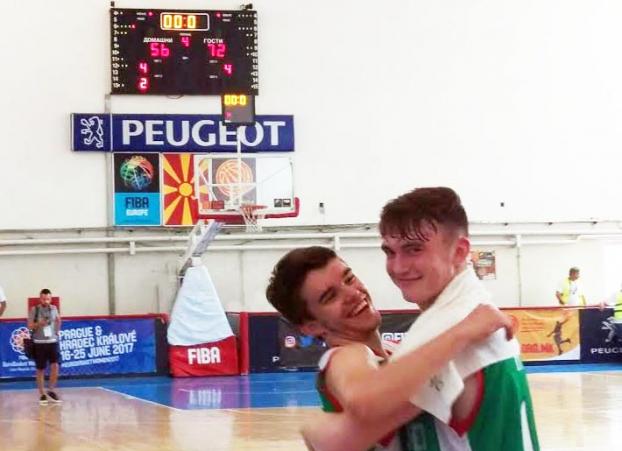 Ireland produced a remarkable show of mental toughness to beat Cyprus 72-56 on the last day of the FIBA U18 European Championships. Ireland had lost by six points to the same side on the opening day, but bookended their trip with victory in the classification game for 23rd place.
âItâs a great feeling to win the game,â said Assistant Coach John Finn. âWeâve worked really hard on defence in every game and it was just unfortunate we hadnât won one or two game previously. Weâre smaller than every team here but the lads have been fantastic.â
It was a sluggish start from the Irish and the scoring dried up with three minutes left in the first quarter. Four points from Adam Drummond had kick started the score board but Cyprus led 18-12 after 10 minutes and Ireland needed a spark in the second.
Cyprus had the lead out to 23-14 after 13 minutes before an 18-2 run injected some real energy into Irelandâs mission. Oisin OâReilly netted a three-pointer and Matt Treacy made four from five shots including a strong drive past two players.
The Cypriots were on par for much of the third quarter and Pavlov Stavrinidesâ double-double was causing problems. Having missed their first nine three-point attempts, Ireland recovered to shoot at 63% as Conor Curran, Tariq Guebaili and Treacy made successive triples for an edge in the third quarter.
Ireland were back in action less than 24 hours after giving up a 15 point lead to Albania and their fourth quarter was an incredible show of resolve. With 50 points coming off the bench, Robert Sullivan got on the scoreboard and Daniel Heaney led the way down the stretch. âWe had a lot of structure on offence and had great defence,â said Finn.
The result also cemented Irelandâs ranking with the second lowest turnover rate in the tournament.
Ireland: E. Rockall* (4), C. Curran* (7), A. Drummond* (6), T. Guebaili* (5), D. Ring*, B. Ashton (1), M. Treacy (27), R. Sullivan (3), S. Commins, O. OâReilly (5), A. Heaphy, D. Heaney (14).
Box Score: http://live.fibaeurope.com/www/Game.aspx?acc=0&gameID=99110&lng=en
Return to FIBA European Championship Game Zone