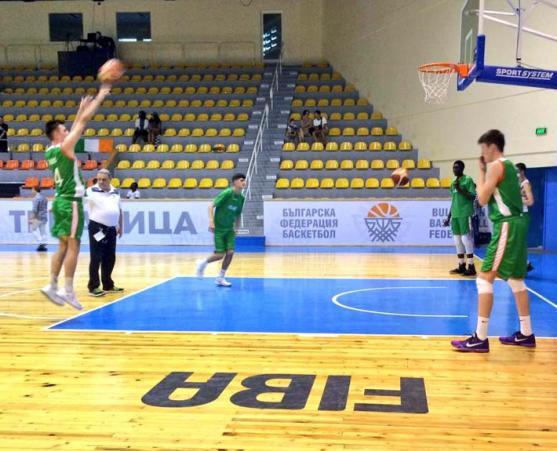 Tuesday 16th August
FIBA U16 Menâs European Championship - Division B
Ireland 58, Israel 61
Triaditza Hall, Sofia, BUL
Ireland saved their best performance of the FIBA European Championships for the last game of the group phase, even if it ended in an agonising 61-58 defeat to table toppers Israel. Next up are the 17-24 Classification Games and a match up with Luxembourg tomorrow.
James Beckom came into the game as one of the top ten shooters in the tournament and made his presence felt in the very first possession with a steal and a layup. Fellow starters Max Amadasun, Cian Heaphy  and Darragh OâSullivan were on the scoresheet early and five points off the bench helped Ireland to hang in there - Robert Blake had three of them and Kris Arcilla nailed a two pointer on the buzzer with Israel leading 16-14 for the first quarter.
Israel opening the second quarter with a 6-0 run, but Ireland were on par for the stanza with Cian Heaphy leading the scoring. It wasnât until another dry spell in the last 3:30 of the half that the lead went out to 33-22.
Irelandâs third quarter was stunning. Trailing 40-26 at one stage, they levelled the game with a 15-1 run. David Murray got his first basket of the game before Amadasun wrapped up his double-double and Cian Heaphyâs monster three brought the scores to 41-41.
Scott Hannigan nudged his side in front with a reverse layup and James Beckom made successive baskets for a four-point lead late in the fourth.
Israelâs winning habit stood to them down the stretch as Ireland failed to muster a score in the last 3:12. Alon Druker's first basket of the game proved the game winner with 1:12 left - he was Israel's 12th scorer in the game.
âEveryone thought we were going to be blown out but weâve shown people weâre tough to beat,â said point guard Kris Arcilla. âWe left everything on the court.â
Ireland: P. Kelly, C. Heaphy* (15), R. Cahill (3), J. Beckom* (10), K. Arcilla (4), S. Hannigan (6), D. OâSullivan* (5), M. Convery, J. Moran DNP, D. Murray* (3), M. Amadasun*.
Box Score: http://live.fibaeurope.com/www/Game.aspx?acc=0&gameID=97495&lng=en
Click here to return to FIBA European Championship Game Zone
.