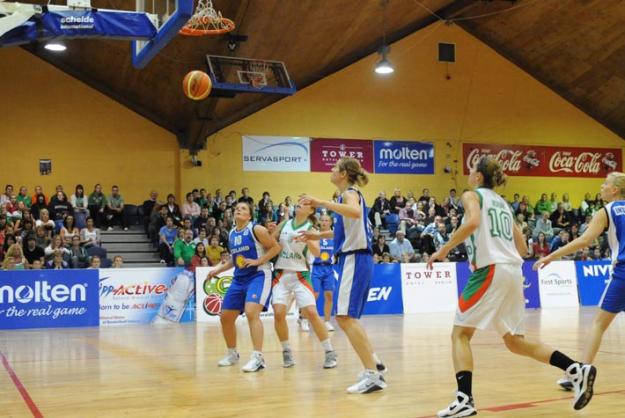 Ireland and Iceland have named their squads for the upcoming 'Fire & Ice' series in Dublin and Cork.
The sides will meet at the National Basketball Arena for the first time since 2009 on Friday September 9th before a replay at Neptune Stadium on Saturday September 10th.
Both island nations competed in the 2009 Eurobasket Qualifiers before dropping off the international map at FIBA level. Iceland returned to action with silver at the European Championships for Small Countries in 2014 and are now competing in the FIBA Eurobasket 2017 qualifiers. They are third in Group E ahead of Portugal but behind Hungary and Slovakia.
Ireland returned to the International scene in 2016 with a silver medal at the FIBA European Championships for Small Countries with two players who played against Iceland in the 2009 qualifiers.
Claire Rockall started all four games for Ireland at this summerâs European Championships in Gibraltar, but came off the bench as a rookie in a 71-65 win over Iceland at the National Basketball Arena on August 26th 2009. Sarah Woods was also a substitute that day and was named on the tournament All-Star team in Gibraltar.
All 11 silver medallists have been named in the squad along with Ireland U18 starlet Claire Melia who impressed with double-digit scoring in both friendlies against the North Carolina Tar Heels in August. Grainne Dwyer returns to captain the side.
Two Icelanders will be making their return to Dublin - Ragna BrynjarsdÃ³ttir and SigrÃºn ÃmundadÃ³ttir also graduating from the subs bench to the starting five over the past seven years.
The similarities continue as Head Coach Ãvar ÃsgrÃ­msson, like Mark Scannell, is also in his second stint in charge with his country.
A number of younger players are also on board with Iceland. SylvÃ­a HÃ¡lfdÃ¡nardÃ³ttir notched a double-double in a 71-65 win against Ireland at the FIBA U18 European Championships last year with ElÃ­n HrafnkelsdÃ³ttir also making an impression.
With Americanâs dominating the All-Icelandic League Awards in 2016, Gunnhildur GunnarsdÃ³ttir proved her worth at shooting guard with a spot on the All-Domestic Players Team for league and cup champions Snaefell. All squad members play their club basketball in Iceland.
Ireland Squad:
Aine McKenna PG 1.76m
Sarah Woods SG 1.76m
Casey Grace PF 1.82m
Claire Rockall SG 1.80m
Amy Waters PF 1.80m
Grainne Dwyer PF 1.80m
Danielle OâLeary PG 1.76m
Michelle Clarke SG 1.77m
Sinead Deegan PG 1.76m
Aine OâConnor PF 1.82m
Aoife McDermott C 1.84m
Claire Melia C 1.98m

"Hopefully the fans will come out to support us." https://t.co/SXcZK6FqRD #GreenShoots pic.twitter.com/aEg2ZfrjlY