The Subway School of the Month: Scoil Chriost Ri of Portlaoise 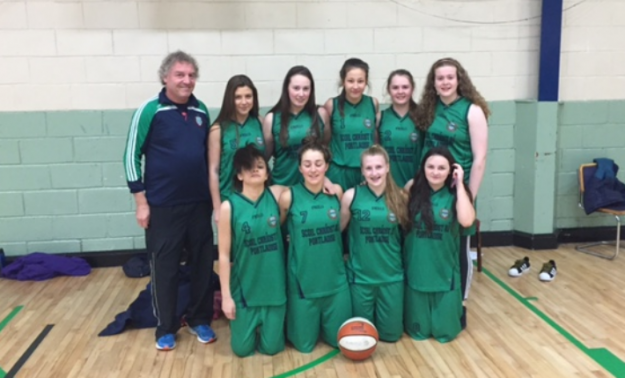 The Subway School of the Month has officially been announced, with the honour going to Scoil Chriost Ri of Portlaoise.

The Laois school has a long and proud tradition in Schoolgirls Basketball, winning their first All-Ireland at Senior B level in the 1989/90 season and have represented Ireland twice at the World Schoolgirl Championships (Israel 1999, Turkey 2001).

The present Senior A side are currently unbeaten in the Midland Championships and had an impressive win over St Paul’s Oughterard in the Cup to qualify for a quarter-final tilt with Ursuline Sligo.

Many of the team were All-Ireland Runners-Up last season at U16 A level in both the Cup and Championship, losing both finals to Holy Faith Clontarf.

Led by their captain, Irish International, Maeve Phelan, the team combines the experience of Orla O’Donovan, Aisling NcAuley, Alice Dunne and all-rounder Erone Fitzpatrick with the youth and exuberance of Amy Byrne, Sarah Fleming, Sophie Delahunt and Jasmine Burke and are multi-talented with All-Ireland wins in Gaelic football, soccer and camogie part of the school’s phenomenal success in sport.