Ireland Under 16 squads all set to venture east 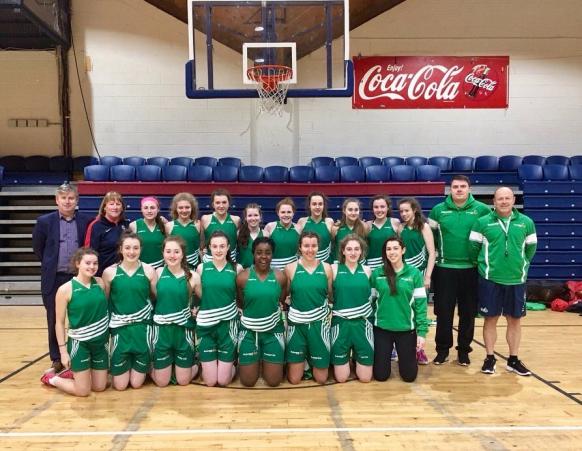 The Irish Under 16 Men's and Women's national squads are gearing up for a very prestigious event in the coming days, as they travel to Belarus for a special tournament that is being held there in honour of the country's late Sports Minister.

The games will be played in Minsk with the squads travelling tomorrow (December 1st) and returning on Monday, December 5th.

Along with the host Belarus, two other teams - Poland and Lithuania - will also feature in the tournament. On the women's side, Lithuania and Belarus finished in the elite 8 of the 2016 European A Championships while Poland won this year's B competition.

On the Men's side, Lithuania were 2016 European Championship U16 Division A finalists - falling to Spain in the title match - while Poland will move from Division A to Division B this summer and may be a potential opponent this summer in Sofia, and Belarus finished 5th in the B Championships.

The tournament will provide both squads with formidable competition over the coming days and represents an excellent opportunity to experience top flight European basketball.

Ireland Under 16 Men's Head Coach Pat Price commented: "We are excited to have the opportunity to take on three top-tier countries during our trip to Minsk. This tournament will serve as an excellent benchmark for us as we continue preparations for European Championships in August of next year. We're really looking forward to it."

Also commenting on the upcoming tournament, Ireland Under 16 Women's Head Coach Andy Gill stated: "Top level international games are a vital component in the preparation for next year's Europeans. The players will face a level of intensity that can only aid their development."

Keep an eye on Basketball Ireland's social media (Facebook here and Twitter here) over the coming days for updates.