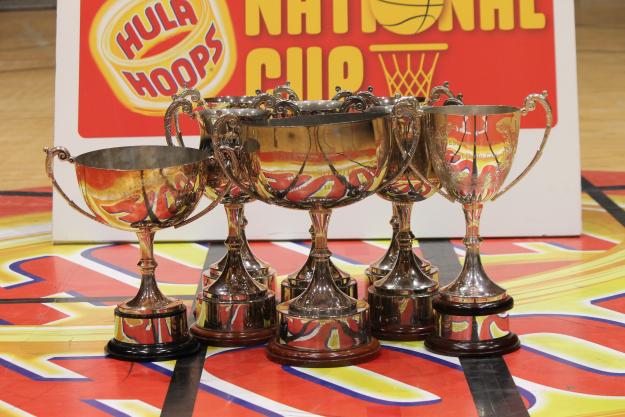 Find Under 18 and Under 20 results here.

LEGENDARY basketball coach Joe Shields oversaw Maree BC's victory in the Hula Hoops NICC Women's National Cup semi-final on Saturday to reach the club's first such final with his side denying St Mary's Castleisland by 25 points.
Maree raced into a nine-point lead with captain Michelle Fahy helping herself to four, and an assist. Lorraine Scanlon of St Mary's was tasked to mark her former teammate with whom she previously won a number of Women's National Cup titles with University Limerick, and the Kerry footballer did well to curb the former Irish international star. But Fahy's experience was instrumental in bringing the likes of point-guard Carol McCarthy and Dayna Finn into the game.
Aoife Nolan opened the scoring for St Mary's but some erratic offensive play made it easy for Maree to make interceptions, while a reverse layup by Fahy was the highlight of a mediocre first quarter as Conor Brosnan's side managed just six opening points (20-6).
Tracey Hartnett added a bit of spark on the restart assisting Nolan, who remained the primary scorer for the Castleisland side, while Scanlon, Eileen O'Connor and Mary Herlihy did well to bring pace to St Mary's portfolio. However, great defensive play denied them from making any dent in Maree's lead, and they would trail at the turnaround by 18 points (32-14).
St Mary's started the third with more fight however, with Nolan and O'Connor the key instigators, while a sweet assist by Scanlon saw O'Connor add to a five-point unanswered run for the Kerry side.
Nicola O'Connell picked up her fourth foul early in the third and Maree now had to soak up the pressure as coach Brosnan's side double-teamed any chance they got. Philomna O'Connor and O'Connor both hit threes to reduce the deficit, but Finn and Fahy found scores to maintain Maree's advantage, while Colleen McInerney hit a buzz-beater entering the final quarter to lead 46-27.
Maree completely dominated the last leg of the contest with McCarthy, Fahy and Finn punishing St Mary's on the transition, whilst holding their opponents to just nine points in the quarter.
Joe Sheild's side will now face the winners of Mucko Lakers and Limerick Celtics in the second ever Hula Hoops Women's NICC National Cup final at the end of the month.
Speaking after the game, Shields was thrilled in reaching the final for the first time in the club's history.
"We put this team together not so long ago and a few players came back after a few years and I'm delighted to have them in the side. It's a breath of fresh air and the game is nothing new to them.
"It's great to get to the final and it's a great initiative by Basketball Ireland and you have to congratulate them on it," he added.

The Men’s NICC semi-finals rounded off the weekend, with Blue Demons showing their depth and talent in a dominating display over a six-man Limerick Celtics, in Parochial Hall.

The Cork team ran out convincing 92-65 point winners with Niall O’Reilly the shooting star for the side, netting a whopping 39 points in total, proving especially decisive in the fourth quarter.

Shane McCarthy for Demons was hitting three-pointers without breaking a sweat, while O’Reilly and O’Mahony rebounded well to ensure Limerick had a tough battle on their hands from the off.

Nonetheless, they rose to the challenge through the scoring prowess of American Victory Scholar, Dillon Burns, who controlled Limerick’s offense and led the scoring for the Celtics with an impressive 31 points, showing off his range with both impressive inside work and outside shooting. He was supported well by team mate Galvin, who worked extremely hard on both offensive and defensive boards, and was one of the team’s top scorers.

However, the depth of the Demons’ bench proved too much for a resilient six-man Limerick, and Demons booked their spot in this year’s Hula Hoops Men’s NICC Cup finals, which will take place in the National Basketball Arena in Tallaght from January 27th to 29th, 2017.

In the second Men’s NICC semi-final clash in Neptune Stadium meanwhile, UCD Marian righted the wrong of their crash out of the Hula Hoops Men’s National Cup the night before when their NICC team pipped Ballincollig in one of the most nerve-wracking finales of the weekend.

A superb second half comeback from the Cork team saw just one point between the sides with a minute to go, as Colin Murphy, Dylan Corkery and Daniel O’Sullivan shone the brightest in a second half display that had the crowd on its feet throughout.

The cool, calm head of Mark Ryan for UCD meanwhile, saw them matching Ballincollig score for score at the other end, teeing up a riveting finale that ultimately ended on the free throw line.