Hula Hoops National Cup Gamezone (U18 and U20) 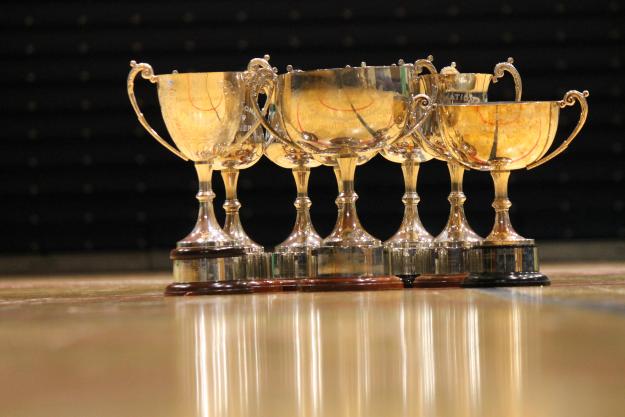 ADAM DRUMMOND and Cian Heaphy stole the show for BFG Neptune Under 18 men’s team this morning as they proved to be the shining stars at both ends of the court as the Cork team moved one step closer to defending their Cup title with a 97-71 win over Liffey Celtics.

In a game that saw Neptune lead for the four quarters, there were a number of stand out players on both sides including Sean Jenkins, Cian Heaphy Darragh O’Sullivan and Scott Hannigan for the home team, while Renz Valenzuela, Cholo Anonuevo and Finn Hughes were the driving force behind the Kildare side making some vital interceptions and netting some brilliant shots to keep Celtics in it the whole way through.

“It is good, but there’s a lot of things we got wrong there today,” said Head Coach Paul Kelleher. “I think there are a bit of nerves there, we’re hosting and probably feeling a bit of anxiety with the expectation to get three teams to the final, but we’ve two down now, one more to go tomorrow.”

Templeogue and KUBS dished up a thrilling Hula Hoops Under 18 Men’s National Cup semi-final in Neptune stadium this afternoon as a close and exciting second half saw the final score in doubt for much of the fourth quarter.

Superb scoring from KUBS in the closing five minutes though did enough to seal a 61-71 victory and send them on the road to the final at the end of the month.

Donal McKay was the star of the second half for KUBS, netting four three-pointers in a row to stem the tide of the Templeogue comeback and his shooting coupled with a thrilling display from Jordan Fallon is ultimately what helped them over the line.

It was a close and competitive affair in the first quarter, with KUBS having just a four-point advantage at the buzzer (14-18), but Fallon began to show his flair in the second quarter and a strong display from Eoin McKann helped KUBS to a 29-44 lead at the half time break.

A superb third quarter display from Templeogue put the game right back into the melting pot though, as Mark Gilleran and Sean Daly drove them forwards with strong defensive displays and good transitions on offence to leave just six in it going into the last, but KUBS were too strong as the clock ticked down and ran out 10 point winners in the end.

DCU Mercy just got the better of Portlaoise Panthers in a thrilling Hula Hoops Women’s Under 18 Cup semi-final in Parochial Hall in Cork this morning, netting a 56-51 point win.

In what was a very face-paced game, Claire Melia scoring prowess was one of the big talking points of the game as the Irish international netted 25 points for Portlaoise.

It was neck-in-neck throughout the opening two quarters, with Rachel Huijsdens and Bronagh Power-Cassidy standing out for DCU Mercy. At the other end, Melia was dominating under the boards and Maeve Phelan covered every part of the court for Portlaoise to leave just one point between the teams at half time, 31-32 in favour of Portlaoise.

A tense and close second half ensued, with the teams matching each other score for score, but DCU just had that extra bit more and a superb three-pointer from Power-Cassidy put five points between them midway through quarter four and she followed up with a lay-up to send DCU into a seven-point lead and ultimately, to victory.

Glanmire stormed their way to victory in the Hula Hoops Under 18 Women’s National Cup in Parochial Hall this afternoon, as they defeated Liffey Celtics 82-54.

A high intensity game from Glanmire throughout the four quarters ensured some fantastic displays of passing and scoring, with the Cork side driving into a 25-10 lead at the end of the first quarter. Liffey Celtics found their feet in the second though, and good shooting from the in-form Ciara Bracken kept the scoreboard ticking over. Louise Scannell was hugely impressive for Glanmire and as well as chipping in with 22 points over all, was also hugely effective defensively.

A buzzer beater at the end of the third quarter from Jayne Fitzgerald gave Glanmire a 20 point lead, and they pushed on from there into the fourth to win comprehensively 82-54.

THE HOME crowd were on their feet in Neptune Stadium this morning as the hosts completed a historic treble of semi-finals wins earlier with a 62-73 point win over Maree in the Hula Hoops Under 20 Cup semi-final.

This morning’s win marked the completion of a busy weekend for the team, as on Friday night, their senior men’s side qualified for the President’s Cup final with a win over Kestrels, and their Under 18 Men’s side overcame Liffey Celtics on Saturday morning to ensure a final spot. Now Neptune will be defending two titles in the National Basketball Arena in Tallaght at the end of the month thanks to an outstanding display this morning in what was a fast-paced and thrilling game.

In a repeat of last year’s Under 20 semi-final which proved to be a nail-biter, this year’s billing lived up to all expectations, with Eoin Rockall dazzling on the court for the Galway team, driving through the Neptune defence time and time again to bag 20 points in total.

Neptune just had that bit too much depth of talent though for Maree, as Conor O’Sullivan, David Murray, Adam Heaphy and Cian Heaphy were all on form to keep Maree at arm’s length when it mattered the most.

“We’re delighted, we’re over the moon – three teams are there, we’ve achieved our goals, but nothing’s done – we have to go on and win. It’s not successful now unless we go on and win the three. It’s great to get there and we won’t be taking our eye off the ball now for the next few weeks."

A late surge just wasn’t enough for a spirited and determined Moycullen side as they were defeated by KUBS BC 67-82 in the second Under 20 Men’s Hula Hoops National Cup semi-final in Neptune Stadium this afternoon.

A close and fast-paced first quarter saw nothing between the two sides as they each tried to gain the upper hand, matching each other score for score, with KUBS just having the edge at the buzzer, 17-19. A superb display from Marcus Black for the Dublin side ensured that KUBS pushed out further into the lead in the second quarter, with good scoring from Kevin Doran to see them 34-41 to the good at the break.

Moycullen were determined to throw everything they had at the game though, and kicked off the second half in style, with Connor Curran driving hard to the net to start closing the gap on the scoreboard, and John Hackett and Joseph Tummon chipped in with 14 and 11 points respectively to ensure a tense final quarter. KUBS just had that bit extra though in the closing minutes and kept their cool in possession to finish strong and set up a final clash with reigning champions BFG Neptune in the Arena at the end of the month.

Reigning champions Pyrobel Killester will return to the National Arena having defeated Meteors by 13 points in the Hula Hoops Women's U20 National Cup semi-final at Parochial Hall on Saturday.
Top scorer Ash McCann opened the scoring with a neat left-handed drive, but Meteors replied perfectly with the first of two three-pointers from point-guard Lauren Mitchell, while Rachel Rice added four points to give Karen Hennessy's side an early six-point cushion.
Shauna Fox added a nice tip-in for Meteors and despite the best efforts of Holly Marie Cassidy for Killester, their opponents would lead 21-8 at the end of the first.
Killester came alive in the second quarter as McCann nailed four frees, a three-pointer and a drive to bring the reigning champions within seven points. With just a three-deep bench, tiredness began to take its toll on Meteors, with Lauren Mitchell and Rachel Rice both picking up fouls.
Led by Aoife O'Halloran, McCann and Ali Connolly, Killester began to capitalise on their neighbour's lesser fortunes to come just three points shy at half-time, 26-29.
In the third quarter the game came to life with McCann and Rice providing the entertainment value.
Meteors kept their lead courtesy of Olivia Reid and Lizzie McGonnell combining for five points, but the two Alis - Connolly and Cleary - tag-teamed, both finishing fastbreaks. But it would be the huge three-pointers netted by Lyons, McCann (2) and Connolly that would see Killester take just their second lead of the game as they entered the final quarter (46-45).
Having regained the lead, they had no intention of losing it, and with McCann mesmerising, and substitutes Sarah Malone and Maria Long also contributing, they ensured their return to the National Stadium.
Speaking following his side's win, coach Ciaran Roe was impressed with his team's second-half display.
"It was much improved. We didn't come out and compete in the first quarter and it was quite disappointing but to be fair to the girls they fought through and luckily we came out on top. Whoever we will face they have plenty of talent and it's going to be a tough battle," he added.

DCU Mercy set up an all-Dublin clash against Killester in the Hula Hoops U20 Women's National Cup final having held off a second-half comeback by Ambassador UCC Glanmire in the semi-final at Parochial Hall on Sunday.
The Dubliners completely dominated the opening quarter with Nicole Clancy, Rachel Huijsdens and Anna Brennan all contributing to an 11-0 run. Glanmire's initial attacking play was too erratic and DCU Mercy punished almost every time on the transition to lead 20-7 at the end of the first quarter despite good play by Annalise Murphy.
Glanmire opted to switch to a zone defence in the second, while at the other end of the court Hollie Herlihy produced a tidy and-one for the homeside. Louise Scannell and Olivia Dupuy were also doing their best but good shooting by Bronagh Power-Cassidy, Aoife Mcguire and top scorer Huijsden saw DCU lead 32-20 at the half-time.
Whatever was said in the Glanmire dressing room changed their dynamic upon the restart as Hayley Linehan and Jayne Fitzgerald reduced the gap to eight points.
Point-guard Annaliese Murphy was the primary instigator with Fitzgrelad and Siomone O'Shea trading baskets, before Scannell and Mcguire did the same beyond the arc.
A decisive three by Bronagh Power-Cassidy set the tone for the fourth quarter however as the Dubliners managed to regain control of the tempo of the game and beat the full-court press. Dupuy, Murphy, Scannell and Herlihy weren't giving up however with Scannell in particular leading the charge.

A three-pointer by Brennan for DCU made it a 10-point game, but when Annalise Murphy immediately replied with one of her own, the full-house in Parochial Hall erupted (41-48).

Another huge three by Murphy two mintues later made it a six-point game with 90 seconds on the clock but points from Brennan, Power-Cassidy and Huijsdens - who finished top scorer with 21 points - ensured DCU Mercy were headed back to the National Arena to face Killester in three weeks' time.

"It was a really nice win. They did fine against the press the whole game but when we started turning it over we needed to calm down and we came through.

"It's Killester next in the final and I think we're ready," she added.