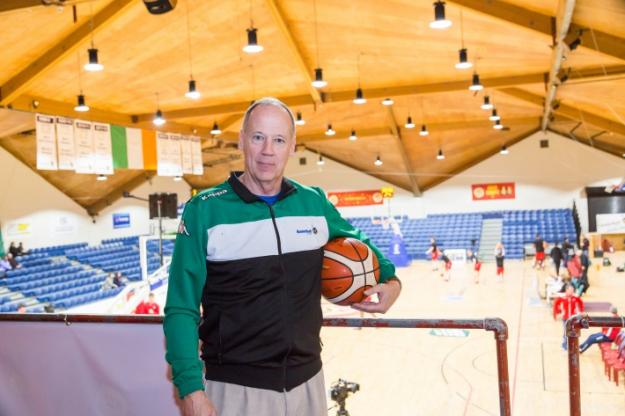 Speaking about the squad announcement Strickland stated: “On behalf of our current Irish Senior Men's National team staff of Assistant Coach Ioannis Liapakis and Team Manager Tom O'Malley, it is an honor to announce the selection of our initial 20 basketball players for the Irish Men's National Team. Selecting just twenty from a far more expansive grouping of quality players in the country was difficult. Nonetheless, preparing for the 2018 Small Nations Tournament demands that we now begin the process of building a team that all Irish basketball players, indeed, all of Ireland, can be proud of. Training will commence this April, allowing our team members to complete their respective seasons with their current club and university teams,” he continued.

“It is my avowed goal to make this Irish team a living embodiment to teamwork, hard work and basketball acumen that all of Europe must contend with. Personally, I am thrilled to follow in the footsteps of friends, mentors and colleagues such as Danny Fulton, Enda Byrt, Bill Dooley, Gerry Fitzpatrick, Jay Larranaga, and others, as well as recently acquainted Collin O'Reilly, all men who have successfully coached the Irish squad in years past.”

Strickland will return to Ireland in April where he – along with Assistant Coach Ioannis Liopakis – will bring the squad together for their first training session.

The players selected are (alphabetically by first name):