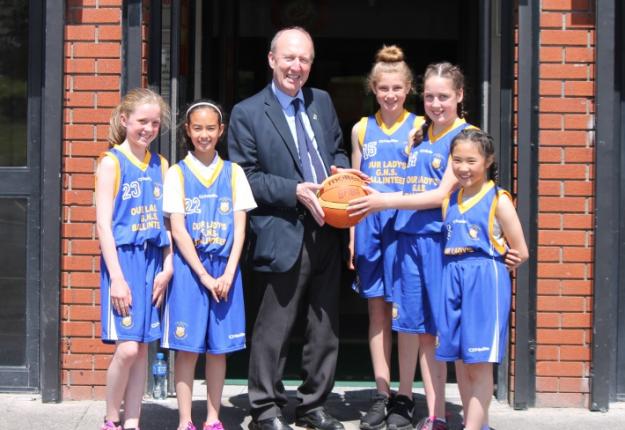 81% of the teachers teaching teams are women

Speaking at the event Minister Ross stated: “I am impressed with the ethos and scale of Primary Schools Mini-Basketball and the involvement of so many female primary teachers.”

The rules ensure that all players get the same court time while also acknowledging the positive aspects of competition by awarding plaques to the overall winning team and runner-up team in each tournament. 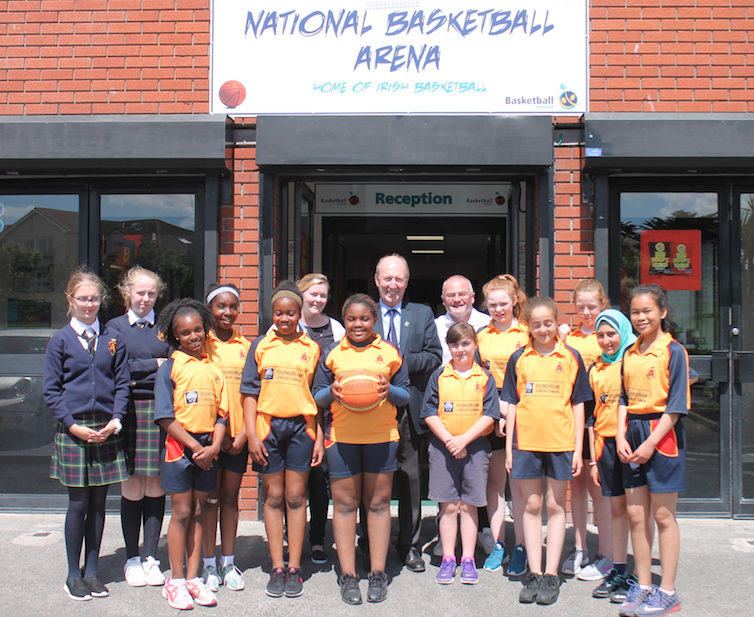 ‘Just Play Mini-Basketball’ was introduced for the first time – whereby the children play with referees but scores are not kept and there are no winners. The Junior Tournaments involve teams of 12 playing 6 periods of 4v4 to facilitate better learning outcomes.

The tournaments are organised by the Dublin Primary Schools Mini-Basketball Board which is managed by primary teachers and is registered with Basketball Ireland.

The Dublin tournaments are held at the National Basketball Arena, the Oblate Hall Inchicore and Coláiste Éanna Rathfarnham.

The Mini-Basketball brochure, teaching videos, the Mini3on3 booklet, rules, scoresheet & guidelines along with a new Refereeing Video can all be downloaded on www.primaryschoolsminibasketballireland.com

For further information on the activities of the Dublin Primary Schools Mini-Basketball Board contact the Coordinator Catriona Casey on casey.catriona@gmail.com or the Chairman Noel Keating on noelkeatingwoodlawn@gmail.com