RESULTS: Ireland U16 Women in action at Reze Tournament 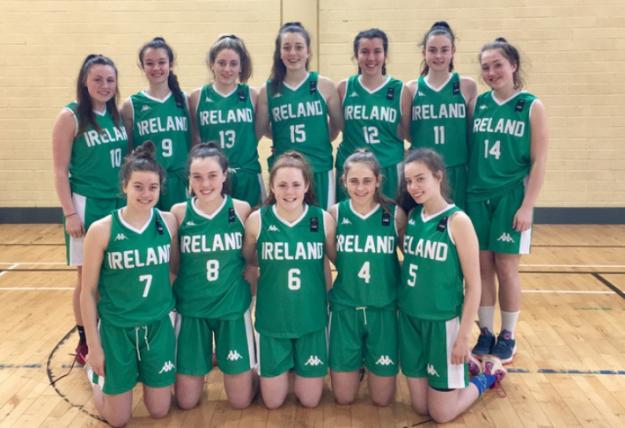 Ireland's shooting woes continued in a game that saw them up by one point at half time despite their continued difficulty against the press.

Ireland's improved display saw them down by three (11-14) after the first quarter and then play some excellent full court defence sent them into a 24-23 point lead at half time. They restricted The Netherlands to 20% shooting from the field whilst posting a far more respectable 30% themselves. Anna Lynch with five points and Abby Flynn, Ciara White and Alex Mulligan all with four points each led the scoring.

Ireland performed poorly against the press defence however, but were defensively very good and entered the second half with positive intent.However, shooting 2/27 meant that the Netherlands pulled away to a 44-27 point lead after the third, and there was no coming back from that. The fourth quarter mirrored the third with five points scored for the Irish and they lost out 59-32 in the end.

Coach Gill commented afterwards: "We were much improved in the first half with some excellent defence but, as yesterday, our inability to break a press and poor shooting meant that all our good defence was dissipated. It's very simple - you cannot shoot 19% and concede 33 turnovers and win a game. We have to learn pretty quickly ways to improve in these areas because despite their A status, the Netherlands could have been beaten."

Great support for the Irish U16 Women's team over at the Rezé tournament in France #GreenShoots pic.twitter.com/9eQqKL6tHT

Ireland Under 16 Women faced the might of Croatia, a consistent Top 8 A Division country and learned a tough lesson about life in the higher echelons of European underage basketball.

In every other international game played, Ireland's first quarter play had always been excellent but 0/11 shooting and 9 turnovers against an oppressive full court defence told its own story and saw a resultant score of 3-18 with just three free throws from Niamh Kenny and Alex Mulligan to show at the end of the quarter.

Ireland had no choice but to try and improve, but it was a tough battle and reached the half 18-43 down with Katie Williamson and Alex Mulligan with five points and Ciara Bracken with four points.

Steady improvement was shown throughout the second half with Ireland winning the last quarter 15-10 against the second five of Croatia. Katie Williamson with 10 points and 9 boards led the scoring supported by Abby Flynn with 9 and Ciara Bracken 8. A score line of Ireland 43, Croatia 76 showed a determined effort to make improvements.

Coach Andy Gill commented afterwards: "We shot 19%, 8% from the 3-point line, 56 % from the free line, were out rebounded 59-43 and had 31 turnovers . The stats don't lie and there was an undoubted differential in skill and physicality. However, you don't ever criticise an Irish team for effort and work rate and that helped us. We all learned so much which is really the point for these young players. 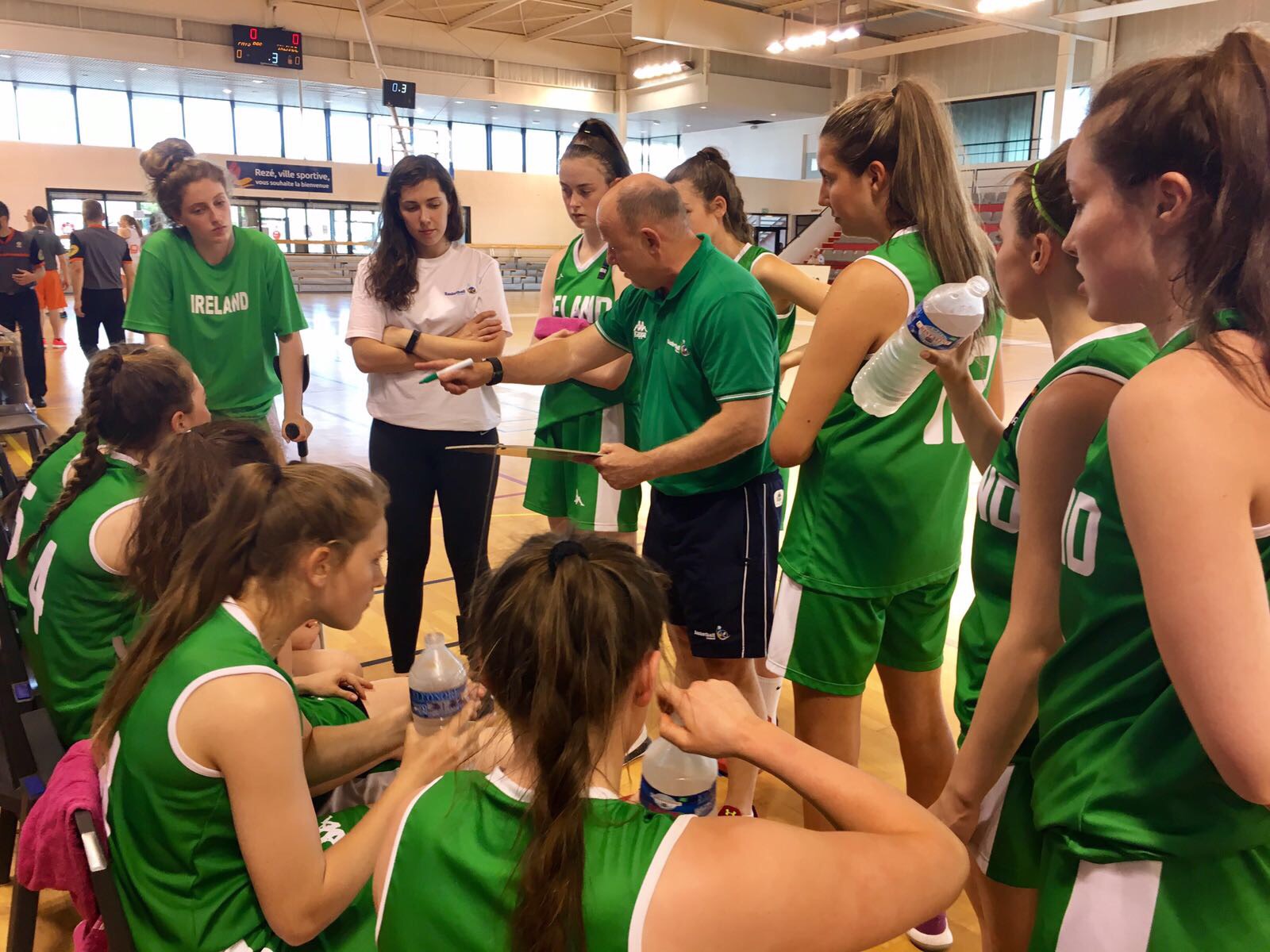 Ireland Under 16s Women's team lost a close game against a big and physical Chinese side on day one of the tournament.
As so often happens with this team, they got out to a fast start taking the first quarter 15-9 with both Ciara Bracken and Abbey Flynn penetrating to the basket and feeding Katie Williamson for a quick six points.
The second quarter saw China employ a suffocating 3-2 zone and Ireland struggle to score. Alex Milligan had 4 points , Lainey Nolan battered manfully on the boards and Erin Maguire worked hard defensively. At the end of the second quarter Ireland were down by three points, 23-26 and lost an important forward in the second quarter with a sprained ankle after scoring three points.
As is often the way in basketball, the third quarter proved pivotal with Ireland only scoring seven points. Niamh Furlong and Niamh Kenny worked hard against bigger opposition, but the rebounding parity Ireland had at half time was lost with China dominating the boards. The third quarter ended 30-40 to China.
Ireland showed their battling spirit in the fourth quarter with some excellent one-on-one scoring from Alex Mulligan, a timely three pointer from Anna Lynch and continued assists from Ciara White.
In the end though, Ireland's weakness at the free throw line and some easy missed baskets meant that despite only being six down with 90 seconds to play, they just ran out of time. Final score Ireland 48- China 55.

Coach Andy Gill commented: "Despite being out-rebounded and having huge difficulty opening our offence, this was a game we could have won. We missed 10 easy lay-ups and executed poorly offensively. Despite this, the girls battled superbly and I am sure will learn from the disappointing loss."
Scoring: Alex Mulligan 14, Abby Flynn 9, Katie Williamson 8, Anna Lynch 5, Katie Walshe 3, Ciara White 2, Ciara Bracken 2, Niamh Kenny 2, Mia Furlong 2, Erin Maguire 1, Lainey Nolan

The squad who will represent Ireland at the tournament includes:

You can find out more information on the tournament here.