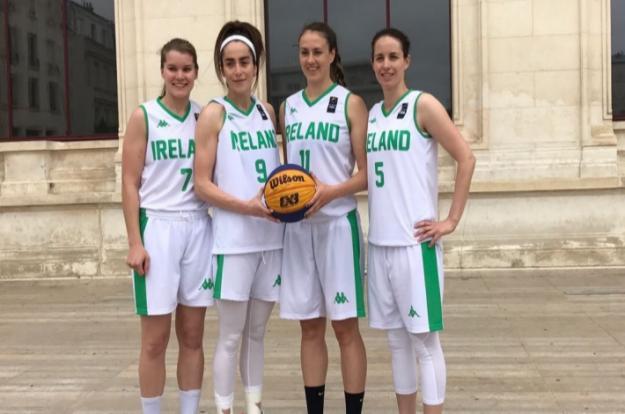 The pools for the FIBA 3x3 Europe Cup in Amsterdam have officially been announced by FIBA this afternoon.

The Irish Women’s 3x3 team qualified for the Europe Cup following a blistering performance at the qualifiers in France last weekend, which saw them cause a major upset when they overcame FIBA 3x3 World Cup bronze medalists Ukraine in the quarter-final to book their spot at the Europe Cup.

Today's pools follow the automatic seeding based on the FIBA 3x3 Federation Ranking. Now, the Irish will go on to contest the Europe Cup in Amsterdam from July 7-9th and have today been drawn in Pool D alongside France and the Netherlands, who are ranked fourth and sixth in the world respectively with The Netherlands most notably reaching the semi-finals of the 2017 World Cup.

World Cup champions Russia, who defeated Ireland in the semi-finals of the Europe Cup qualifiers at the weekend have been drawn in Pool B with Spain and Slovakia, while Hungary, Switzerland and Romania make up Pool A, and Czech Republic, Italy and Serbia will play in Pool C.

Speaking about the news, Head Coach Matt Hall stated: "There's no easy group when it comes down to the 12 best teams in Europe. We are concentrating on being as prepared as possible and aim to try and cause another upset."

The team who will represent Ireland at the FIBA 3x3 Europe Cup is: