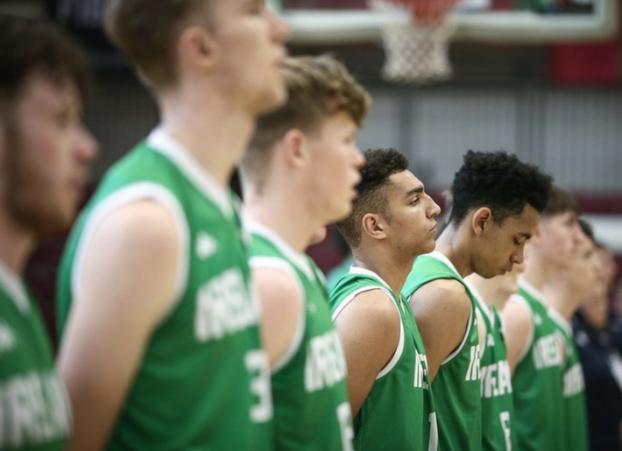 Despite getting the more balanced scoring attack that Ireland had wanted, Ireland came up narrowly short against Luxembourg in their final game of the U18 European Championships in Estonia.

The first quarter was a close battle as Liam Chandler was rebounding well on the inside and Sean Jenkins provided some early scores. After ten minutes Ireland trailed 17-14 and were very much in the game.

The second quarter was positive again for Ireland as they were now getting more scoring support from across the team. Patrick Lanipekun was having his best offensive game, while Oisin O’Reilly hit two big three pointers as part of his first half ten points. At the break Ireland were within touching distance down six, 37-31.

Conor James halftime talk worked wonders as Ireland raced into their first lead with a 9-2 run to start the 3rd. Lanipekun hit a big three while McCann and Jenkins were also finding their way to the basket. Luxembourg called a timeout and soon settled back down. The rest of the quarter was back and forth and a Sean Jenkins basket with 2 seconds left Ireland down just two at 51-49 going into the final quarter.

Unfortunately for the boys in green their offense dried up to start the fourth and Luxembourg took full advantage. A big run left Ireland staring down an eleven point lead with just five minutes remaining. Despite their best efforts Ireland couldn’t get back in contention and Luxembourg won 72-63.

Speaking afterwards Coach Conor James said “I'm gutted for the lads that we weren't able to get a win while we were here. We had more balanced scoring today but we just couldn't get it done in the fourth quarter. It was a difficult 2 weeks especially losing Cian and Adam but I felt the guys gave all they had and I just wish we had more to show for it.”