The summer that was: A look back at Euros 2017 by the coaches 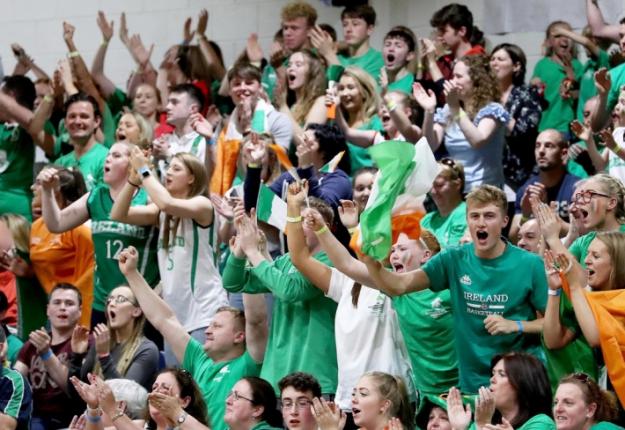 Just a few short weeks ago, the National Basketball Arena in Tallaght was awash with green, white and gold, and olé olé olé was ringing out from the stands.

That moment – as Ireland Under 18 women collected their European silver medal following a memorable tournament and promotion to Division A – was just one of many, many highlights for the Irish basketball community after a hectic couple of months of international action.

We caught up with the coaches of each of the teams who travelled (and indeed, stayed at home) for European Championships this year at Under 16, Under 18 and Under 20 level and the four 3x3 teams, and asked them what their most memorable moment of the summer was.

“My overall highlight was the entire hosting and being part of the European Championships in Dublin this year. Ireland’s performance in these Championships was the big stand out highlight from that, and it was fantastic to be there to witness such a brilliant moment in Irish sport that will live long in the memory for basketball fans across the country.

“From a 3x3 perspective, seeing the Women’s team upset the Ukraine in the quarter final of the qualifying tournament in France was definitely the stand-out moment of the 3x3 summer for me.”

They did us so proud ðªð»ð Ireland women's 3x3 team react to their #3x3Europe Cup games today #GreenShoots pic.twitter.com/L6yhEcYVM8

You can recap on the women's 3x3 qualifiers here.

“My international highlight of the summer was getting to watch players I had previously coached on different squads doing so well on this year’s teams. My under 20 highlight was getting to spend six months with a wonderful group of young women and watch them get better and better.”

You can read all about the Under 20 women’s journey in Israel here.

“My international highlight has to be the under 18 women’s team who captured the nation, especially the basketball community, with their great run. The highlight of our own programme was our opening game of the Euros against Moldova where after all the ups and downs, our hard work and preparation paid off. Winning our first game meant so much to us all.”

You can look back on the men’s journey in Romania here.

“The overall highlight from the summer for me was the fact that there was a great interest in all the Irish teams during the summer, and hosting our own Europeans was huge for the Irish basketball community."

What a reception from the fans at the NBA truly amazing. This team have inspired a generation ððð #FIBAU18Europe pic.twitter.com/1LwVI6nHgO

“The highlight of our Europeans for me was the support we got throughout the tournament. The atmosphere was something special and when you get a group who have a bit of confidence and work so hard for each other, it’s amazing what you can achieve. It would be great if we could build on this and make it an annual event!

Look back on an incredible home tournament for the Ireland U18 women here.

“The international highlight of the summer for me was watching the Ireland U18 women’s team overcome Poland in the semi-final. That win was absolutely huge in what was an amazing journey."

Ireland Under 18 Women are going to a EUROPEAN FINAL BABY!!! And we are officially promoted!!!! ðððð#FIBAU18Europe pic.twitter.com/57Kv8OwPyz

"Personally, a highlight for me was Sean Jenkins scoring 42 points in a European Championships game. It was sensational to watch a player put every ounce of effort he had in his body into putting the team on his back and having the will power to attempt to do whatever it took to succeed – it was incredible to watch."

Read back on the journey for the Under 18 men this summer here.

“My overall Irish international highlight of the summer would have to be the success of the Under 18 women’s team in the Euros. To host a European Championship in Dublin and to be playing in a championship game in front of your home crowd is a memory that will stick in all of our minds for years to come. What they accomplished this summer was unbelievable, and to be a part of it and witness it as a spectator and an ambassador was truly something special. Their performance, along with the atmosphere created by basketball supporters around Ireland was like no other, and will be a stepping-stone for Irish basketball moving forward."

Massive thanks to our #FIBAU18Europe ambassadors Mimi Clarke, Meagan Hoffman & Grainne Dwyer for all of their help & support ðð #GreenShoots pic.twitter.com/r1fIPhPgz7

“The highlight of our European campaign was the experience as a whole with the U18 3x3 team. I was working with such a great group of girls, 3x3 is such an exciting game and it’s been amazing to be a part of developing players into this game. The qualifiers in Riga were an unbelievable experience. To have the opportunity to not only play, but compete, against top-ranked European teams is special within itself and says a lot about the talent we had within the team. The girls and their performance in Riga is, without doubt, the highlight of 3x3 this summer.”

You can look back on the Ireland U18 women’s 3x3 journey here.

“The highlight of the summer for me was going to Latvia with the Under 18 3x3 team. Having the opportunity to play against Russia was a once in a lifetime experience and for the lads to go out there with no fear and win the game was unbelievable. I was very proud of the maturity and self-confidence that the team had throughout the tournament.

“From my experience with the Under 18 team and the men’s 3x3 team, it’s obvious that, given the right training and preparation, Irish teams can compete and be successful at this level.”

You can look back on the Ireland U18 men’s 3x3 journey here.

There can only be one answer to what my overall international highlight of the summer is and that is the magnificent success of the Irish Under 18 Women and the hosting of the tournament in Dublin. It was a perfect storm of a group and management team with huge experience and the support of the Irish basketball public - a never-to-be-forgotten two weeks. From an Under 16 perspective, it must be the fabulous preparation games we had in Nantes, Dublin, Luxembourg and Kaunas.

“The highlight of the Europeans for me was the attitude, demeanor and resilience shown by the squad members was magnificent. I am a hard task master but they took it all in their stride and got their revenge in the end!

“From a game perspective, it was the first half against Ukraine and the win against Switzerland to get us into the 9th/10th place play-off. We were 10-25 down in the first quarter and somehow managed to stay in the game. Basketball is a game of 'runs' and we certainly went on one. That was our greatest victory.”

Check out all the results and stats from the Under 16 women’s tournament here.

“It was a terrific summer for Irish basketball. Overall, I think it’s important that we examine and build upon this success at international level. Personally speaking, the Under 16 men’s performance in Sofia was very satisfying – a culmination of two years of skill development, tactical understanding and terrific team culture. The boys saw many rewards for their hard work, and they’re positioned well going forward. We had very narrow defeats against two of the quarter-finalists and overall, we know that Ireland is not far off being a major player at this level. Reversing a heavy (pool) defeat to Bosnia and Herzegovina just a few days later to capture 11th place was a great highlight for the boys as well."

What a tournament! Congrats to Ireland U16 men once more for a superb win over Bosnia and Herzegovina today #FIBAU16Europe pic.twitter.com/dzWP8yaCJ9

“Certainly, the massive achievement by the Under 18 girls is something from which all of Irish basketball can take pride.  It’s a testament to what can happen when all stakeholders are rowing in the same direction. The fact that the success occurred in Dublin can’t be understated and the excitement and achievement levels were tangible for a whole generation of potential international players. The Under 16 girls also had another strong finish to their Euro campaign – I was delighted to see them pick up some critical wins.”

Look back on the Under 16 men’s team journey here.

And of course, watching all the action from the sidelines as they prep their own squads for Europeans (remember, Ireland is hosting the FIBA Women's European Championship for Small Countries next summer), we also caught up with our two senior head coaches, Mark Scannell and Pete Strickland who were courtside for the memorable games in Dublin.

“For me, there are two highlights,” reflected Coach Scannell. “The unbelievable success of the Under 18 Euros and how well organised it was by the Association, and then, the brilliance of the team in backing that up with an almost flawless tournament – great credit is due to all.

“From a senior point of view, a highlight was having both the senior men and women in Luxembourg at the same event and the way that both coaching staffs were able to use the time to discuss and share ideas around the senior teams going forward.”

Coach Strickland agreed, and added: "There were also two highlights for the Senior Men's team this summer and both involved bouncing back. First, after losing our first international competition this summer to Luxembourg in Luxembourg by seven points, we turned things around in less than 24 hours and won by 16 points the next afternoon. In that win, all twelve players on the roster contributed significantly. In particular, many of our reserves entered the game with us down 10+, only to compete and perform well enough to see us up five at the half! That showed great resilience by the total squad to rebound in such a fashion." 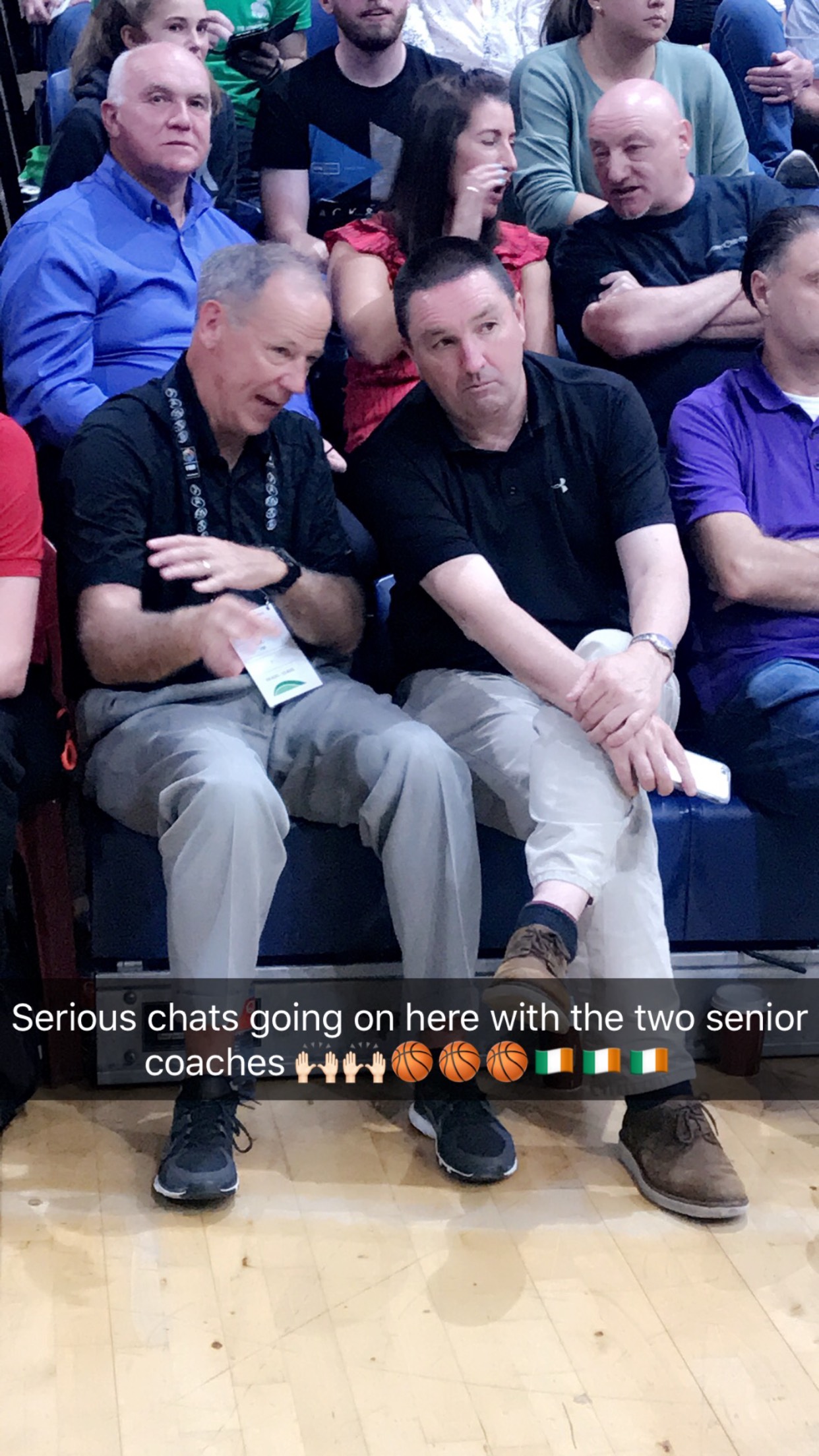 "The second 'recovery' was, after losing to a formidable Scottish side in Scotland - not our best effort - we regrouped and played unselfishly and crisply against Wales in a lopsided win the next day. Wales was not a great side, but the Senior men really executed on the heels of a disappointment to split the series in Edinburgh.

"Lastly, the beauty of the summer was the 'let's get to work! attitude' the individual players brought to each and every training session this summer. In coaching, it is said we often have to 'manage' players. That was not the case with the Senior Men this summer. Ioannis Liapakis, our assistant coach, and I had the rare luxury of just having to coach our players - our team - all summer long. That is largely why this summer was a solid summer of growth; of movement forward."

Other key highlights from an action-packed summer of European basketball for Ireland also saw a huge bronze medal win for the Irish Wheelchair Basketball team at European Championships in July. The team were welcomed home to Dublin airport in style after a superb nerve-wracking finish to scoop the medal with a nail-biting one point win (52-51) over Portugal.