FIBA rule changes to come into effect from September 15th 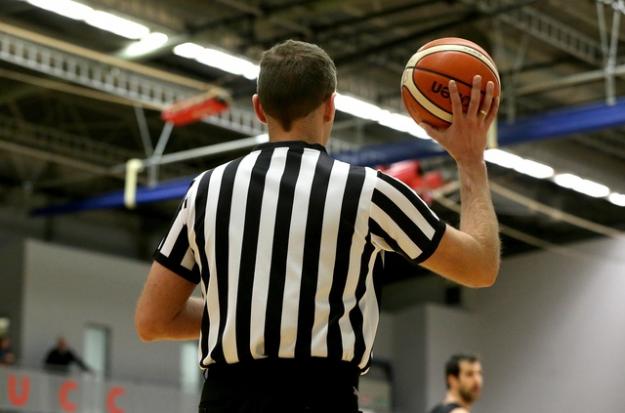 FIBA rule changes to come into effect from September 15th

With the Men’s National League season getting underway this coming Friday, September 15th (see the fixtures here), we caught up with FIBA National Referee Instructor, Paul Dempsey, to find out what the new FIBA rule changes are and what they mean for the game.

Q: Paul, can you explain the new rules?

A: There are a number of new rules/changes to be implemented for the coming season. Many are technical changes in how referees carry out their duties.

The main changes that will affect everyone are changes to the travel rule, changes to unsportmanlike fouls, faking and disquailifying fouls, plus one or two others.

Below is a brief outline on the most important changes and you can also view more here and here.

This change is concerned with how a player establishes his/her pivot foot when they receive the ball and at the end of their dribble. This change is very important not just for our leagues going forward, but also in how coaches will teach players and new players starting out. It can be quite hard to explain it in words, but here is what is to be implemented: while moving and having one foot on the floor (while catching the ball or ending a dribble) the next foot or feet to touch the floor is “Step 1“ and will become the pivot foot.

As a result: The start of a dribble after receiving a pass or catching the ball will become less strict.

A player, who receives the ball and catches it while he is progressing, shall release the ball to start their dribble before their foot touches the floor at there second step. Up to now the ball has had to leave the hand of the player before his foot, that touched the floor at the first step, leaves the floor.

This is a link to a number of videos that will demonstrate the changes.

From now, it shall be considered an unsportsmanlike foul to make contact by the defensive player with no legitimate attempt to directly play the ball within the spirit and intent of the rules, causing an unnecessary contact in order to stop the fast break or the progress of the offensive team in transition. This applies until the offensive player begins the act of shooting.

You can view this link for videos that demonstrate the change to this rule.

A player in the act of shooting:

Purpose: The game disqualification is now also valid for one technical foul and one unsportsmanlike foul.

Purpose: A definition and procedure for faking a foul has been introduced.
Change: Fake is any action by a player to pretend being fouled or to make theatrical exaggerated movements in order to create an opinion of being fouled and therefore gaining an unfair advantage. The infraction can be committed by an offensive (this is a change to last season) and a defensive player.

Q: When will the rules come into effect?

Q: Will it affect all age groups in Ireland or is it just Super League and Division One?

A: Yes it affects all levels, age groups etc.

Q: How will the rules in general impact the game?

A: The difference will be that with the implementation of the above, games should flow quicker with less stoppages and as a result, games should be an even better spectacle for all.

Q: How do you see the changes affecting the game going forward?

A: These changes to the rules could turn out to be the most important changes for many year. In isolation, each helps to improve the game but collectively, they will all make the game more free flowing and dynamic, making viewing for spectators even more enjoyable.