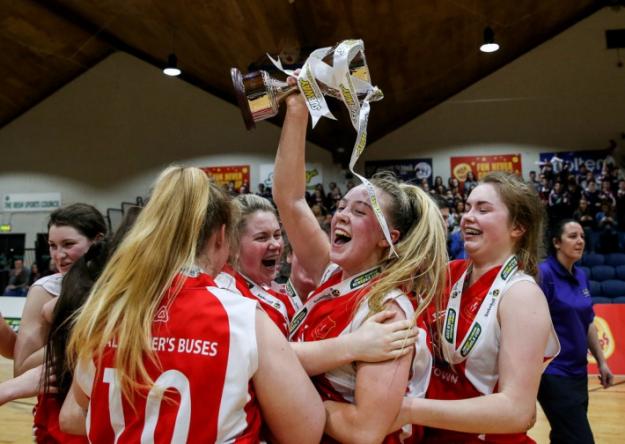 Entry for the Under 14 and Under 15 SUBWAY All Ireland Schools Cup competition is now open.

You can find the entry form at the bottom of this article. Please note, all forms must be completed and returned care of Louise O’Loughlin with payment to; Basketball Ireland, National Basketball Arena, Dublin 24. Cheques must be made payable to Basketball Ireland.

Basketball Ireland would like to advise that the Schools Cup is an All-Ireland Competition and can involve travel outside your region depending on the draw.

For all queries in relation to the Subway All-Ireland Schools Cup, please contact Louise O'Loughlin at the Basketball Ireland office: 01 4590211 or email loloughlin@basketballireland.ie

Note:
The minimum required for each competition to run is 12 teams. Where we do not get sufficient interest, payments made will be returned.
The maximum for each competition is 16 teams, please send registrations early to avoid disappointment, it will be operated on a first come first served basis.

Where a team pulls out or gives a walkover, a penalty of no entry to following year’s competition will apply.

You can find the form below: