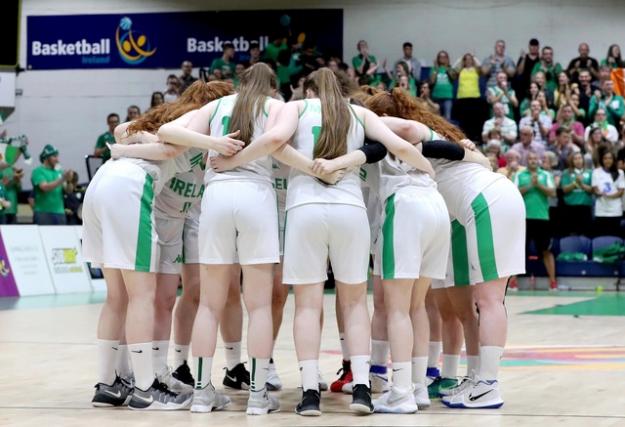 Ireland Under 18 women’s Head Coach, Patrick O’Neill, has selected an initial panel of 19 players to move forward with the squad.

The provisional team will continue training over the coming months, with all eyes firmly focused on Division A European basketball next summer.

Speaking about the announcement, Coach O’Neill stated: "It is the nature of competitive teams and international sport that these selection decisions must be made, but the ladies who haven't been selected should be proud of the contribution that they have made to the squad in the past nine months. They have demonstrated a great ability to work with others and the management team really appreciates the positive attitude and work ethic that they brought to every training session.

“It is a fantastic time for Irish basketball with A level competition on the horizon, and we feel that the players selected from the Under 17 squad and those who have completed Championships already and are joining the squad, have such a great opportunity ahead to play at that level for the first time. We are looking forward to the exciting times ahead."