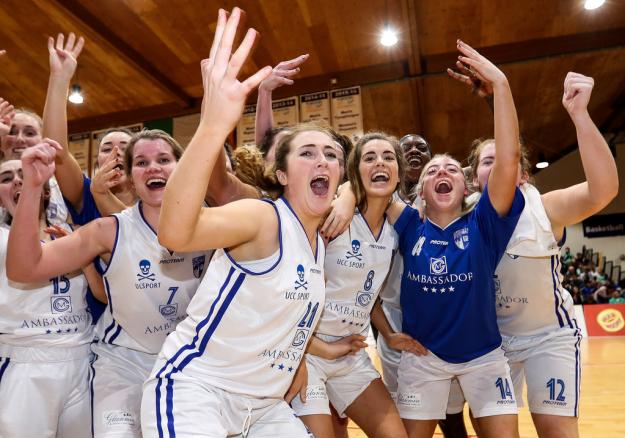 Basketball Ireland has today announced a new three-year broadcasting deal with TG4, which will see basketball broadcast both on television and online through the channel’s website and Facebook live platform.

The coverage includes highlights shows and the live broadcast of Basketball Ireland’s marquee weekend, the Hula Hoops Men’s and Women’s National Cup finals, which fall on the last weekend of January every year.

“TG4 has been a fantastic partner for us for the past three years and we are really excited to be working with them for another three years,” stated Media and Communications Manager at Basketball Ireland, Mary McGuire.

“They have given basketball a fantastic platform and we have no doubt that their continued support, along with their promotion of the sport through their social channels and Facebook live platform, will serve to boost the coverage of basketball in Ireland as we head into what will hopefully be yet another hugely successful season at both club and international level.”

Also speaking about the news, Head of Sport at TG4 Rónán Ó Coisdealbha stated: “We’re looking forward to another partnership with Basketball Ireland over the coming three years. We are delighted to be promoting basketball in Ireland once more and bringing it to as wide an audience as possible.”