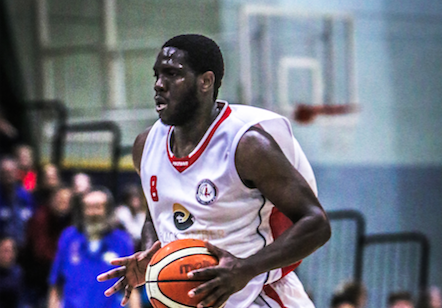 Black Amber Templeogue will be hoping to continue their winning start to the season this weekend, but they know they will have it all to do when they face Pyrobel Killester at Oblate Hall on Saturday night.

Mark Keenan’s side overcame DCU Saints in the opening Dublin derby last weekend, but the head coach said they are not underestimating a Killester side who always poses a challenge for them.

“It was great to get off to a good start against DCU Saints last weekend, we were delighted to win,” he said. “We know that this weekend’s game against Killester will be tough though. They had a tough game against Thunder last week, so will be aiming to get a win under their belts this weekend and they have some very good players this year, with some new players in too.

“We will be concentrating on our own game though. We want to build on last week and get off to a good start with our first home game. I’m really happy with how our team has come together in this short space of time,” he continued.

“The expectation on us after last year’s success is not a burden – it’s going to drive us. We all want to repeat the success of last season and being crowned League champions, so it’s definitely not a burden, but something that will push us on and inspire us to do well.”

Elsewhere in the Men’s Super League, all eyes will also be on UCD on Saturday evening as another big clash gets underway when UCD Marian welcome UCC Demons. For Marian, it is their first game of the season, and Head Coach Ioannis Liapakis looked ahead to the challenge.

“We’re really looking forward to our first game,” he stated. “We know that it’s going to be really difficult because Demons had a huge win against Tralee last weekend, so they have the momentum, they have the right mentality after that.

“We have three new additions to the squad and I think the chemistry is there. It’s up to us now to win the games. All the pieces are there and it’s up to us to put them together. Overall, we want to play good basketball, be healthy and we want to be better than last year.”

Meanwhile, Maree will travel up to Belfast Star this Saturday evening, Garvey’s Tralee Warriors will go head-to-head with KUBS in their first home game of the season, while Moycullen welcome Joey Boylan’s DCU Saints to the Kingfisher at NUIG and Griffith Swords Thunder meanwhile will welcome Éanna to the ALSAA on Sunday.

In the Men's Division One meanwhile, it's a double-header weekend for Ulster University Elks as they prepare to get their season underway. They travel to LYIT Donegal on Saturday for their first test of the season, before welcoming Dublin Lions to UUJ on Sunday. The Dubliners will be looking for a big turnaround from last weekend as they suffered a one-point defeat at the hands of newcomers St Paul's Killarney. Speaking of the Kerry club, they will travel to LIT Celtics this weekend where they will be hoping to curb the tide of Matt St Amour's shooting prowess - after he bagged 57 points for his team against Sligo last weekend.

Meanwhile, it will be a repeat of the Hula Hoops President's Cup final in Cork this weekend when BFG Neptune welcome Ej Sligo All Stars, while their Cork neighbours, Ballincollig travel to Titans on Sunday and Fr Mathews will face off to Keane's SuperValu Killorglin. Elsewhere, near neighbours Portlaoise Panthers and IT Carlow Basketball will go head-to-head on Sunday evening in the last game of the weekend.