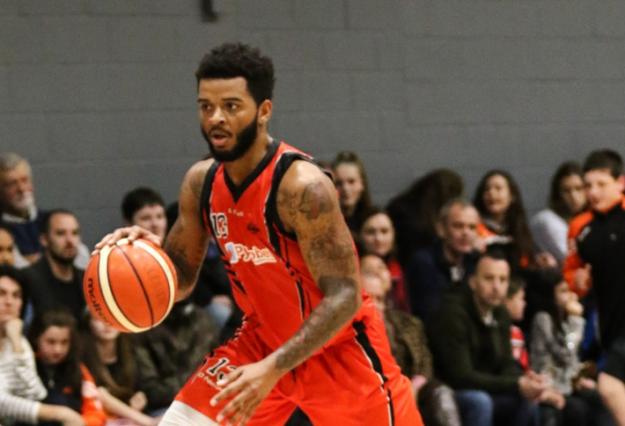 It’s yet another jam-packed weekend of Basketball Ireland Super League action this weekend, with the Women's Super League getting underway on Sunday and some big clashes in the Men’s Super League ahead.

In the women's Super League, Martin Conroy’s charges at IT Carlow Basketball are relishing the challenge of the team’s first ever Super League game as they prepare to welcome NUIG Mystics to the Barrow Centre in Carlow.

“We’re really looking forward to it,” said Conroy. “It’s been a long road to get to this position and we are very aware of the hard season we are facing into. We have some fantastic young Irish talent in our squad and some superb imports, so we’re excited now to get started.”

In the Men’s Super League meanwhile, Griffith College Swords Thunder are preparing to make the trip down to Cork on Sunday for one of the must-see games of the weekend as they take on Colin O’Reilly’s UCC Demons. This time last year, Demons came out on top in this fixture, but Swords’ Head Coach, Dave Baker, is hoping to turn that loss around this weekend.

“I feel our loss to them last season came back to haunt us so we will show no complacency this weekend and will be training hard all week to put right last year’s loss,” he said.

“It’s been a good start for us, beating last year’s Cup finalists Pyrobel Killester in the opening game as well as the revamped Eanna last Sunday,” he continued. “We will be focused though. With Colin [O’Reilly] back at the helm, Demons have already beaten one of the favourites, Tralee, and ran UCD very close – both without their dominant American, Lehmon Colbert.”

Pyrobel Killester meanwhile will be chasing their second win as, after upsetting Black Amber Templeogue at Oblate Hall last Saturday evening, they welcome Moycullen to the IWA in Clontarf this coming weekend.

Elsewhere, Maree will welcome Garvey’s Tralee Warriors to Oranmore on Saturday evening in what is set to be a hard-fought clash. Eanna will go head-to-head with Black Amber Templeogue, while KUBS will host UCD Marian at the arena in Greendale. There’s also a very interesting clash between DCU Saints and Belfast Star taking place on Saturday night.

In case you missed it, you can catch up on our weekly 'Time Out' show here.