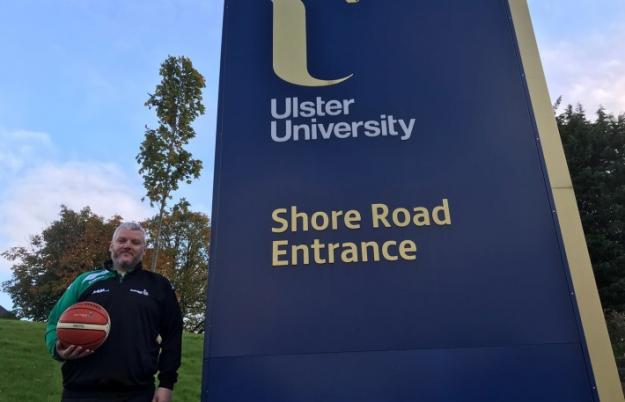 There was some big news out of Basketball Ireland HQ this week as it was revealed that Pat O’Neill has been appointed as the fifth regional Development Officer.

Pat, who is well known and respected throughout basketball communities in Ireland, will be based in Ulster University in Jordanstown and will fulfill the duties of his role in conjunction with Basketball Northern Ireland (BNI).

The new role will see Pat facilitating and supporting the delivery of initiatives which will develop and expand the range of opportunities for the students of Ulster University and the wider community, as well as helping to deliver Basketball Ireland’s ‘Step to the Line’ strategic plan for 2015-2025 and Ulster University’s strategic plan for sport development and participation.

Speaking about the announcement, Pat stated: "I'm really excited and honoured to be joining the Basketball Ireland development team full time. Having been a part-time development officer for Ulster University for the past year now, it is great to see the role increasing and becoming full time, which will see me working with both Ulster University and Basketball Ireland. It's an exciting time for basketball in this country and I'm really looking forward to increasing the profile and number of development programmes in the north of Ireland."

Also speaking about the news, Secretary General of Basketball Ireland, Bernard O’Byrne stated: “We are delighted to increase our development team, especially with someone of such high caliber as Pat, who everyone knows and respects. He will be a great addition to the team and we look forward to working with him and BNI over the coming years.”

Nigel Dobson, Head of Sports Services, Ulster University said: “This is a welcome development which builds upon Ulster University’s strategic focus on sport and commitment to supporting and nurturing people of all sporting abilities into a more active lifestyle. This appointment will encourage participation in basketball at all levels and is reflective of the growing popularity of basketball.”

Head of Development at Basketball Ireland, Jason Killeen, was also pleased to welcome Pat: “We are delighted to have Pat on board with the Development Officer team. The popularity and standard of basketball in Ireland has seen a surge in recent years and to have someone with Pat’s background and ability working with us will help us to continue this positive growth.”