Opening round of Cup tees up interesting quarter-final ties 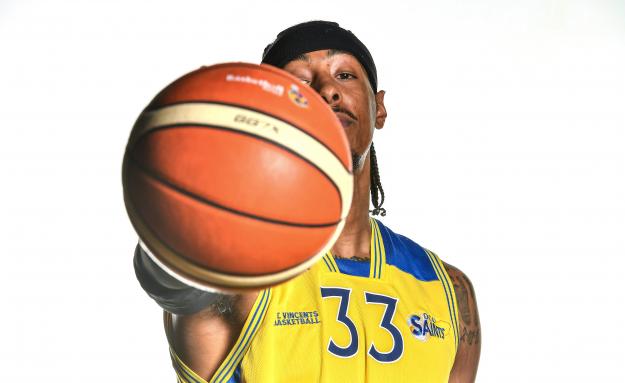 There will be some interesting men's Hula Hoops Cup quarter-final clashes in store the first weekend of December after a hugely competitive opening round of the Cup dished up some thrilling results.

To be played weekend of December 1-3rd with first named having home advantage.

Templeogue and Éanna will go head-to-head in a big local derby repeat of a Men's Super League fixture earlier this year, which saw Éanna win out at home, 92-86. Templeogue will no doubt be hoping that the red army at Oblate Hall can help them to reverse this result when the Cup clash comes around.

Elsewhere, UCC Demons and Garvey's Tralee Warriors will face off in a tantalising clash that is a repeat of the opening game of the Super League season where Demons sprung a big result on the Kerry side in the Mardyke winning out 79-77 in the end.

Moycullen and Pyrobel Killester will meet in Galway in what is set to be an intense and closely fought battle, with both sides knowing what's at stake having reached the semi-final and final stages (Killester) last year. Moycullen had the better of the exchanges earlier this season, when they won out against Killester at the IWA in Clontarf in the Super League, a result Killester will undoubtedly hope to reverse in the Cup.

Meanwhile DCU Saints will be buoyed up off the back of their huge win against Swords when they face off to UCD Marian in a Cup fixture that fans can get a sneak preview of next weekend when the two sides meet in the Men's Super League.

In the Hula Hoops President's Cup meanwhile, last year's Cup finalists Ej Sligo All-Stars were knocked out by Portlaoise Panthers, while reigning champions Neptune managed to keep their cool in the face of a blistering IT Carlow Basketball performance. The quarter final fixtures are lined out below (dates and times TBC).

To be played weekend of December 1-3rd with first named having home advantage.

Fr Mathews put in a 99-point performance against LIT Celtics to book their spot in the quarter-finals but will come head-to-head with a Kerry side who have nothing to lose and are enjoying their time back in the National League. Ballincollig meanwhile will welcome Portlaoise Panthers for their quarter-final clash in what is set to be a tough test for the midlanders with the Cork team unbeaten so far in the Men's Division One, while fellow unbeaten sides, Neptune and Keane's SuperValu Killorglin, will play off against Titans and Paris Texas Kilkenny respectively in their Cup clashes in December.