2017 Galway Masters tips off this Friday

2017 Galway Masters tips off this Friday 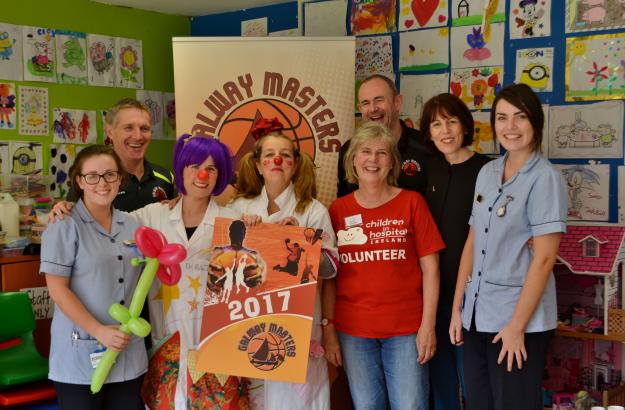 Galway will play host to 38 men’s and women’s teams this coming weekend as the annual Galway Masters International Basketball Tournament tips off from Friday, November 3rd to Sunday, November 5th, at the Kingfisher in NUIG.

The event will welcome teams from Ireland, the UK, France, Sweden, Italy and the USA who will compete to raise money for the nominated tournament charity, Aoife’s Clown Doctors. The group is currently funded by ‘The Friends of Aoife Hendrick’, which was set up in memory of five-year-old Aoife Hendrick who sadly lost her battle to leukaemia in 2012.

“Aoife loved the Clown Doctors and looked forward to their visits to Crumlin Children’s Hospital,” said Aine Hendrick, Aoife’s mother and co-founder of The Friends of Aoife Hendrick along with her husband, Adrian.

“As parents, we could see the positive effects of the Clown Doctors on Aoife and all the other children. A year after Aoife passed away, we heard the Clown Doctors had lost their funding so, along with family and friends, we set up The Friends of Aoife Hendrick to raise money to keep the Clown Doctors show on the road. We are delighted to be nominated as this year’s tournament charity by the Galway Masters and look forward to working with them to raise much needed funding for the Clown Doctors.”

Also looking ahead to the weekend, Bernard O’ Byrne, Secretary General of Basketball Ireland said: “The Galway Masters has quickly grown from a simple idea as a social tournament into a major international event in the basketball calendar. It  crucially serves the sport by bringing people back in touch with the game and each other.”

The tournament is supported by funding from Galway City Council, the Galway masters basketball community and local businesses.

The tournament tips off this Friday, with Over 40s, Over 50s and Over 60s basketball on display and there is free admission throughout the weekend.

You can find out more about the teams and schedule on the official Galway Masters website here.