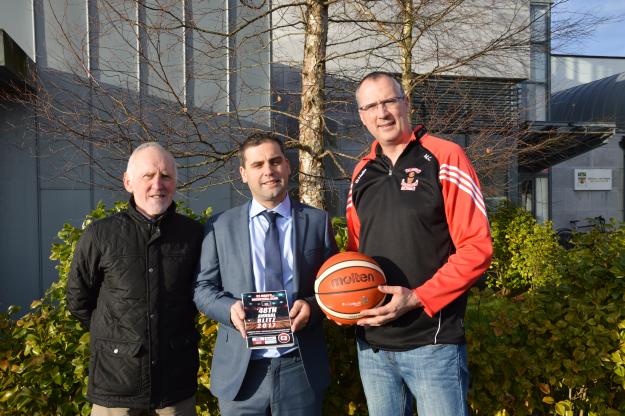 The much anticipated programme hit the shelves earlier this week, and club chairman, Maurice Casey, says that this year saw a big increase in entries.

"We are delighted to see that clubs and players alike continue to be intrigued by the event which is now in its 48th year," he said. "This year we have an additional 10 games in the fixtures. We cater for everyone from school kids to the top level and this is probably why the event is such a success."

This year, a total of 167 games will be run off over the five days commencing on December 26th.  Both St. John’s Hall and Castleisland Community Centre will be the venues for the event, with St. John’s hosting 55 games and the other 112 played at the centre.  A total of 139 teams have entered the 23 competitions and, with almost 1,400 players in action, record crowds are expected.

The senior ladies competition includes St. Mary’s, U.L. Wolves, Fr. Matthews and Tralee Imperials, while one of the highlights of the event is the Munster Joinery Premier men.   Super League side Garvey’s Tralee Warriors will be joined by national league teams Scotts Lakers St. Paul’s, Ballincollig and Fr. Matthew’s. This competition will be run off on December 28th.

The four major sponsors are Munster Joinery, Garvey's Supervalu, Walsh Print and Denjoes family restaurants; these are joined by a host of other local businesses. The tournament starts on St. Stephen’s Day and will run through to December 30th.