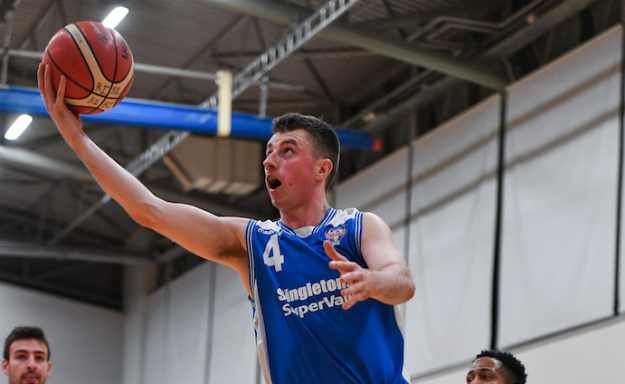 It’s back to Super League action with a bang this weekend, as teams across the country regroup from a massive Hula Hoops National Cup semi-final weekend in Cork last weekend.

For many, all eyes will be on UCD Marian’s home court this weekend as they prepare to welcome Black Amber Templeogue in a hugely-anticipated Super League battle on Saturday evening. Following last weekend’s semi-finals, these two teams will now be facing each other in the Pat Duffy Cup final at the end of the month, so this weekend’s clash will be an interesting sneak preview of that game.

UCD Marian had the better of the exchanges when the sides met earlier on this year, but Templeogue are just behind them on the League table and a win for either side will be crucial on table standings.

Elsewhere, Griffith College Swords Thunder will be hoping to get a vital win this weekend as they travel up to Belfast to face the challenge of Belfast Star. A rocky month of December for the Dublin side saw them lose out to Pyrobel Killester and UCC Demons to push them down to fifth on the table.

Meanwhile, there’s a big local derby as Killester welcome KUBS, DCU Saints and Éanna will go head-to-head at St Vincent’s while it’s set to be a close one between Moycullen and Garvey’s Tralee Warriors in Galway, while on Sunday, Demons welcome Maree.

In the Women’s Super League meanwhile, one of the big games of the weekend sees Pyrobel Killester welcome Ambassador UCC Glanmire once more – just two weeks after their Cup quarter-final clash, which Glanmire won. Killester currently sit just above Glanmire on the table, with both teams having three losses so far this season and will undoubtedly be aiming to reverse the result from the recent Cup clash.

Maxol WIT Wildcats will be hoping they can bring their points up as well when they welcome IT Carlow Basketball. Carlow now boast the experience of Alexis Eckles though so will be aiming to bag a win on the road. NUIG Mystics are still chasing that elusive first League win meanwhile and will be hoping they can secure it this weekend when they welcome Courtyard Liffey Celtics, while Singleton SuperValu Brunell will be aiming to bounce back strong from their Cup semi-final loss to Glanmire last weekend when they welcome Portlaoise Panthers to the Mardyke on Sunday.