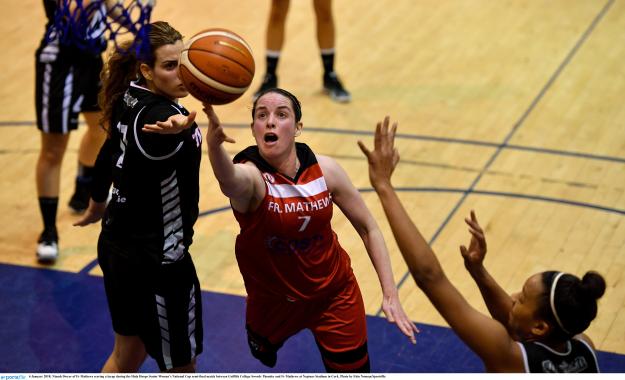 This Sunday is set to be a special day for a host of teams from around the country as it marks the third and final day of the 2018 Hula Hoops National Cup finals.

For Cork club, Fr Mathews though, there’s something that bit more special about it, as this Sunday will see their ladies team write themselves into the club’s history books as the first women’s team to contest a senior National Cup final.

Looking ahead to the big day, which will see them tip off against Meteors at 2pm, we caught up with club Chairman, Diarmuid Nolan, to see how they’re all feeling ahead of the day.

“We’re really excited that our ladies team has reached this important milestone of qualifying for a Cup final for the first time this year," he began. "It’s our club’s second Cup final, and we’re delighted to be returning to the Arena again for Cup weekend. We have very fond memories of the Under 18 Boys Cup final win in 2015 – a close encounter with St Vincent’s that went right down to the wire!!

“The club was formed back in 2002, and initially started with just one team, but now, in 2018, it is a vibrant club providing coaching and competition for boys, girls, men and women in Cork. Now one of the largest clubs in Cork, we are fielding 20 teams across girls, boys, men’s and women’s divisions, in both local and national leagues. Over the years, we’ve enjoyed wide underage success in local league and cup competitions, two AICC’s, as well as an U18 Boys National Cup in 2015.

“One of the strategic goals for the club is to field quality, competitive teams in both the men’s and women’s National Leagues. This gives the younger players in the club the opportunity to fulfil their ambitions of playing, competing and representing their club at a very high level. We have ambitions to play in the Super League, but only when we have the requisite structures and standards in place within the club.

“Bringing girls onto the first team who have come through the ranks at the club is a key success factor for the club. We currently have eight underage girls teams in the club, and would plan to see many of the players on these teams going on to play at the highest possible level for the club. There are currently four players on the Fr Mathews senior women’s team who play or played at underage level in the club, so we are making good progress with this goal." 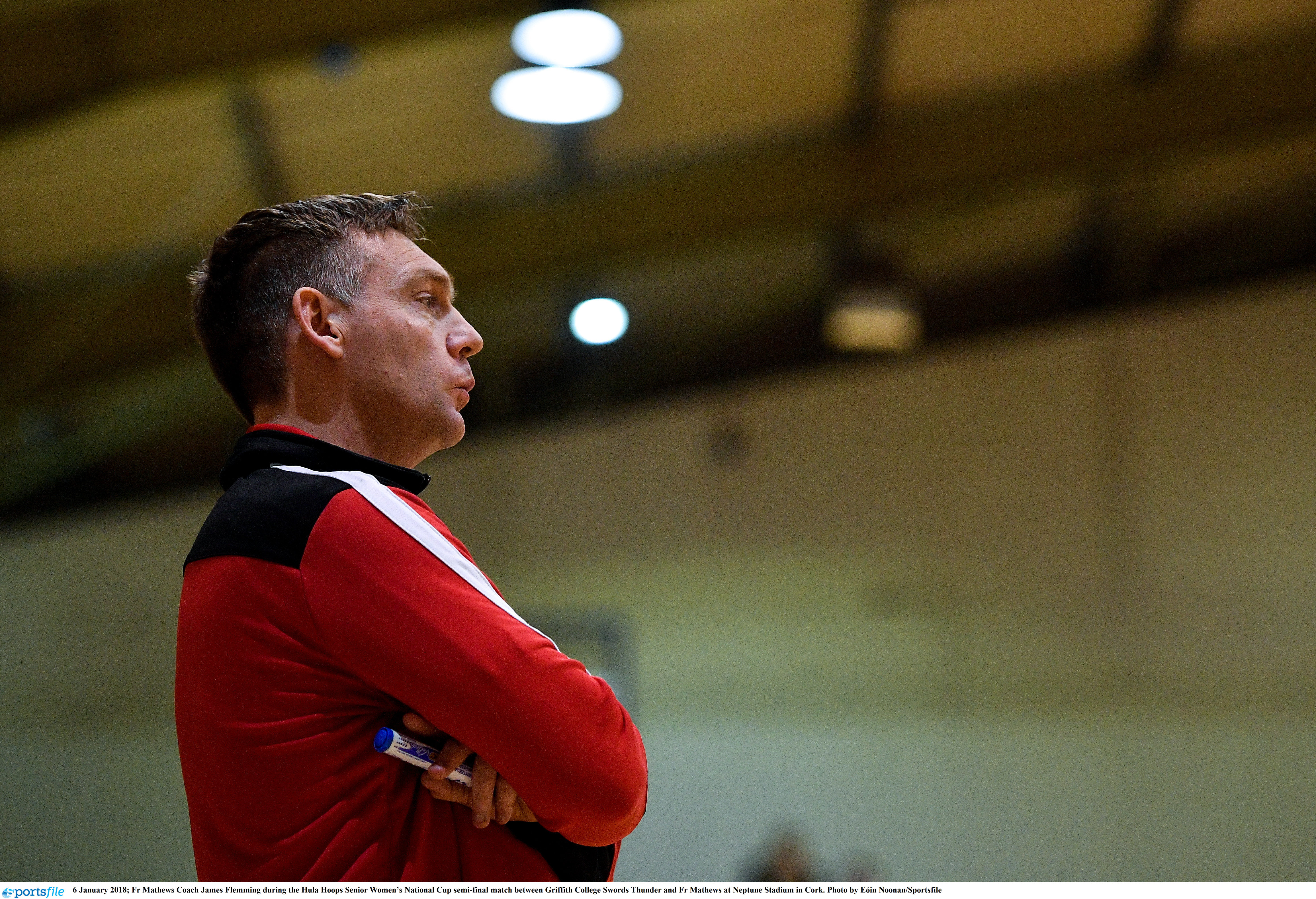 “There’s a great balance of youth and experience in the women’s team, which has been bolstered by some very exciting and talented new players to the club this season. While there is considerable work going on behind the scenes in the club to support the women’s team, it’s the hard work, preparation, dedication, commitment, ability and determination of coach James Fleming and his team that ultimately accounts for the success the team have enjoyed so far this season.

“Reaching this year’s Cup final is a fitting endorsement of all the hard work being done on and off the court. As the current league table standings and games played so far this season would indicate, the margins between all of the teams in the league are quite narrow. Fr Mathews played Meteors twice already this season, and each team enjoyed a victory from very well contested games. We expect another tough and close contest with Meteors in the Cup final. It should be a great game.

“There’s been fantastic support for the team right across the club. The team members have been attending and helping with underage training sessions in the weeks leading up to the Cup final, which is helping to generate huge interest in the Cup final, and our men’s teams have been a great help with preparations, proving welcomed scrimmage opposition for the women’s team.

“There are a lot of other people to thank for getting us here. Mick O’Regan undertakes the key role of video analysis for the team and his experience and the feedback he gives the team is a critical tool in preparing the team to achieve success on the court. We are also particularly grateful to Cost.ie, who have come on board as our title sponsor for the women’s team this season, and to all our sponsors who have been hugely supportive in helping us put in place good foundations for a successful season. The ongoing commitment of the players and volunteers in the club, of whom there are many, are key enablers for us to be competing for titles this season and we are expecting strong Fr Mathews support for the Cup final to cheer the team on!” he continued.

With the National Basketball Arena marking its 25th anniversary this year, we asked Diarmuid what are some of his favourite memories from the Arena over the years.

“I’ve lots of good memories of the Arena – school games, club games, and underage international games – but the Ireland Women’s Under 18 European Championship games last summer are my personal favourite memories. They captured the imagination of the basketball and non-basketball community, and encapsulated all that is good about Irish sport. It also showcased the Arena at its optimum, and demonstrated impressively how well-positioned Ireland is to host international basketball tournaments.”

Fr Mathews tip off against Meteors this Sunday, January 28th, at 2pm at the National Basketball Arena in Tallaght.

Tickets for the game are available at www.eventbrite.ie.