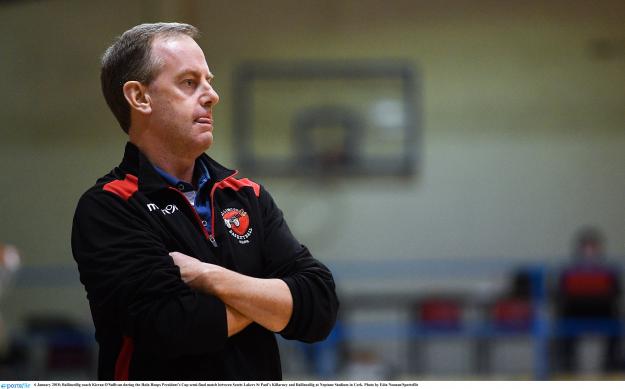 Ballincollig Basketball Club in Co. Cork are certainly getting their first year at National League underway with a bang as, within just under five short months of storming into the Men’s Division One, they are now en route to the National Basketball Arena in Tallaght for the Hula Hoops President’s Cup final on Saturday afternoon at 4pm.

There they will face Men’s Division One table toppers, Keane’s SuperValu Killorglin, but chairperson, Colman O’Flynn and player, Daniel O’Sullivan, are really looking forward to this weekend’s challenge.

So, how does it feel for them to have a team in the President’s Cup final this year – particularly as this is the club’s first year at this level?

“It feels fantastic,” Daniel began. “It was a big step for the club and to have reached a final in our first year shows just how great a decision it was for the club. It is special for the club to be in the final now because of the progress and strides the club has made up to this point. It is the biggest senior game in the history of the club.

“There is massive pride within the club in what this team has achieved and an equal measure of relief,” Colman added. “At the start of the year we had a lot of questions; such as could we survive financially and could we compete on the court?  By reaching the pinnacle of the cup competition, this team is giving a clear answer that we can more than hold our own on the national stage.

“We’ve had a basketball club in Ballincollig for nearly 32 years now,” Colman continued, “And we have enjoyed considerable underage success with several AICC victories, the most recent being the U14 AICC victory in 2015.  Our senior men’s and women’s teams have always been very competitive but our elite talent always needed to move clubs to find the top tiers of basketball.  One of the most rewarding wins we had this year was in Cork where our men’s division one team won their championship proving that the pipeline of talent in Ballincollig is still very deep." 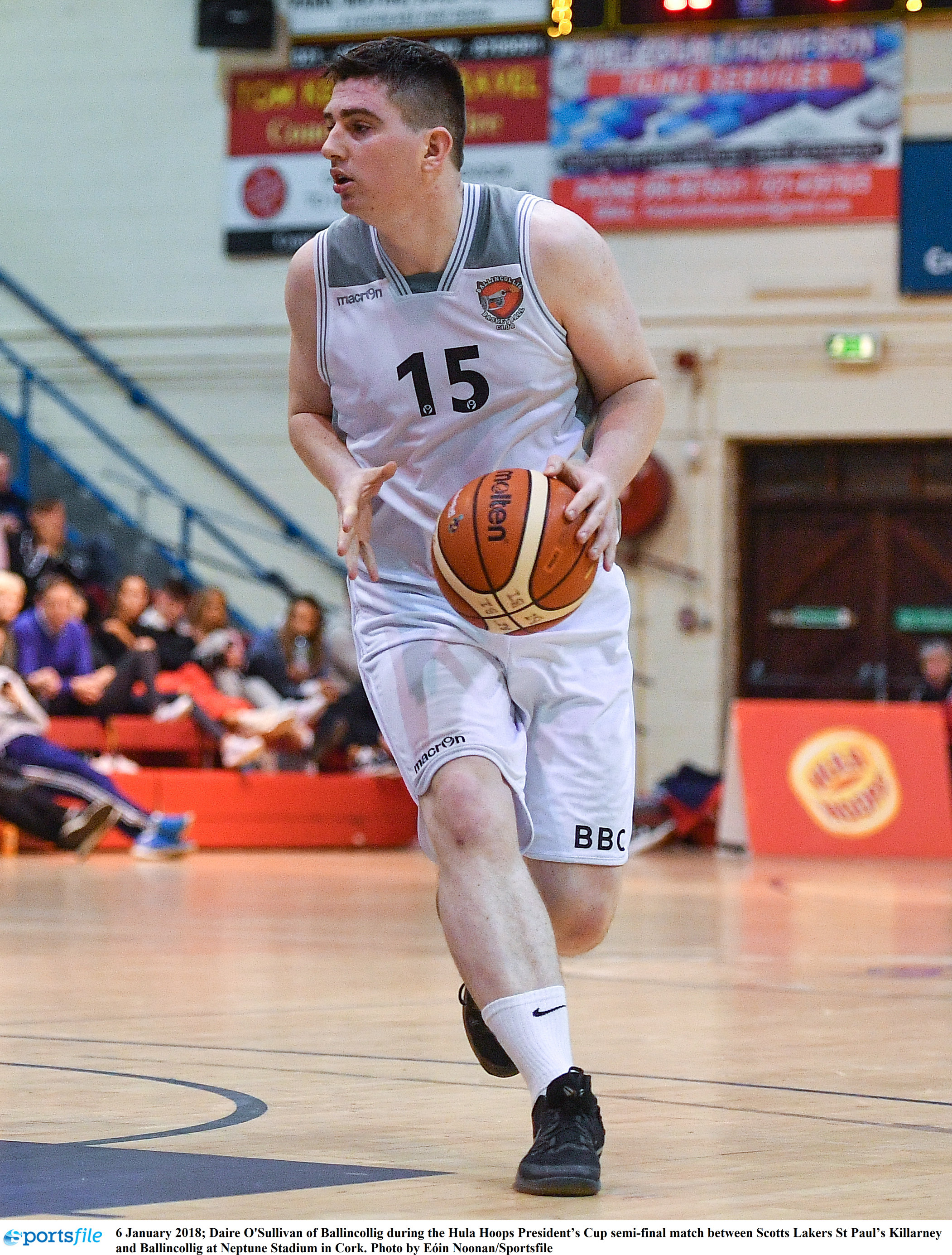 “We have pictures of Ballincollig under 12 teams from years ago that feature players who are now taking the court together in the National Cup final,” Colman continued. “It is hugely rewarding that our club can provide an opportunity for players of every ability to keep playing ball for as long as they wish.  Their loyalty to each other and to the club is fantastic to see.”

“There is a huge amount of work being done behind the scenes to make our journey this year possible,” Daniel reflected. “As well as all the training and playing on the court, there has been non-stop work, communication and meetings since last July to ensure that the correct structure and platform is in place to allow us to play at this level. I wouldn’t have room to mention everyone but people like Marita Murphy, Donal O’Sullivan, Colman O’Flynn and Kieran O’Sullivan (Coach) have sacrificed an enormous amount of their time so that we could experience the joy and success that we have as players.”

Colman agreed: “We have five adult teams in the club (men’s and women’s) and two  more U20 teams coming hot on their heels.  That level of competition would not be possible if we did not have coaches who unselfishly give their time every single year.  In our club we have stalwarts like Francis O’Sullivan, George Meade, Nicky Bohane who are truly coaching for the love of basketball.  Their passion is infectious and this is giving us not only new players, but also a new and coming group of first rate coaches who can carry us into the future.”

Indeed all of the hard work behind the scenes over the years has led the club to the pinnacle of the season – the Hula Hoops National Cup final weekend, which takes centre stage this coming weekend. So how do they feel about facing Killorglin?

“Our visit there in the regular season did not end well,” Colman admitted, “but equally our team has learned a lot since then.  The beauty of the cup is that on that given day, the form book goes out the window. So while we know we have a lot to do against Killorglin we also know that on our day, we can compete with anyone in the country.”

“Killorglin are an excellent team and we face a huge challenge,” Daniel agreed. “They beat us in the League already and as a result, will be deserved favourites. From our perspective, we will be doing our utmost to identify areas of that game we can improve on and hope that with the correct preparation and a big performance on the day, we’ll be in a position come the end of the game to try and take home the Cup.”

“Support around us has been great without a doubt,” Colman continued. “Ballincollig has a huge sporting tradition so it is fantastic to see messages on Facebook from the GAA club, soccer club and Rugby Club.  Bringing Cameron Clark from Texas has also helped with the profile of the game and the team.  He is now getting stopped for selfies and autographs in proper cup tradition!

“The Basketball Ireland coverage of the league and cup has been superb and so we now regularly get messages from former players in Australia, Canada and US all of whom can watch our games being streamed live.  Past players like John Egan and Damien Cahalane are now all actively following the successes of the team." 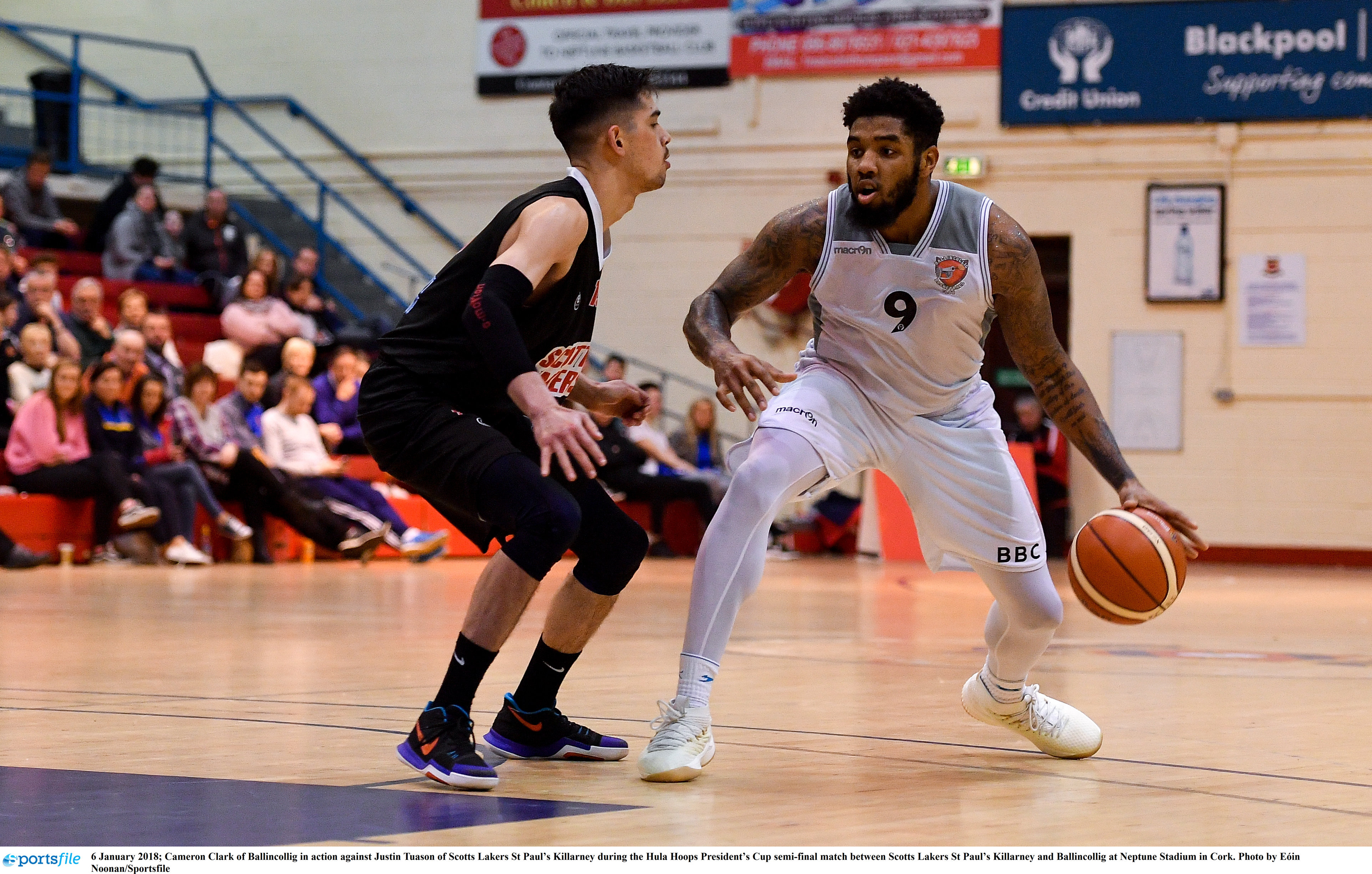 “A cup win in our first year at this level would be massive for the club,” he continued. “The entire reason for us making the commitment to play in the National League is to give our players a pathway to achieve as much as they want in basketball.  For 30 years players in Ballincollig dreamed of achieving National Cup success and now, because of the breakthrough that this team has had, the boys and girls in Ballincollig now know that those dreams are very much achievable. A President’s Cup win for Ballincollig would be definitive proof that an Under 12 basketballer’s dreams really can come true!” he stated.

And finally, with 2018 marking the 25th anniversary of the National Basketball Arena, we asked Daniel what his favourite memories are of the venue down through the years.

“I have a few memories of the Arena,” said Daniel. “The positive ones would be winning a National Cup and Champions Trophy in my time playing Super League with UCC Demons, as well as winning a Schools U16 National Cup title. The two U18 National Cup losses, which I was playing in are tough memories, especially the second one, which we essentially lost on the buzzer.

“Growing up, my earliest memory of the Arena or the Cup is watching Shane Coughlan making a free throw to win the Cup for Demons on television and listening to Timmy Mac’s unique commentating. Winning a Cup final this year with Ballincollig would be the most satisfying win of my career. Having played for Ballincollig since I was 7 and being heavily involved in the club over the last few years coaching as well, it really would be special to be part of the club’s first ever National Cup title,” he finished.