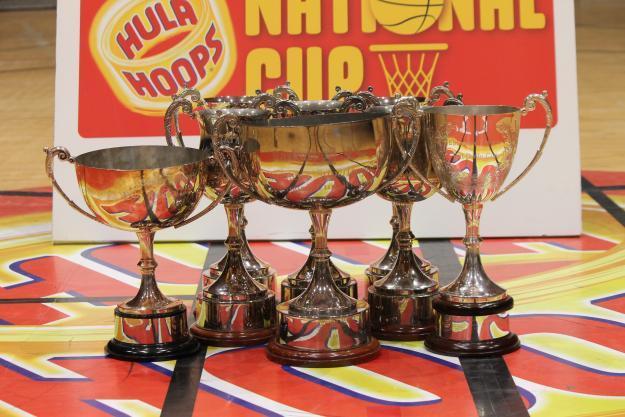 It’s a full sell out at the National Basketball Arena this Saturday and Sunday as the Hula Hoops National Cup finals take centre stage, with 11 finals being played out across the weekend.

Games get underway this evening from 6.30pm (tickets still available for this session) with the Wheelchair Basketball final between Killester WBC and Ballybrack Bulls tipping proceedings off before the Under 20 Women’s clash between Brunell and DCU Mercy follows at 8.30pm.

From this evening on, it is an action-packed feast of basketball, and for Cork team Ambassador UCC Glanmire, they hope to mark the 25th anniversary of the National Basketball Arena with a little bit of club history of their own, as they aim to scoop five Cup titles in-a-row this Sunday.

Head coach Mark Scannell however knows that a tough task awaits them on court, as they go head-to-head with an in-form DCU Mercy, who are currently sitting joint top of the Super League table.

“We are really looking forward to it and I feel the pressure - for once - is on the opposition as I believe we are going into the final as underdogs for the first time in a while,” Scanell mused. “Our prep is good, there’s a great atmosphere in the club and lots of excitement, and the players are up for it and training like it’s their first ever Cup final.”

DCU Mercy coach Mark Ingle was also looking forward to the weekend, especially as the club will have three teams contesting Cup finals over the three days, at Under 18, Under 20 and Super League level – all three against two Cork powerhouses, Glanmire and Brunell. Their Under 18 and Under 20 squads are reigning champions at their age groups, while their Super League team is hoping for their first Cup glory since 2011.

“We’ve a big weekend ahead of us and that’s a challenge,” he acknowledged. “Rotations and rest time will be key, but it’s great to have three teams there and we got a good wake up call from Killester in the Super League at the weekend, which has sharpened us up this week. We know anything can happen now in a big game like this, and I would say Glanmire are slight favourites with their Cup history, so we’ll gladly take the underdog tag.”

In the Men’s Pat Duffy Cup, meanwhile, it’s an all Dublin affair as UCD Marian face off against Black Amber Templeogue in what is set to be a thrilling battle of skill. UCD Marian currently sit top of the Men’s Super League table, and have already beaten Templeogue in regular season twice this year, but the boys in red are ready for battle this Saturday evening.

“We’re really excited about the next few days and preparing for the final,” said captain, Stephen James. “We had a great experience on this stage two years ago, so we’re looking forward to being back there. We know it’s a tough task ahead of us, especially having played them two weeks ago. They have a very good team this year, but we’re ready for the challenge.”

Indeed, an interesting battle is in store as Stephen’s brothers Conor and Dan will be on the opposing bench on Saturday night when they line out wearing the UCD Marian colours, with Conor as Assistant Coach and Dan on the team sheet.

“We feel sharp,” Conor admitted ahead of their clash on Saturday, which sees UCD – similarly to DCU Mercy in the women’s - aiming for a first Cup title win since 2011. “We were a bit deflated last week and that showed in our performance against Maree in the League. We know that this team is capable of fighting and closing out games in tough situations, which is something that can only stand to us against Templeogue – they’re our focus now and we know what we need to do to win.”