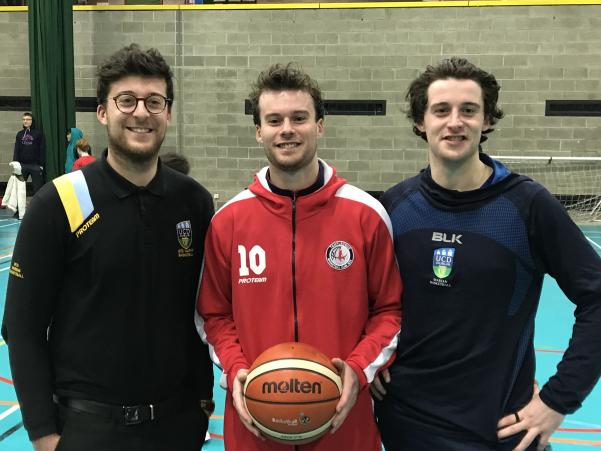 “If it’s not us, than there is no-one I would rather lift it than Stephen” – The James brothers look ahead to a big weekend

It’s the last weekend of January which, in Irish basketball circles can only mean one thing – Hula Hoops National Cup finals weekend.

What is even more interesting about this Saturday evening’s clash (tip off at 8pm) is that there’s an added family twist as captain of Templeogue, Stephen James (25), will face off against his older brothers, Dan and Conor (both 27) who will line out in UCD Marian colours at the Arena.

Templeogue last won the Cup following a memorable final in 2016, while it was 2011 since UCD Marian last etched their names on the prestigious trophy. One thing’s for sure is that the Pat Duffy Cup is headed to the James family, but which brother or indeed brothers will get their hands on it is one we will have to wait and see.

We caught up with the three lads this week ahead of Saturday night’s showdown to talk all things Cup final related and also looked back at their favourite moments from the Arena as it turns 25 years old this year.

“I think Ireland may be the only country in the world where the Cup is seen as more prestigious than the league. Obviously, it’s great to have national TV coverage for the sport and although our primary focus is the league it would be great to put in a performance worthy of getting UCD Marian on the trophy again.

“The trophy will be in the house one way or another which is great but there isn’t any difference really in how I’ll approach the game- we’re used to playing each other at this stage. I think this is probably the first time though that all three of us have been involved in a Cup final

“We learned a lesson last year. It’s big for us because we know we should be there and the way we’ve been playing this year, we deserve to be back there, so hopefully we can add to 2011.

“Ioannis describes the League as a marathon versus the sprint of the Cup, which is pretty accurate. I think in any knock-out competition, current form helps but as we’ve seen in the league this year, on any given day anybody can beat anybody and that certainly transfers to knock-out format.

“I think it’s good we both have the league to focus on as, win or lose, there’s not too much time to get over it but if Templeogue were to win I’d be happy for Stephen. We celebrated with him and the Templeogue lads a couple years ago but fair to say that wouldn’t happen this time around,” he concluded. 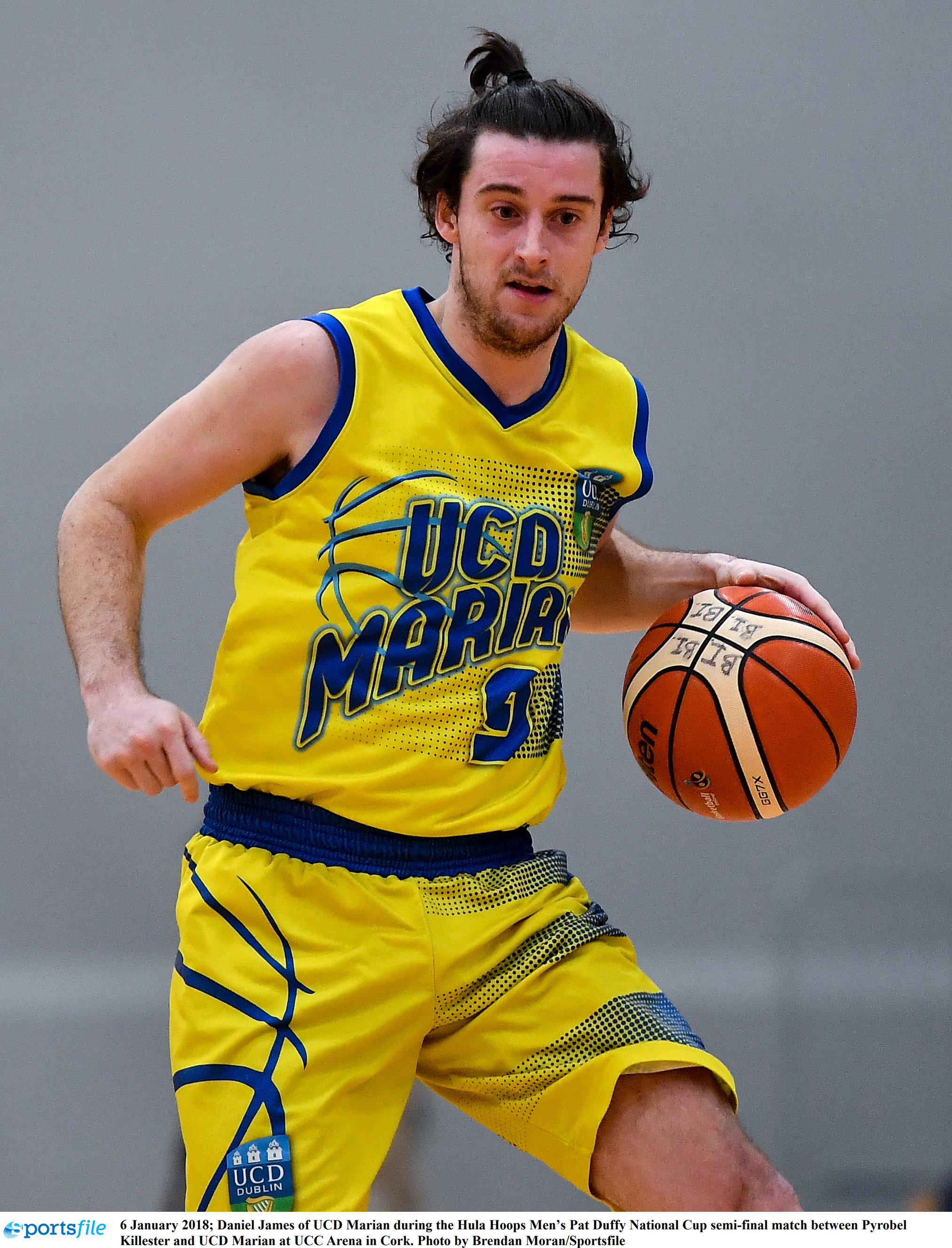 Brother Conor, who is Assistant Coach to Ioannis Liapakis for UCD Marian was also excited about the game.

“It’s been great to be able to help coach the team this year and the final is the first part of the icing on the cake, with the League adding the sprinkles. There were a lot of people who owed me nothing when I started as a player in UCD who devoted their time to the club and helping me, and us, get better: the Meany family, Fran Ryan to name a few and it’s great to be able to contribute back to the club who did the same for me a few years ago in this capacity.

“It’s an incredibly important achievement for the club. The team itself isn’t getting any younger for a start and these opportunities don’t come along very often. Ioannis came to the club 5 years ago and for me a lot of those 5 years was observed from the outside. The team has been consistently getting better under him and he has really added a professionalism and accountability to the team that has taken the team to the point where we can honestly feel like the best team in the country. If you can’t take advantage of that and get to positions like this, what’s the point? Ioannis deserves a huge amount of credit from where he has taken the team from until now.

“The Cup is special as it all comes down to the people you are with. We are together four to five times a week and the truth is that if you take basketball out of the equation, we would all be happy to spend the same amount of time together and that’s unique for any team. The chance to win trophies with your mates is rare and so it’s great to have that opportunity.

“It is a bit strange alright to be going up against Stephen, but if UCD Marian don’t get the chance to lift the trophy, then there is no-one I would rather lift it than Stephen. This is a first for us going up against and there will be no love lost but once it’s all said and done, we will all be happy for each other. I know who Mum is supporting, Daniel knows too and I’m guessing Stephen does too but I couldn’t possibly say!

“League form at this stage is not that relevant. We won this cup in 2011 having won three league games all season. Good preparation and genuine belief on the day can make any team win. The League can be a slog at times but there’s nobody who doesn’t get pumped for the Cup.

If Stephen wins, of course we will be happy for him and congratulate him but given the amount of hard work and preparation and emotion gone into getting us all to this point, time would be needed. We each have one Senior National Cup so we know how it feels to win. It won’t be easy not being able to have that feeling. We’re prepped and ready and for me, in terms of prep as assistant coach if I don’t wear all black, Ioannis goes into a rage! I may even whip out a Gillet for the occasion!” he finished. 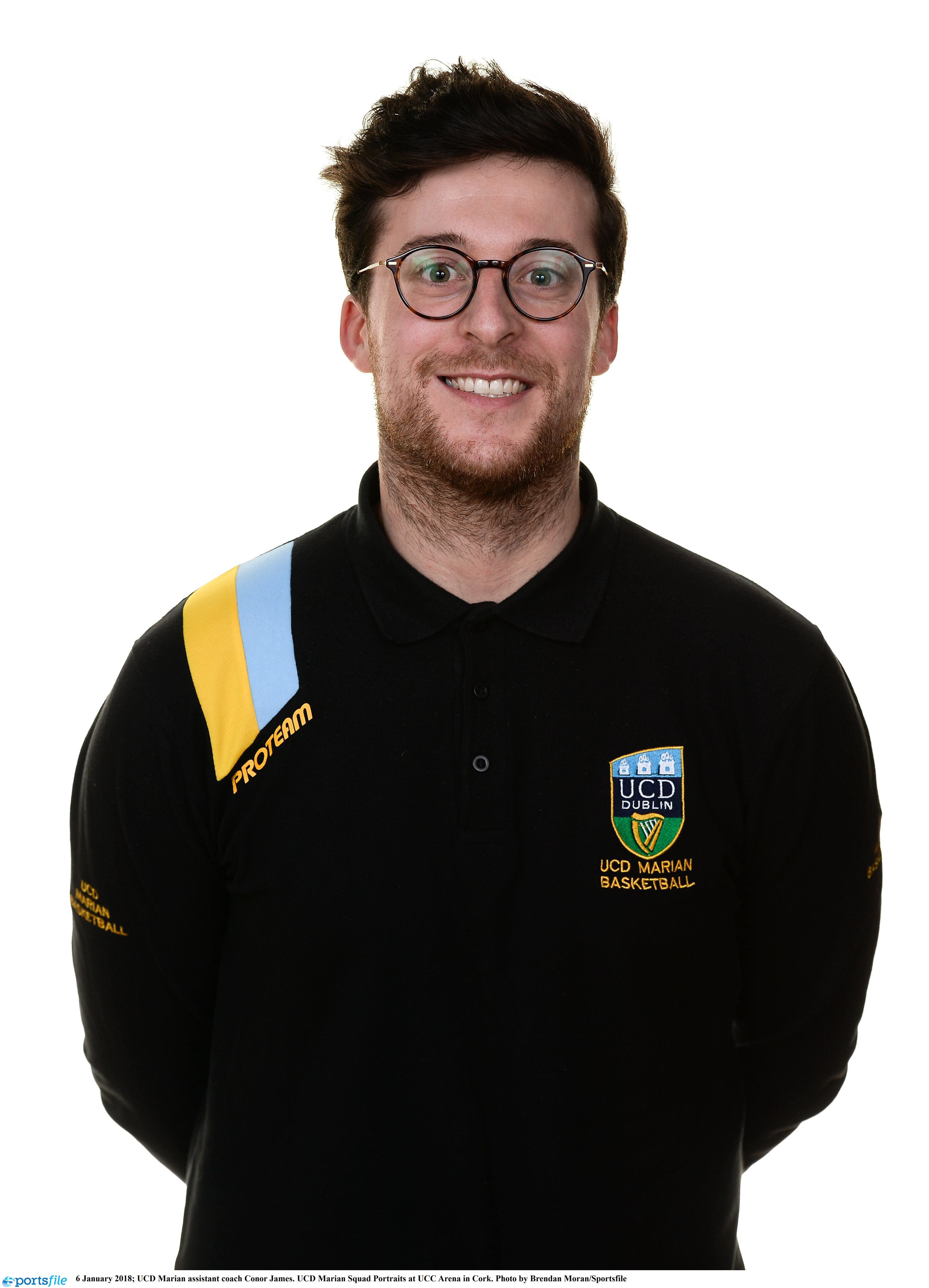 Moving over to the Templeogue bench meanwhile, brother, Stephen also looked ahead to what’s set to be a memorable day for the family.

“I’m very excited to be in this year’s final. I had a great experience here two years ago winning the Cup and it’s an amazing feeling. Hopefully we can have our name hanging from another banner this year. It’s the best competition In Irish basketball. Anything can happen in the National Cup and any team can win it. As a youngster, it’s always been a goal to play on the biggest stage, and when you get there it doesn’t let you down. It’s a great atmosphere.

“I’ve plenty of experience playing against the two lads at this stage so it makes no difference to me really. In terms of our family, I think they’re just happy someone in the family is going to win to be honest - but you’ll have to ask them who they really want to win. They’ll be somewhere around the half way line I imagine.

“We can’t wait to get out there again and try make it 2/2. You never know if you’ll get another chance of playing in a Cup final so we’re really looking forward to it. Obviously, you want to come into a cup final on good league form to boost the team’s confidence, but like I said earlier, anything can happen in the Cup. Most of it has to do with preparation so whatever form we’re in, if we prep well, we’ll be in with a good chance of winning.

And finally – what are their favourite moments from the Arena over the years?

“As a player, probably the three-pointer late on in the Under 20 Cup final to scrape past Maree,” Dan recalled. “As an (assistant) coach, sitting with Conor when he coached the Templeogue Under 18s to the National Cup is another good memory while, as a fan, probably cheering on Stephen to his first national Cup a couple years ago.  When I was younger, a game that stands out is the senior men’s team when they played Switzerland in a qualifier. I think Donny McGrath was still playing, Laranaga, Marty Conlon and Pat Burke. Possibly the best Irish Men’s team with Mike Bree, Colin, Jay, and Conor Grace all playing. Hopefully we’ll get back there in the next few years.

“There’s a photo in the house of Stephen getting his Under 16 cap, on the same day Conor and myself got our Under 18 caps and Dad was the Under 17 National coach so to have us all reach that level and celebrate on the same day was pretty special,” Dan continued.

Conor also looked back at some of his favourite moments: “As a player, it was winning the Under 20 National cup in 2009 with UCD. As a coach, it was winning the Under 18 National Cup with Templeogue, coincidentally in 2013, and as a fan watching Ireland Senior Men’s team take on Switzerland when Thabo Sefolosha came to play. Also another memory I have as a young lad is of being in total disbelief at how good CJ Hadley of Tralee Tigers was and how high he could jump, back when cup semi’s and final’s used to be on the same weekend and we got to witness him twice over the one weekend.

“Otherwise, winning the Under 18 National Cup in 2009 with Templeogue while Dad was coaching is my favourite family memory. Often look back with fond memories of that day given that most of our family was involved and it was our first taste of what a National Cup win felt like.” 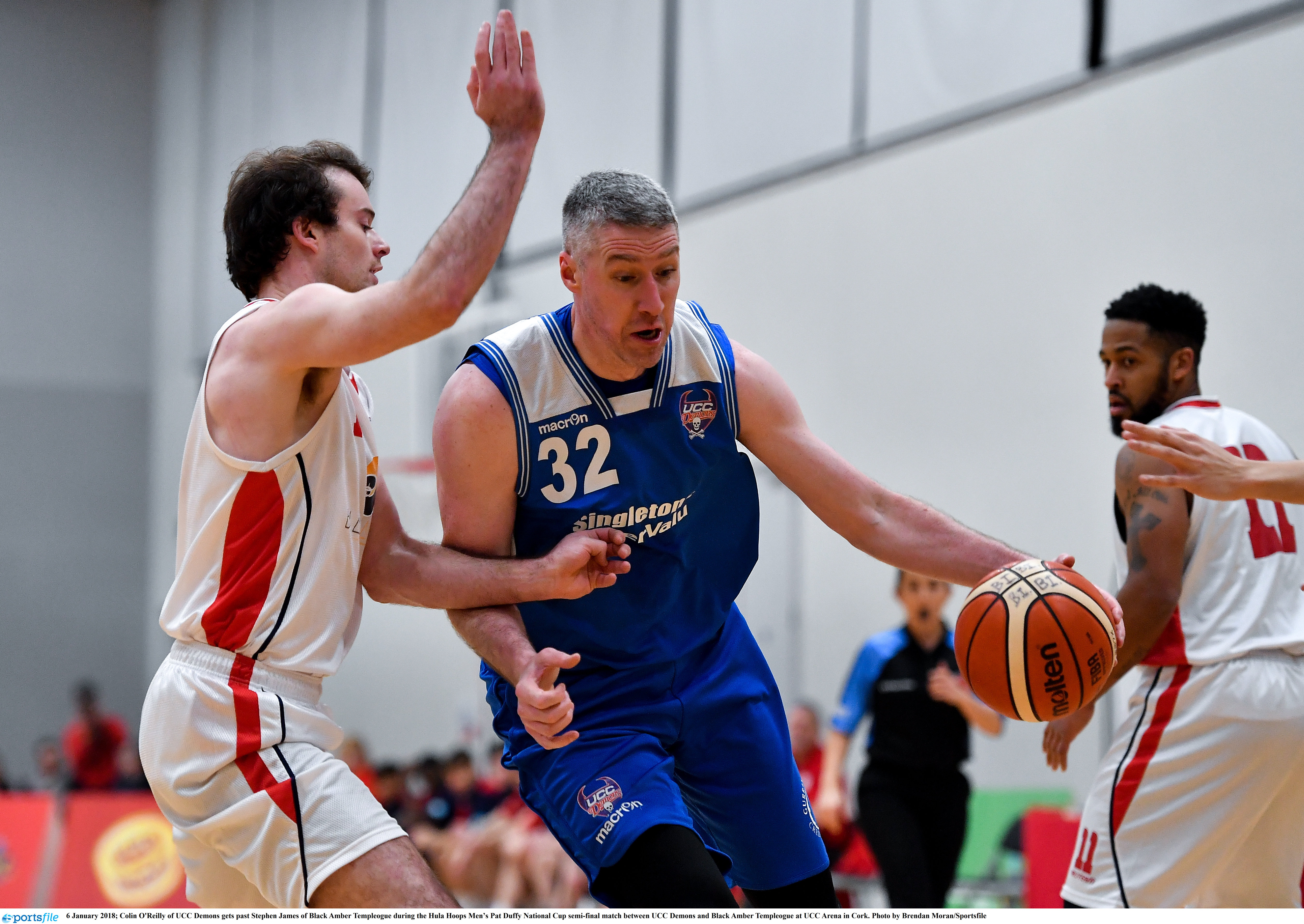 Stephen added: “There was one year at an international cap ceremony our family was there for. I got a cap for playing on the U16 team, Dad was coaching the U17 team, and Conor and Daniel got their caps for playing on the U18 team. I thought that was a pretty impressive achievement for one family. A game I remember is the senior men’s national team’s last game in the arena against Switzerland. It was the first time I saw Donnie McGrath play. He was fairly impressive.”

The Hula Hoops Pat Duffy Cup tips off at 8pm on Saturday night at the National Basketball Arena in Tallaght and will be live on TG4.