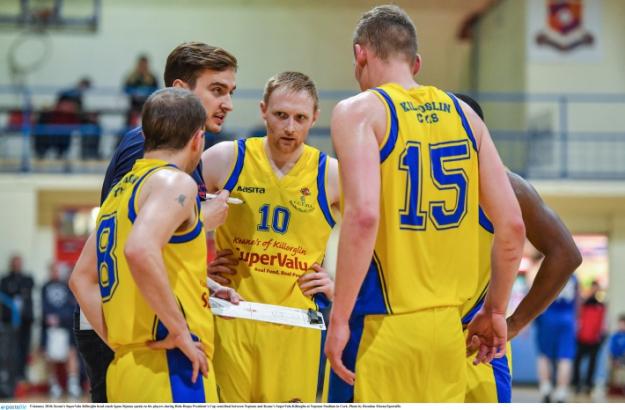 Keane’s SuperValu Killorglin have been making headlines already this season, having enjoyed a long unbeaten run at the top of the Men’s Division One table (from September up until two weeks ago), and storming their way into their first Hula Hoops Cup final at senior level.

We caught up with player and committee member, Declan Wall, ahead of Saturday afternoon’s clash with Ballincollig, to see how they were preparing for the weekend.

“It feels great to have our senior team in the President’s Cup final this year,” he began. “This is our third year at National League level so we feel this year could be the year to push on.

“We’ve a long history of basketball in the club here. In the ‘70s and ‘80s it would have been regarded as one of the strongest clubs in Kerry at the time but interest faded a bit for a period until it was kick started again in the last seven or eight years where our juvenile structure has really been successful in winning the Billy Kelly and getting to the u18 and u20 cup semi finals in cork this year.

“This final is special for the club though as it’s really the first major senior final we have reached and for me, it’s great to see so many of the guys on the team that I have coached at underage over the last few years reaching seniors at this level. There are a lot of fine people in this club coaching underage and are part of why these big days happen for us. We need to sustain this good underage structure in order to have more big occasions like this in the future – that’s our goal." 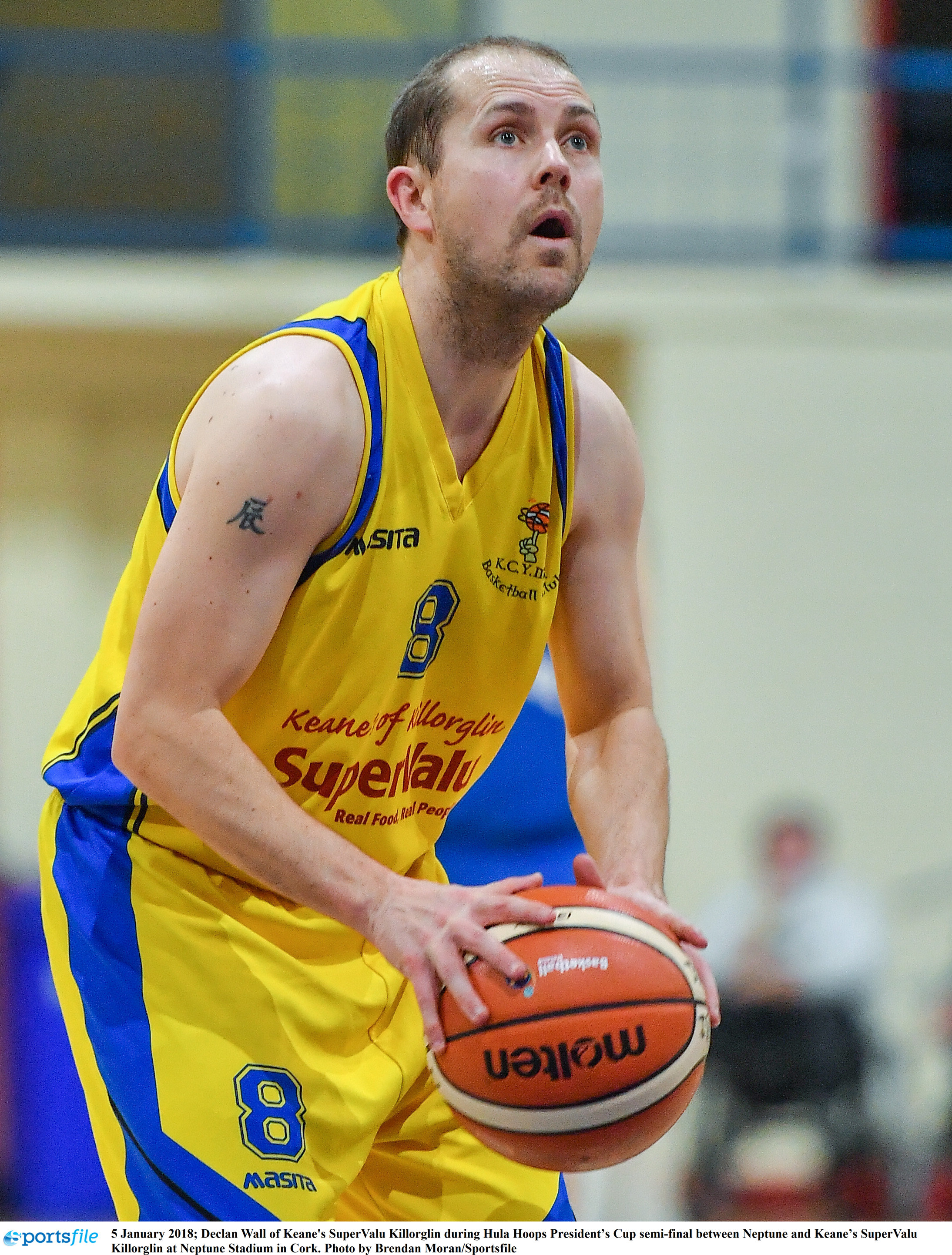 “We had great start to the season this year, which has given us a good position going into the business end, but these next six weeks is what will count from now on. We will take it one game at a time and see where it takes us. Ballincollig is up first in the Cup though and they are a strong side with a good coach and Saturday’s game will be tough. I think we have prepared well for it so hopefully we can bring our form into the game – really, in a Cup final though, it’s all on the day,” he mused.

“We’re lucky too as the people of the town have really embraced what's going on in the club. We get big crowds to our home games every week and we have lots of sponsors willing to help out which is vital for us to compete. They have got the bug down here so we are hoping to repay them come Saturday,” he added.

Looking ahead to the team’s preparation, Declan added that some players have their own pre-game rituals ahead of big games.

“Some guys do have there own way of preparing for games. Some wear same certain socks etc but one outstanding thing for me is that our American, Kev Gray, has to have pizza before a game!!"

And finally, with the Arena turning 25 years this year, we asked Declan what were his stand-out memories from the venue over the years. 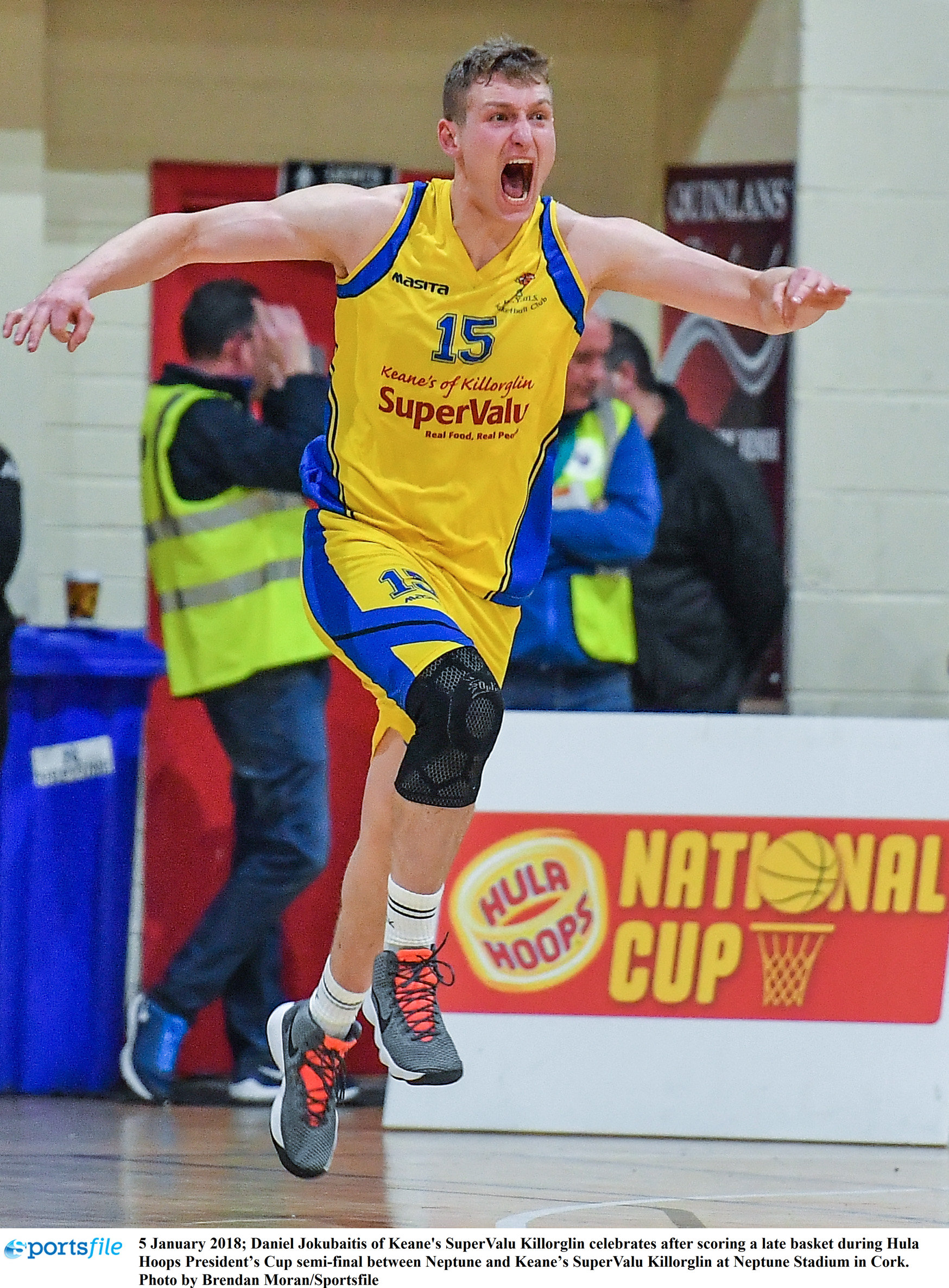 “I have had some good days and bad days at the Arena. My favourite memories would have to be winning the Under 19 cup against Belfast Star and a Division One league final against Titans – we were down eight with 1.13 to go and ended up winning by one! That will forever stick in memory.

“Winning this Cup final would mean so much to me personally as I suppose I'm not getting any younger these days so it may not come around again for me. But for the club, this would give it a boost from Under 8s up to seniors to keep working hard and some day they will get the chance to experience playing in the Arena too. That would make it all worthwhile.”