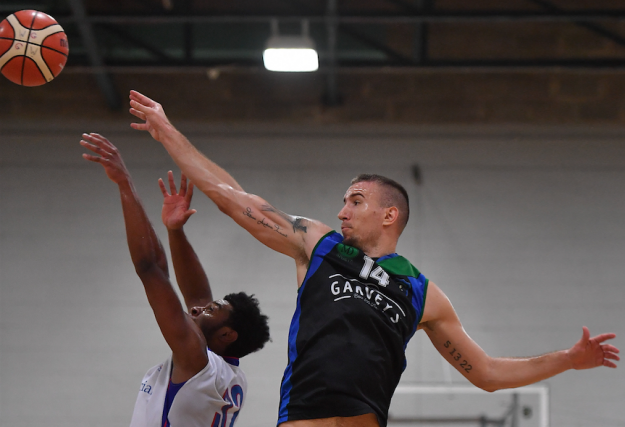 March madness is certainly the name of the game in Irish basketball this week as the national leagues are set for a thrilling conclusion in the coming days.

In the Men’s Super League, it’s shaping up to be one of the best finishes to a league in recent history, with four teams vying for top honours and the possibility of a tie at the top of the table becoming more and more of a reality as the days tick by.

UCD Marian are back at the top of the table with 16 wins and five losses after overcoming Griffith College Swords Thunder on Wednesday evening 75-69, but have Pyrobel Killester and Garvey’s Tralee Warriors right behind them who each currently have a game in hand.

Tralee will be hoping that they can keep the dream alive this evening when they travel to Oblate Hall in Inchicore to face off against Black Amber Templeogue in a hugely-anticipated clash. Tralee must win to keep the race in their control, otherwise, they will need Killester and UCD to lose out one of their games this weekend. Tralee will play their second game of the week at home on Saturday against Belfast Star.

On the other hand, Templeogue can come right back into the mix if they overcome Tralee this evening, but will still have to see off the challenge of Griffith College Swords Thunder on Saturday evening, and will also need other results to go their way – namely losses for both Killester and UCD Marian.

For their part, Killester stormed into a much stronger position with a big 92-63 point win over Templeogue on Tuesday evening, and have two games still to play – meeting both DCU Saints and Eanna this weekend. UCD meanwhile have to win out over Moycullen this Saturday as well to ensure they have – at the minimum – a play off for the title. If UCD, Killester and Tralee all win their remaining games, Templeogue will be out of the running and instead, it will be a three-way tie at the top of the table, which will provoke a play-off.

The bottom of the Men’s Super League table is just as close, with KUBS currently propping up the table, but both Maree and Eanna are still in danger of dropping into the relegation zone. Maree will meet both teams this weekend, while Eanna and KUBS also face tough challenges in Killester and UCC Demons respectively.

The Women’s Super League is also still in the melting pot as, thanks to last weekend’s adverse weather, a number of games have yet to be decided. Courtyard Liffey Celtics currently sit top of the table with 12 wins and two losses and will aim to win both of their remaining games – against IT Carlow Basketball and Pyrobel Killester – to ensure regular season honours.

The next three teams on the table are all vying for supremacy though, with Ambassador UCC Glanmire, DCU Mercy and Pyrobel Killester all on 10 wins and four losses. Glanmire face off against Maxol WIT Wildcats and Singleton SuperValu Brunell, DCU Mercy will also meet Wildcats before welcoming NUIG Mystics on Sunday, while Killester are on the road first to Singleton SuperValu Brunell and then away to Courtyard Liffey Celtics.

The Men’s Division One was also pushed back thanks to the weather, and this weekend, Cork is the place to be with a big derby between second and third placed Ballincollig and Neptune, while top of the table Keane’s SuperValu Killorglin face Fr Mathews in Colaiste Chriost Rí. Wins for Ballincollig and Killorglin would see them tied in first spot at the top of the League which would provoke a play-off between the two to determine the regular season winner, while if Neptune and Fr Mathews take the honours, it will be a three-way tie at the top between Killorglin, Ballincollig and Neptune.

The battle for fourth spot is also still on, with both IT Carlow Basketball and Fr Mathews hoping to secure it.

The Women’s Division One sees three of the top four spots still up for grabs, with this weekend’s games set to determine who qualifies for play offs. Four teams - UL Huskies, Fr Mathews, Meteors and Griffith College Swords Thunder - are all battling for just three spots, ensuring another interesting finish this weekend. UL Huskies meanwhile will also host Ulster University Elks in the second semi-final of the WNCL Championship Trophy.