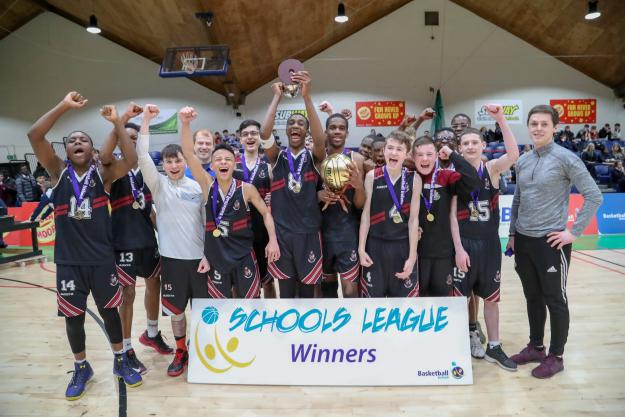 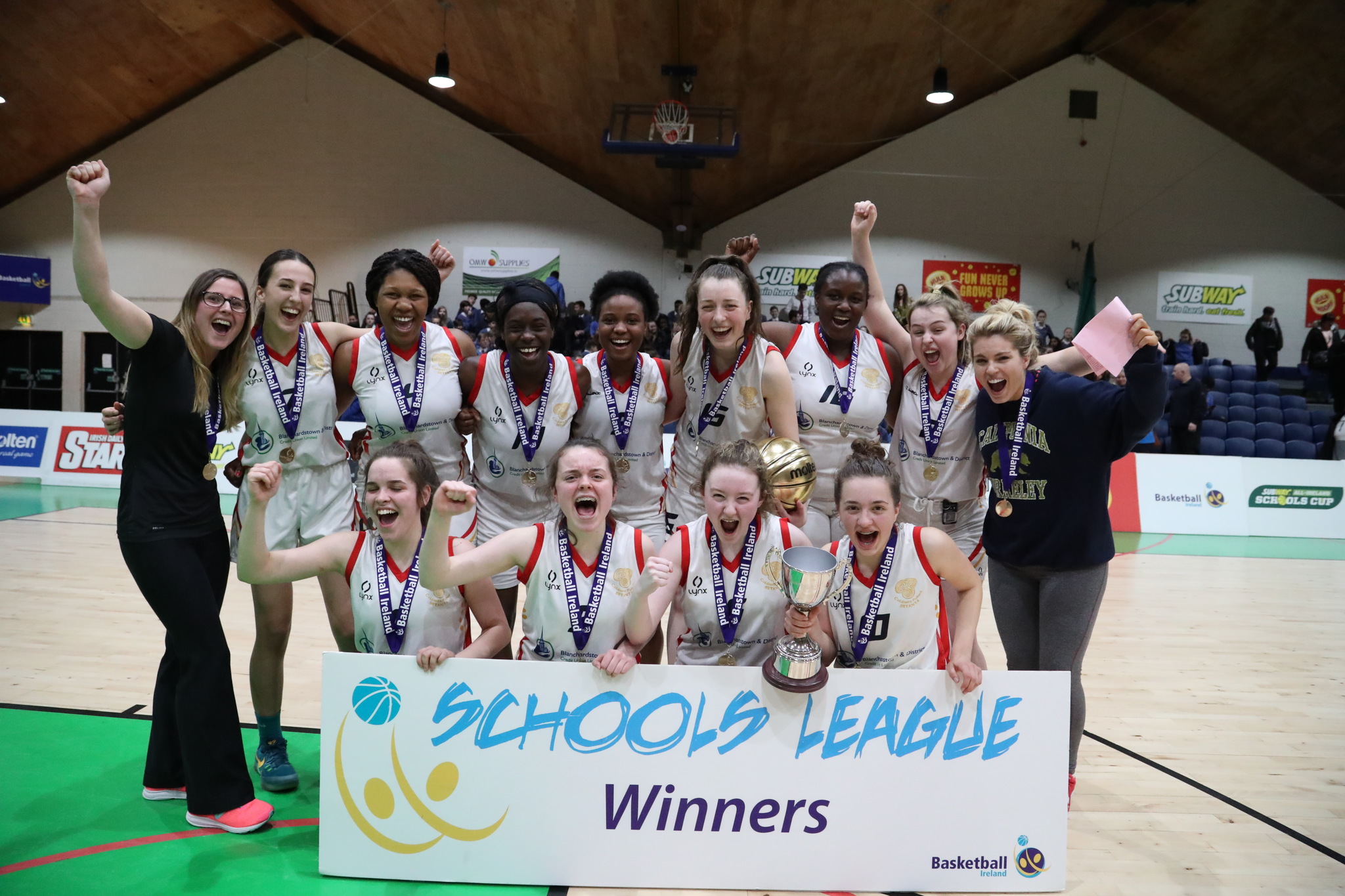 Katie Williamson inspired Colaiste Pobail Setanta to their second All Ireland title this year with a huge 33-point display against OLM Drimnagh in the All Ireland Schools League Under 19 C Girls final this afternoon.

The talented young Irish international had a tally of 25 points at half time to power them into a 39-20 point lead at the break and they never looked back from there.

Indeed, it was an overall great team performance, with Ciara Meegan impressing with some stylish assists, while Zoe O’Sullivan and Layomi Banjoko Johnson, chipped in with some good scores to help their side to a memorable victory.

OLM Drimnagh could not be faulted for lack of effort though, and put up a solid performance in the face of Williamson’s dominance, switching up their defence on numerous occasions to stem the tide. Lauren Buchanan and Sophie Doyle working tirelessly on both ends of the court and getting some big scores for their side.

A close and tense first quarter got proceedings underway, with Buchanan and Doyle matching Williamson score for score to see CPS only leading by one at the first buzzer. The second quarter was where Williamson truly hit her stride, netting a huge 20 points in the eight minute period, to help Setanta outscore OLM 28-10 for the quarter to lead 39-20 at the half.

The remainder of the game continued in the same vein, with the height and power of Williamson the biggest talking point of the game, and despite the best efforts of Buchanan, Doyle, Shannon Gibson and Kayleigh Higgins, Williamson and CPS had just too much and they ran out deserving 62-33 point winners. 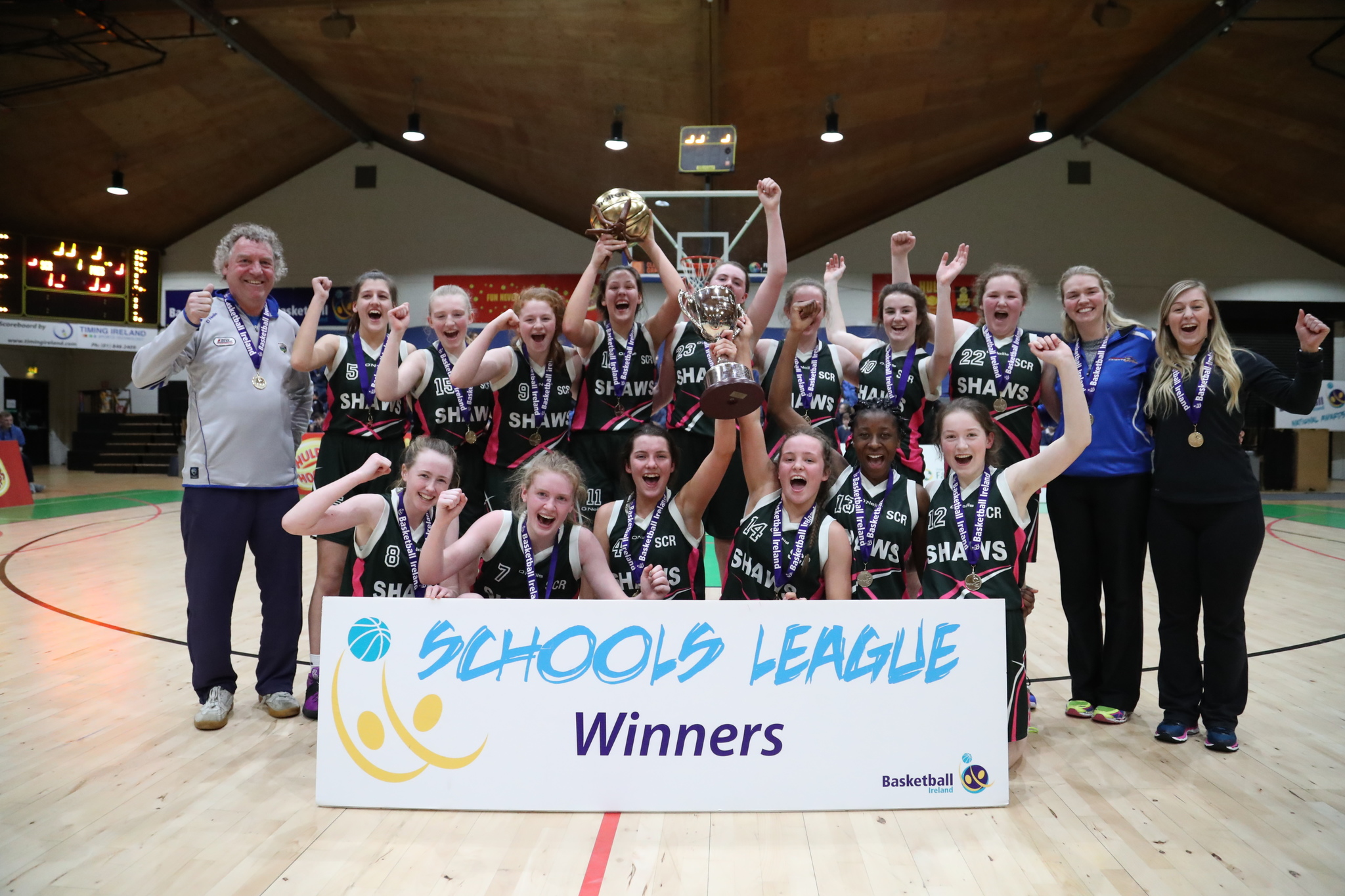 Scoil Chriost Ri, Portlaoise have added yet another All Ireland title to their collection this year, as they were crowned All Ireland Under 16 A Girls champions with a 42-35 victory over Presentation SS, Castleisland in a thriller at the National Basketball Arena in Tallaght today.

A superb MVP display from Jasmine Burke saw her put in a very solid display under the boards to keep her side in front in the face of a hard-working and tenacious Castleisland side.

Indeed, it was the Portlaoise side who got off to the better start as Burke got them off the mark with a hard-fought score. Both teams battled hard to find chances early on, as Chriost Ri’s aggressive man-to-man defence kept Pres Castleisland’s scores in check, and they finished ahead by 8-2 after the first.

The second quarter saw a more composed and eager Castleisland team hit the floor as Emma O'Regan and Grainne Walsh stamped their authority on the game, battling hard on rebounds and possession. More tough work from Castleisland in the closing minutes of the second quarter kept the intensity high, as a long shot from Gemma Kearney dropped and saw Castleisland take their first lead of the game. Chriost Ri weren’t finished yet though as a foul on Grainne O’Reilly sent her to the free throw line to bring her side ahead once more, finishing the quarter up 23-18.

BOOM! Just like that @ScoilChriostRi1 are not only Cup Champions but also U16 A Girls School League champions too! Full time Chriost Ri 42 @PresCisland 35 #SchoolLeagueFinals pic.twitter.com/8gWzqJnorw

It was all left to play for in the third quarter, with Emma O'Regan the standout star for Castleisland and her drives to the basket began to chip into the Portlaoise lead. Superb defence from Ciara Fitzgerald forced a number of turnovers, before a switch up by Portlaoise coach Pat Critchley on defence finally disrupted their momentum. Burke, Shauna Dooley and Ciara Byrne began to notch up the scores for Chriost Ri once more and as the fourth quarter got underway, they widened the gap to nine points.

Huge performances from Ciara Byrne, Sarah Flemming and Grainne O’Reilly in the last stretched Portlaoise's lead out, and despite super work from O'Regan, Grainne Walsh and Hillary O'Connor, Portlaoise won out 42-35, scooping their second piece of silverware this year. 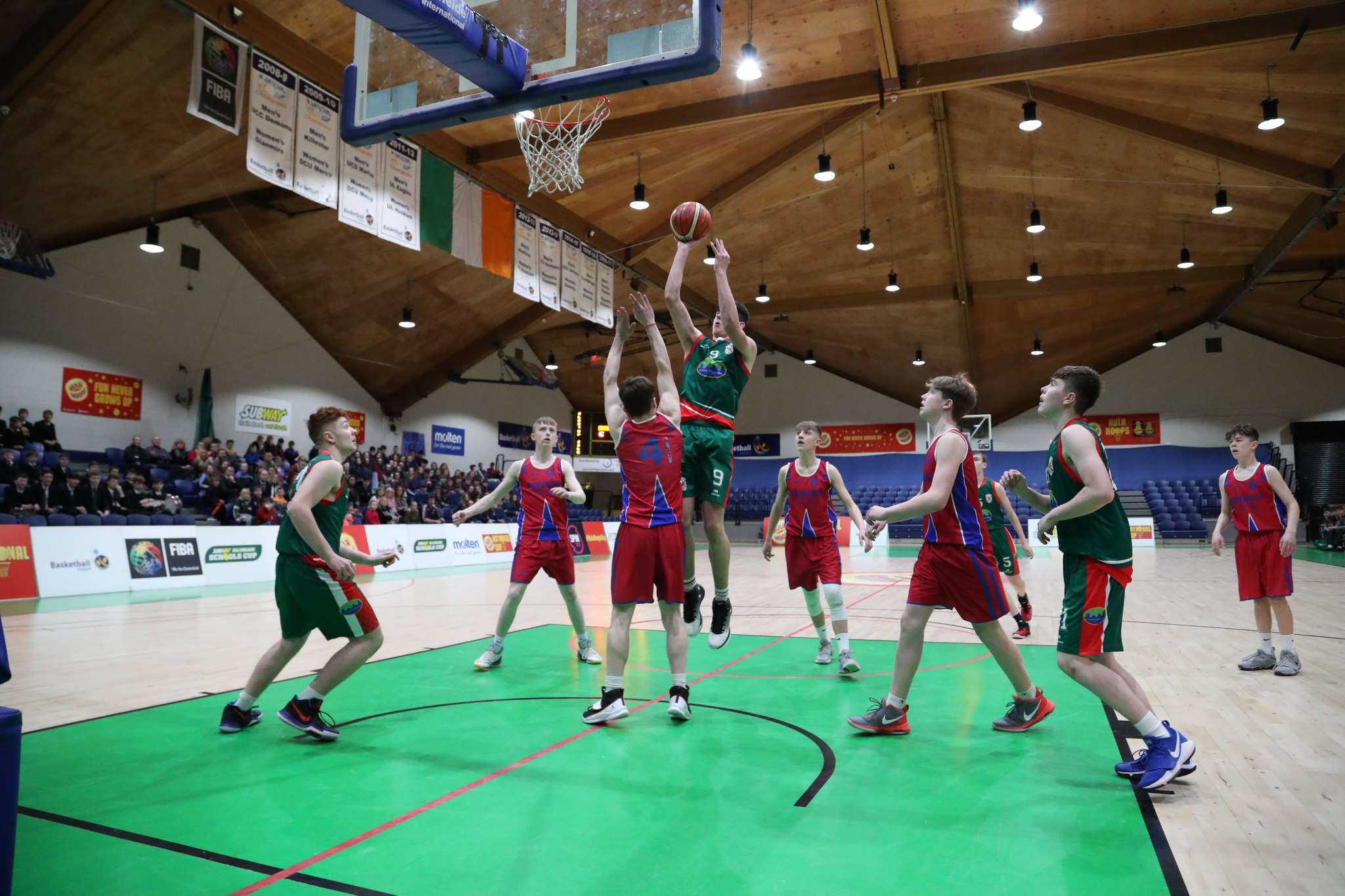 A blistering opening quarter from St Patrick’s Grammar School, Armagh, laid the foundations for All Ireland victory in the Under 16 C Boys final at the National Basketball Arena in Tallaght this afternoon.

The Armagh school put up a huge 23-9 score in the opening quarter to give them a comfortable cushion to drive on from for the remainder of the game as for every other quarter, Heywood matched them score for score but the damage had already been done.

Superb scoring from Kajus Zagrelis and Michael McGleenan early on and, indeed, throughout the game, gave St Pat’s the early dominance, but the result was never fully secure until the final quarter as Heywood put up a brilliant second and third quarter display to try and close the gap.

Brilliant work from Davin McEvoy and Conaire Gee as the second quarter got underway kept Heywood’s scoreboard ticking over. Strong defence from Fionan Mahony and Eoin Fitzgerald began to stem the tide of the St Pat’s attack, and they matched the Armagh’s schools scores from Stebe Donaghy, Pearse Donnelly and Oisin Terris with scores of their own at the other end, and trailed 39-22 at the half.

Again, an evenly matched third quarter ensued, with defence on top at both ends of the court as each side added just nine points to their tallies by the end of the quarter. St Pat’s were determined not to let this one slip through their fingers though, and a huge fourth quarter from MVP McGleenan and Zagrelis powered them ahead, and they went on to outscore Heywood by 17-9 in the last quarter to win out 65-42 in the end.