Another thrilling day of finals in BIPPS South East 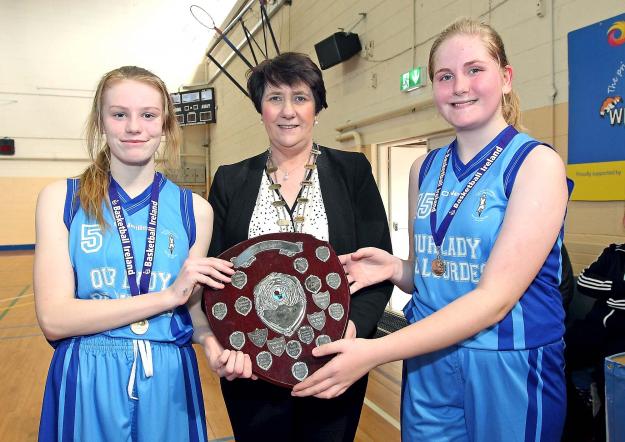 Another thrilling day of finals in BIPPS South East

President of Basketball Ireland, Theresa Walsh, was in attendance to preset the trophies to the winning captains.

Ursuline got off the mark early through Allannah O’Sullivan while Kilkenny had some excellent outside shooting in the form of Sophie Rafter and Aoife Coverdale. Both teams were evenly matched with the lead changing hands on numerous occasions. Patience Akachukwn caused numerous problems for the Waterford side, with some excellent steals and some fine baskets at the other end, while Coverdale and Tara Maguire were holding their own for the Kilkenny side. Kilkenny found an extra gear in the fourth. 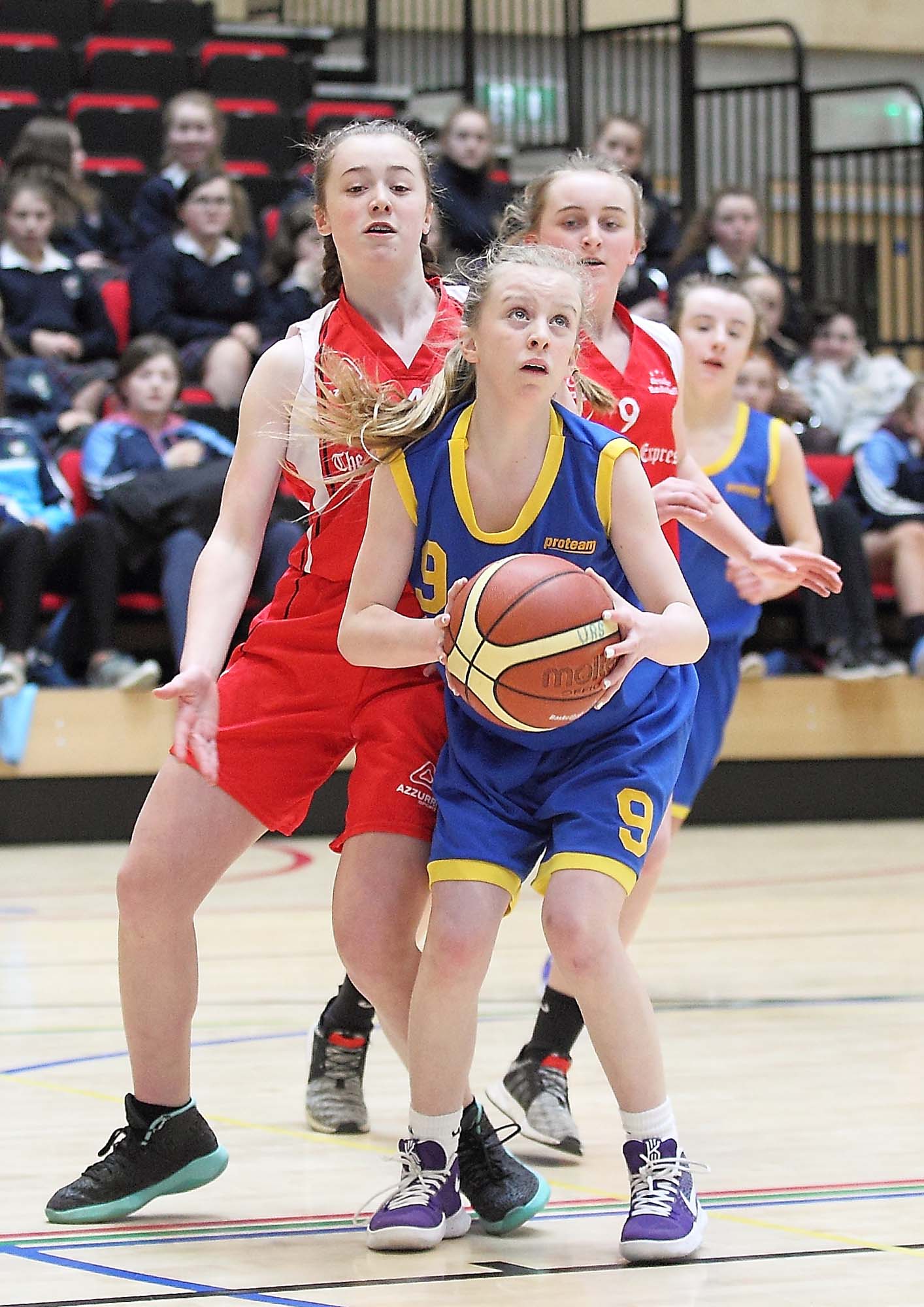 Mercy Waterford took on Pres Kilkenny in the 2nd year A final. Mercy were out of the blocks the fastest with some great pressure on defence to get easy scores at the other end. Bronagh Higgins and Sarah Hickey were on the end of some fine moves. Kilkenny stayed in touch through Sarah Barcoe and Sarah Hudson. Mercy started the third quarter far slower than the first mainly down to Kilkenny upping the tempo and finished some great moves through Grace Lawlor. Mercy pushed the panic button though down the stretch and upped their defence to finish the game as a contest in the fourth quarter. 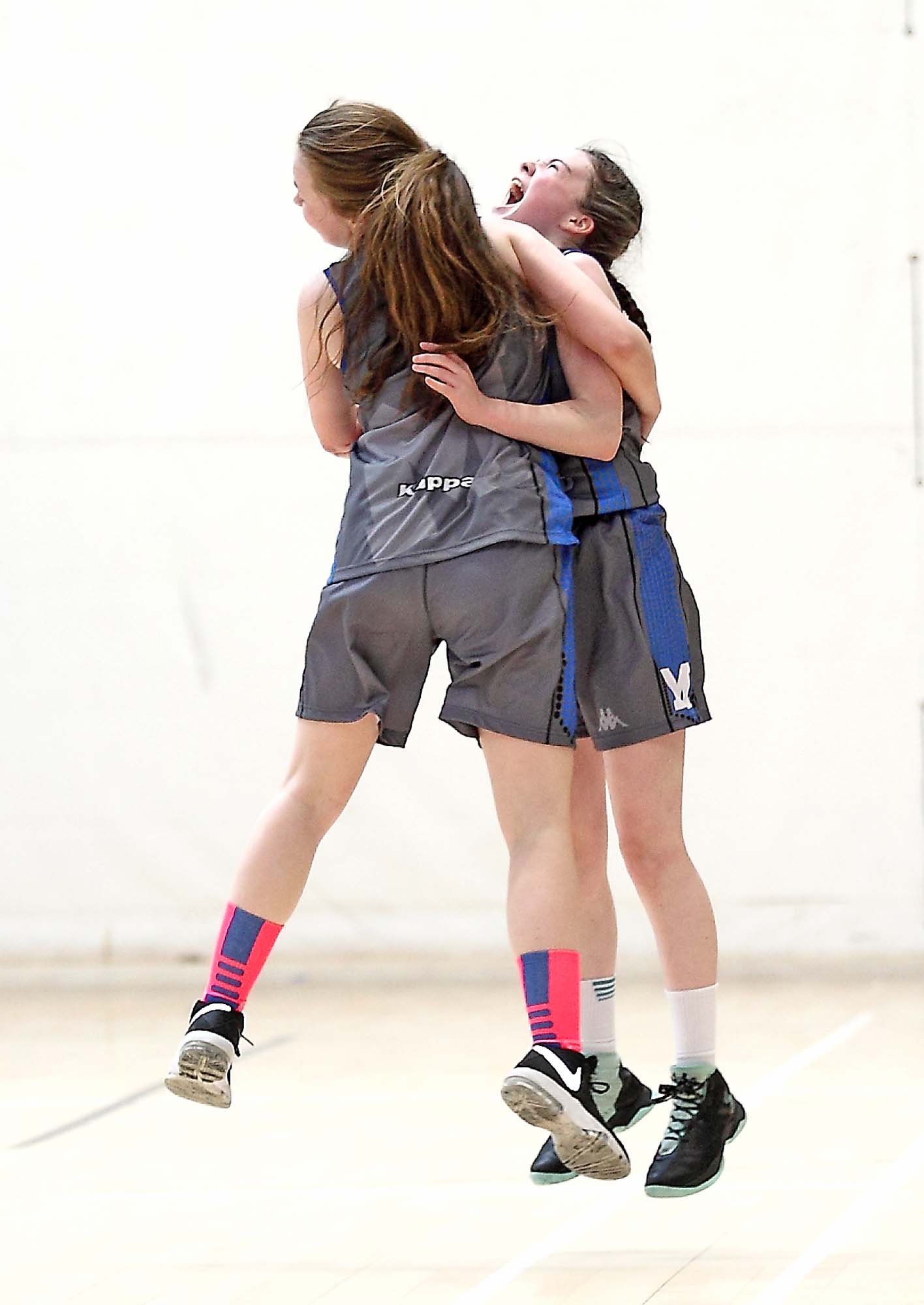 Cashel started off the brightest, with scores from Sophie Rea and Anna Fahie . Clonmel found the first half tough as they were not able to penetrate Cashel’s excellent defence. The second half was much better, as they settled into the game and found scores in the form Aoibhne Brown and Claire Walsh and were able to push out the lead to hold on to win. 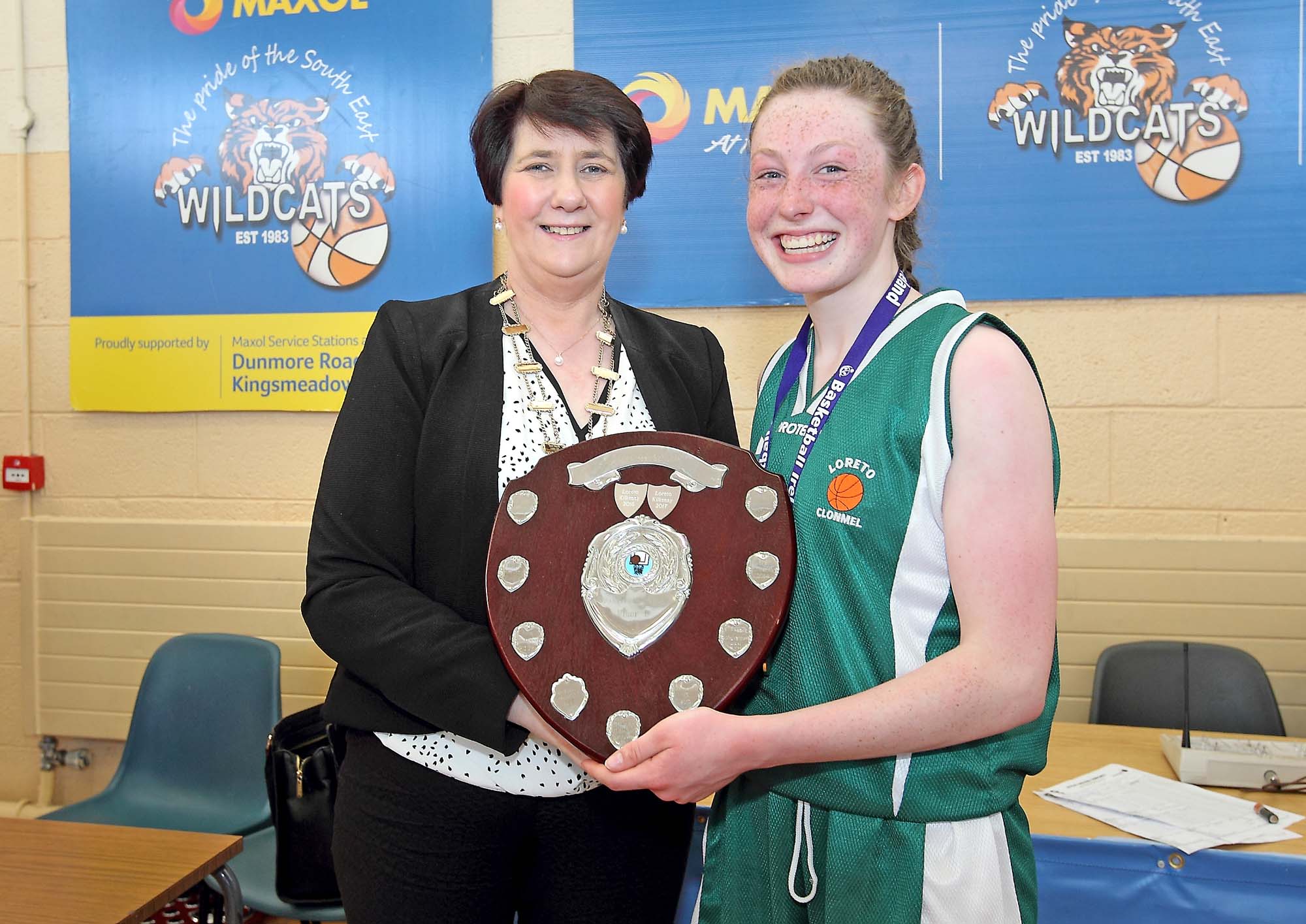 A hotly contested B final was in store for two local rivals, with Ballingarry eager to avenge the earlier league defeat.  Siobhan O’Hanlon got Scoil Ruain on the scoreboard with some nice post moves while Ballingarry’s Molly O’Meara was able to find the net for her side. Niamh Hayes from Scoil Ruain and Eabhan Hogan for Ballingarry traded baskets to keep the scoreboard ticking over. Scoil Ruain came into their own in the fourth though, and were able to push out the lead to claim the title. 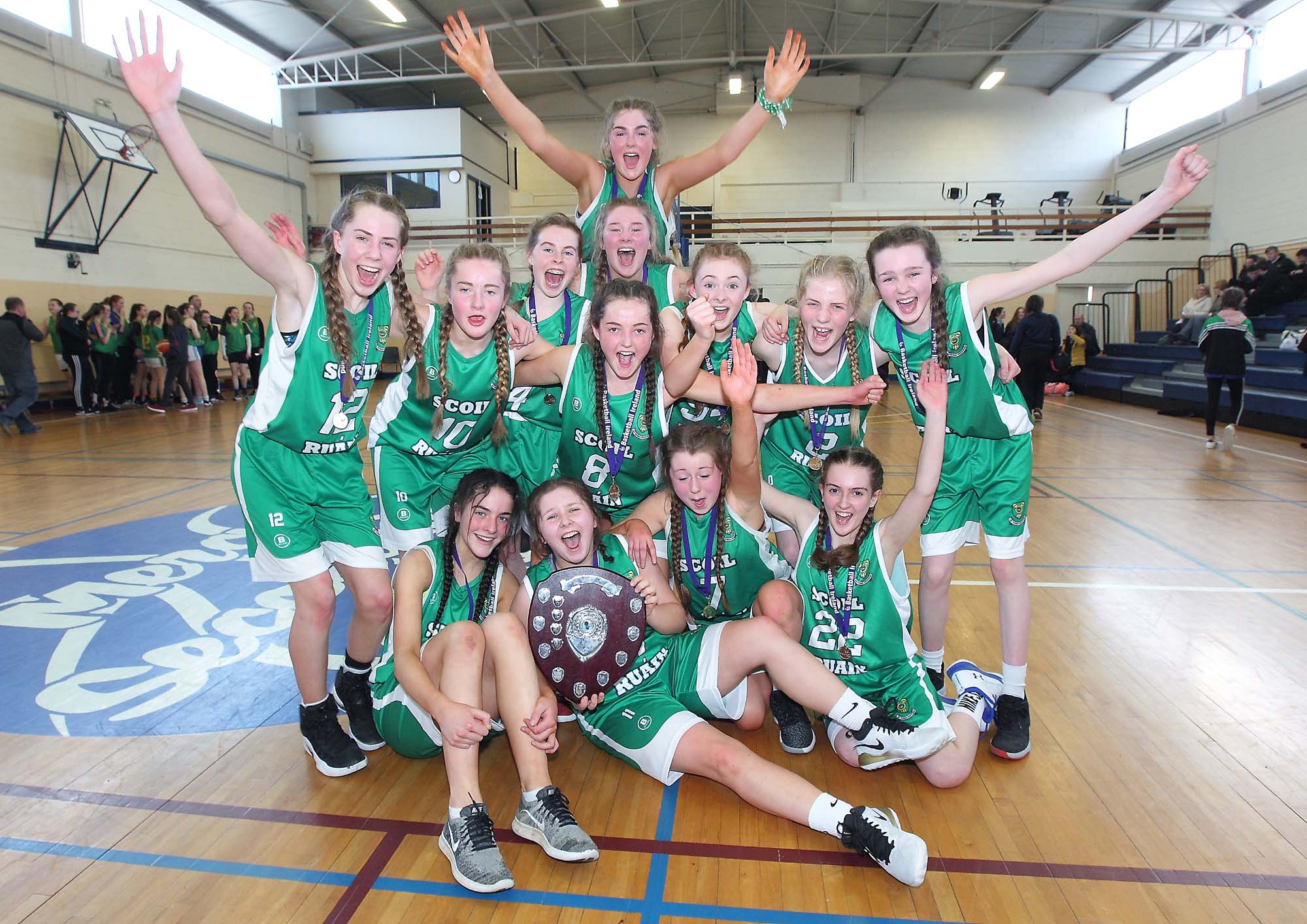 Our Lady of Lourdes New Ross: 30

Aideen Sanders Foley got Ramsgrange off the mark with an excellent score but New Ross answered in the form of Julia Hilicka and a tense opening half ensued. Both teams were playing tight defence but Kristen Kenny was able to convert for New Ross. Ramsgrange were staying in touch through Jamie Walsh who showed tremendous skill to finish under pressure. New Ross found their touch though in the fourth quarter and were able to push the lead out to claim the 1st year C title. 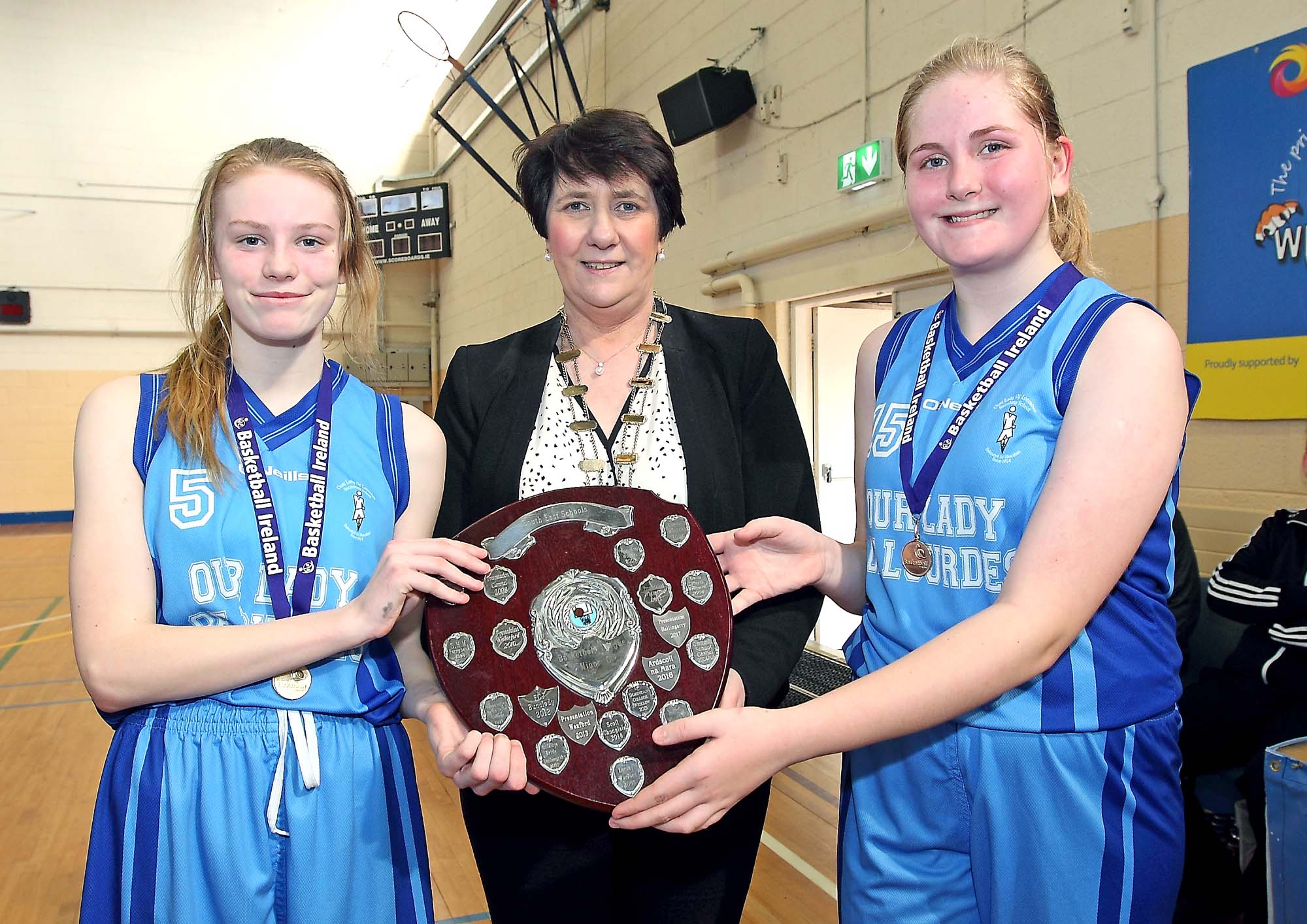 This was an eagerly awaited final as both teams had won all their matches during the year and a close contest was expected – and certainly delivered. Lucy Walsh got Wexford off to a great start with a nice shot from the outside, but Carlow’s answer soon came from Kayleigh NI Eachaoirn. Wexford upped the pace through point guard Uisce Moroney but Carlow were still holding on through some excellent defence from Aoidha Ni Chaoimh. Wexford pulled ahead through Rita Redmond and were able to hold a slender lead all the way to the final whistle. 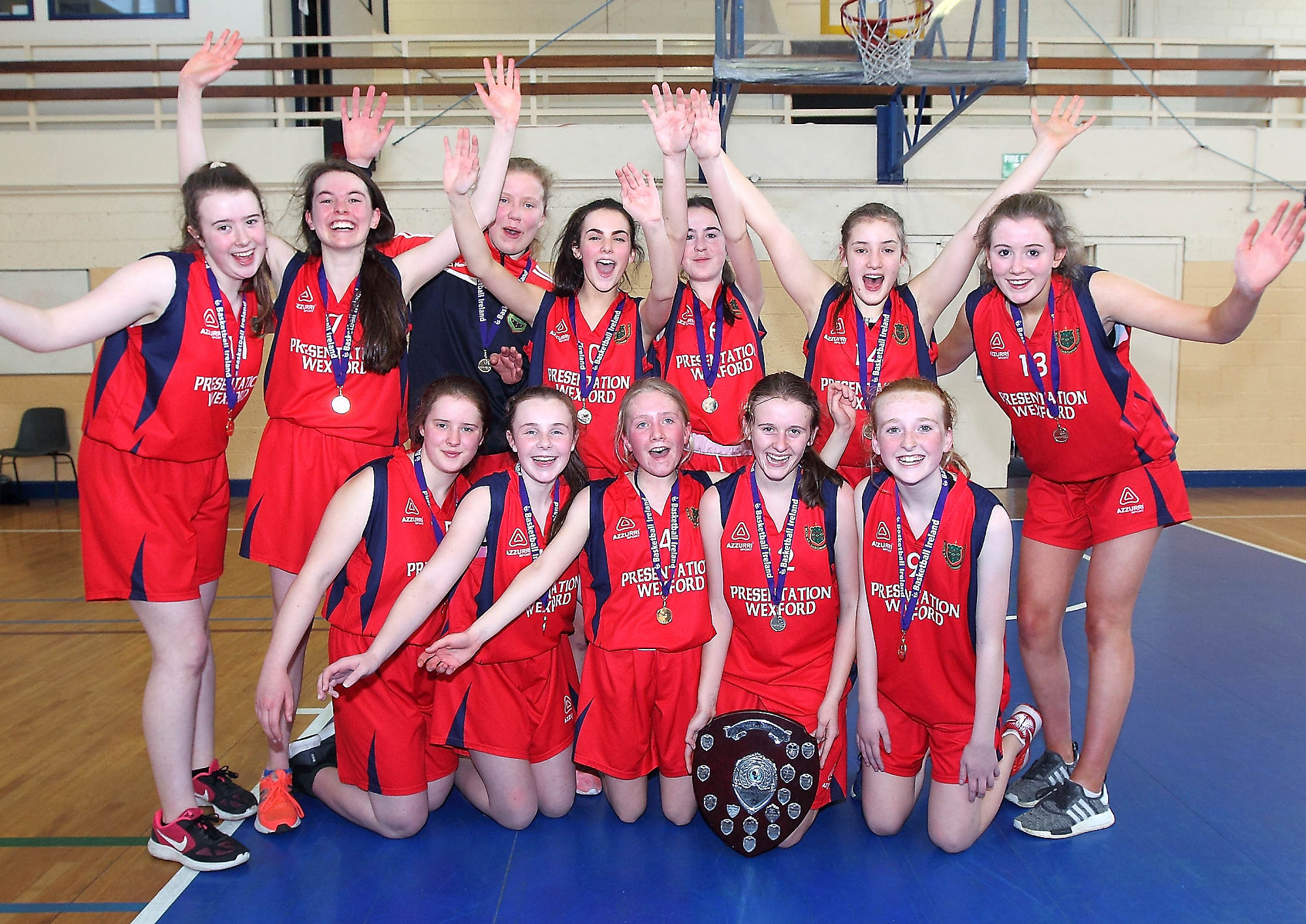 In front of a large attendance, Colaiste Abbain and Cashel locked horns in the 1st year D final. Both teams were full of life and found baskets hard to come by. Cashel were first to settle through Erin Gillespie while Colaiste Abbain found the net through an excellent move in the form of Karolina Jaglarz. After the half, Cashel upped the tempo and through Ellen Butler and Ciara Spillane, they combined to push the lead out. Shannon Wright answered for the Wexford side but it was too little too late and Cashel claimed the 1st year D title. 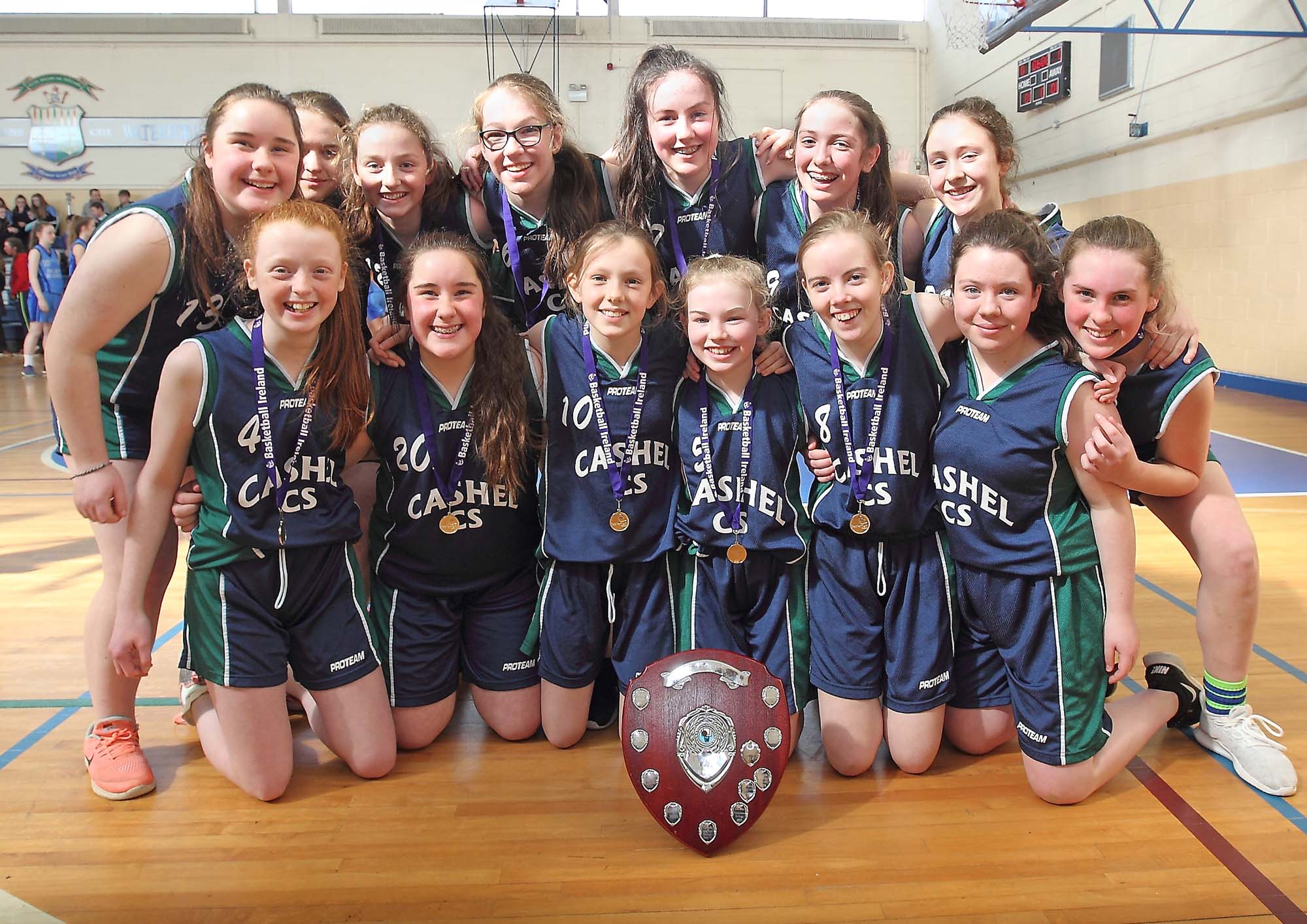 In the 2nd year D final, CTI Clonmel took on Bunclody from Wexford. Clonmel played some tough defence at the start, which Bunclody found hard to penetrate. Rhiannon O’Shea and Megan Fahy stretched the lead out for the Clonmel side. Bunclody replied in the form of Courntey Roberts, but Clonmel had too much power for the Wexford side and were able to finish the game as a contest in the fourth quarter. 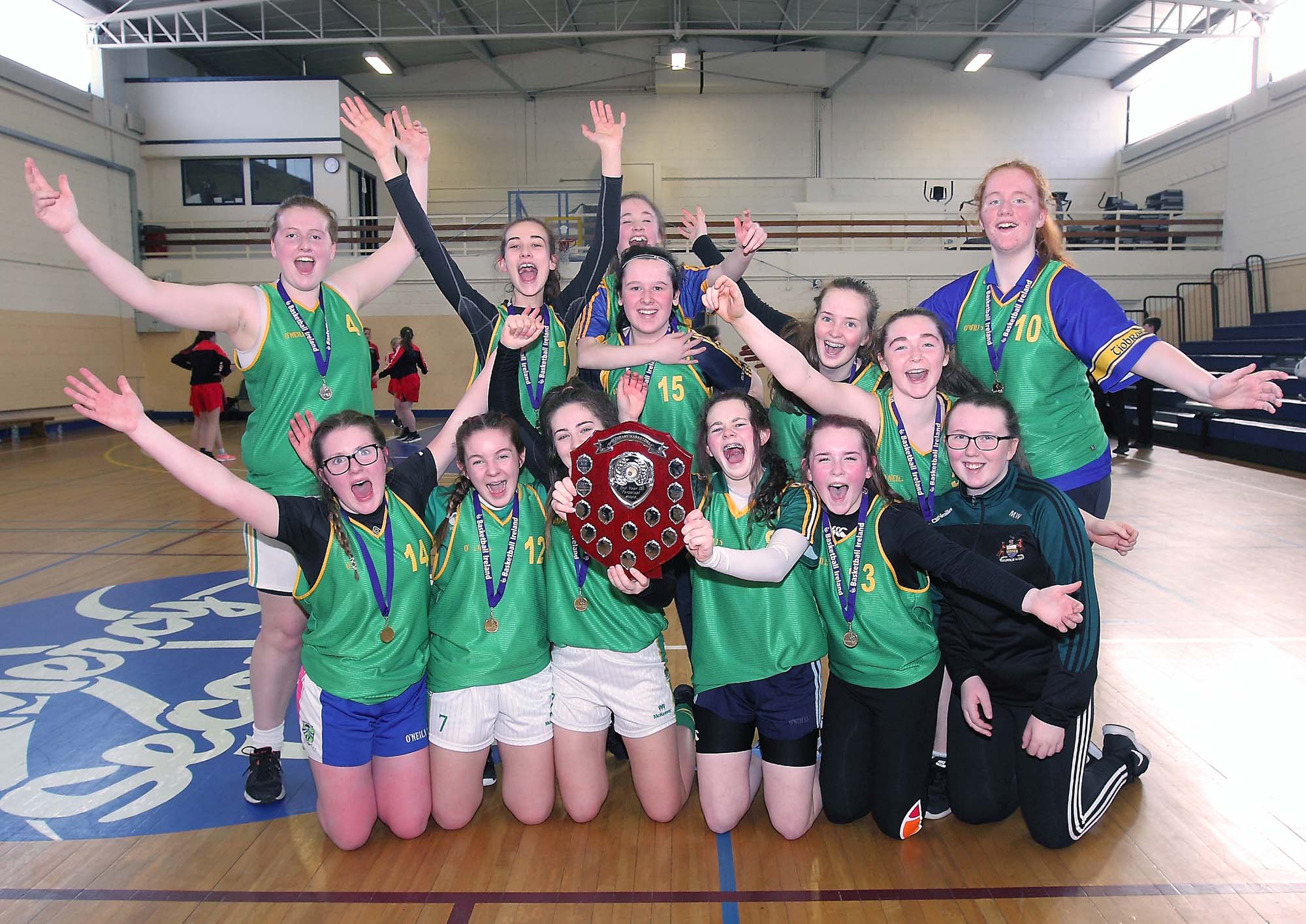