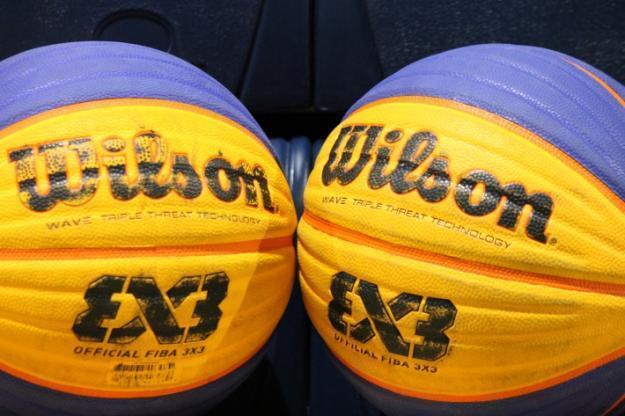 The Ireland men's and women's 3x3 teams are in action this weekend in the FIBA 3x3 Europe Cup qualifiers.

The women's team will be in action first in France, facing Ukraine and Poland in their opening group games on Friday, June 29th.

The men's team will kick off their campaign on Saturday, June 30th, in Romania.

Fifth seeded Croatia showed their 3x3 experience today as they held out to win 16-9 against Ireland in the opening group game of the Europe Cup qualifiers in Romania.

A late comeback from the boys in green didn’t upset the Croatians, who widened the gap back out to five points thanks to a free throw and a strong drive to the basket, before finishing their scoring with a well-taken long range two.

Croatia had the better of the early exchanges as Ireland were slow to adjust to the windy conditions, and opened up a 4-0 lead early on. Ryan Leonard got the Irish off the mark with just under three minutes played, as he was quickest to react under the boards when Scott Kinevane’s free throw didn’t hit the mark. Stephen James was next to get on the scoring for the Irish, before Eoin Quigley brought their tally up to three points.

Croatia were still firmly in control though, and with four minutes left to play, were ahead 11-3. Leonard found the target for Ireland a few minutes later, and shortly added another one as he finished an Eoin Quigley shot to the net. A free throw from Kinevane moments later suddenly had the game back to five points, and a superb Quigley rebound found Stephen James outside, who slotted home the two-pointer.

Now on the back foot, Croatia struggled to find much-needed scores, and the pressure mounted as Kinevane slotted home another basket to leave it 12-9 in favour of Croatia.

As the rain got heavier though, momentum swung back in favour of Croatia, who kept their cool and slotted home a free throw, a lay up and a long two to see them home to a 16-9 victory in the end.

The lads’ second game against Germany this afternoon has been delayed due to rain.

A Stephen James inspired Ireland team ran out 18-14 point winners in a memorable victory over Germany this afternoon at the FIBA 3x3 Europe Cup qualifiers in Romania.

The victory saw a fantastic all round team display, with Ireland Ryan Leonard getting the boys in green off the mark with three quick scores. Leonard added another, before James went on a superb 7-0 run of scores to put Ireland into an 11-6 lead.

Scores from Kinevane and Leonard followed to widen the margin out to 10 points in favour of the Irish. A late German rally though saw them come fighting back in the closing two minutes, and with just over 30 seconds to go, had the gap closed to four points. Ireland kept their cool though and held on for a memorable win.

Ireland now await the result of Croatia and Germany to see if they progress to the quarter-finals.

One of the top women’s teams seeds Ukraine showed why they’re hotly tipped in this year’s FIBA 3x3 Europe Cup competition this afternoon, as they ran out comprehensive 21-3 point winners over Ireland in the opening group game in Poitiers, France.

Ukraine started well and opened an early two-point lead before Ireland responded with a fine two pointer from Aine O’Connor to tie up the scores. By the halfway mark though, Ukraine had gone on a 6-0 run, to lead 8-2, as their size and physicality proved to be too much for Ireland under the boards.

The Irish didn’t put their heads down though, and Aoife Callaghan hit a superb score to pull a point back for her side, but that was to be their last score of the game, as Ukraine upped the ante even more and powered home to 21 points to see the game out.

Ireland will learn quite a lot from the opening game and now turn their attention to Poland who they go head-to-head with later this afternoon.

Ireland fell to their second defeat at this year’s FIBA 3x3 Europe Cup qualifiers in France this afternoon, losing out 21-6 to Poland in their second group game.

Poland’s strength and height were just too much for a determined Irish side who put in a much-improved performance following their earlier defeat to Ukraine.

Poland opened the scoring with two quick shots, before superb rebounding from Aine O’Connor saw her kick the ball out long to Aisling McCann who netted the two to level proceedings. Poland began to exploit their height advantage under the boards though, driving in eight quick points to lead the Irish 10-2 by the midway mark.

The closing five minutes were far more competitive from an Irish point of view, with nice link-up play around the arc and good rebounding by O’Connor setting Aoife Callaghan up for a great long two. Callaghan followed up with another score, before a good finish from O’Connor rounded off the scoring for the Irish for the day. Poland continued to find the target in clinical fashion however, and ran out 21-6 winners just before the end of regulation time.

A much-improved performance from the Irish saw them settle quicker than yesterday, but the size difference between the two teams was notable from the off, and Ireland had to try and rely on their speed to get some scores on the board.

Aine O’Connor got them off the mark early on, finishing off a good Irish team move in style. Sweden were strong outside shooters though, and with just over two and a half minutes played, had opened up a 7-1 lead and were firmly in control.

A strong drive and score from Aoife Callaghan followed to close the gap, before Aisling McCann worked her way through for a score to reduce the margin to six points.

It could have been closer for Ireland if some of their efforts had landed in the net, but there were no such accuracy issues for Sweden who extended the gap to ten points, 13-3 as the halfway mark ticked by.

The best score of the game came with 3.30 left on the clock when Aisling Nee bagged a huge two-pointer for Ireland that was taken from well outside the arc, and Aisling McCann also found the target from long range as the clock ticked down. That was to be the team’s final score of the game though and Sweden ran out ten-point winners in the end, 17-7.

The team now face Germany in their final group game this afternoon.

Ireland: 14
There was heartbreak in overtime for the Irish women as a two-point shot from Germany denied them victory at today’s FIBA 3x3 Europe Cup qualifiers in France.

The Germans started well, racing into a five-point lead. Ireland soon settled, however, and a point from Aine O’Connor put them on the scoreboard.

The women in green continued to impress with some super shooting from Aoife Callaghan, O’Connor again and Aisling McCann to bring them to within two points of their opponents, 8-6.

McCann drew Ireland level at 9-9 with just over three minutes left to play, but a sharp burst from Germany saw them go up 12-9 and it looked like they would take the spoils.

Ireland’s never-say-die attitude shone through though, and three quick points from Aine O’Connor soon had the sides level once more and the buzzer sounded with the teams all square on 13-13. Overtime saw Ireland started brightest, with O’Connor getting inside for a score. Despite their best efforts to find the winning basket though, it just wasn’t to be for the Irish and Germany hit the long two to take the win 15-14.