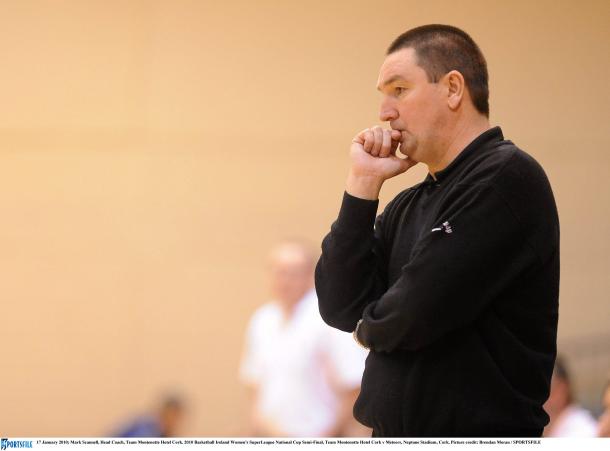 Head coach of Ambassador UCC Glanmire, Mark Scannell, has this week announced he will be stepping down from the position for the 2018/19 season.

Scannell has had huge success with the club during his many years of service, including six National Cup wins and seven league titles and was, most recently, head coach of the Ireland senior women’s team for their 2018 FIBA Small Countries campaign.

“I’m taking a break from the National League this year,” he said this week. “I have been doing it for nearly 20 years now and I want to take a break away and spend more time at home, more time with my business and study the game a bit more from a distance.

“I will still be coaching at schools level, but stepping away from the National League will free up time for me at weekends. My daughters are both living abroad so I hope this will give me more chance to see them.

“I’d like to thank my assistant coaches, team managers, club committee members, supporters and sponsors for all of their support over the years, and particular thanks to the players who have been so dedicated to the sport,” he finished.

In other Cork basketball news, there will be three women’s teams in the Super League next season it was revealed this week, with Fr Mathews joining Glanmire and Singleton SuperValu Brunell in the top flight – the latter under the guidance of new head coach, Tim O’Halloran.