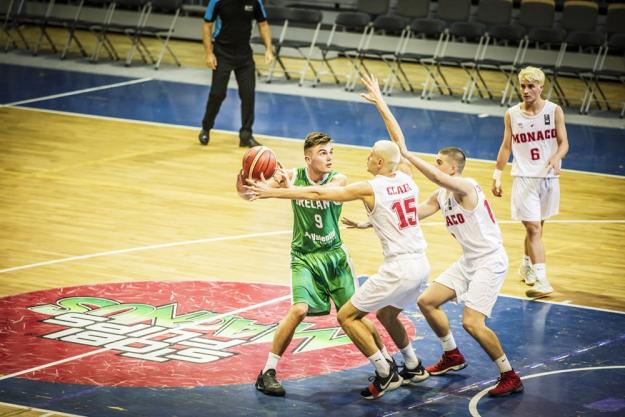 The cheers of the Irish support could be heard throughout the stadium this afternoon as the Ireland Under 18 men’s team continued their unbeaten streak at the FIBA Under 18 European Championship Division C with an 80-71 point win over Monaco in a thriller this afternoon.

David Murray was one of the stand-out stars for the Irish, with a whopping 32 points and 15 rebounds for the boys in green to help see them home a third win on the trot.
It was Monaco who got off to the better start though as, after David Murray opened the scoring for the Irish, Monaco edged in front dominating at both ends to take the lead. Good work under the boards from Eoin Nelson plus a vital basket from Paul Kelly finally broke the deadlock for the Irish, while a huge 10-point quarter from Murray helped to close the gap to 16-14 in favour of Monaco at the end of the first.

Within a matter of seconds of the restart, Murray spun his way through the Monaco defence to tie the game at 16 apiece, and Oisin Rice put Ireland into the lead from the free throw line. Scores from Darragh O’Sullivan, Conor Liston and Murray followed, while Paul Kelly drove through with ease to help increase the lead. Big defense from James Conniare and Cillian O'Driscoll and a huge quarter from Jay Kavanagh helped to give Ireland the edge, and he added five points to see Ireland into the lead at half time, 31-39.

A tense third quarter followed as, despite Ireland opening up a ten-point lead in the opening seconds, Monaco were not giving up easily. Big scores from them saw them bring the gap back to six, but Murray was on hand once more to steady the ship and put distance back between the two sides and, by the end of the third, had increased his personal tally to 27 points. Kelly and O’Sullivan added scores to see Ireland hold a six-point lead going into the last 52-58. 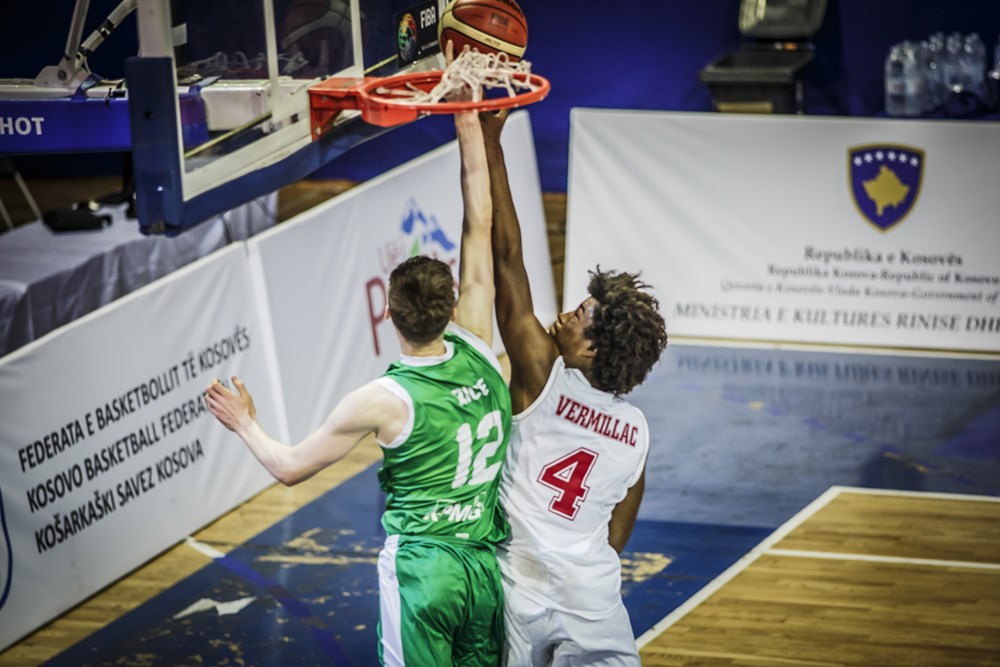 The sharp shooting of Nate Moore was one of the talking points of the fourth quarter, as he hit two bigs threes in a row to help Ireland keep ahead in the face of Monaco’s pressure. Big work under the boards from Eoin McCann saw him on the free throw line on a number of occasions throughout the quarter, while strong play from Rice set up scores from Murray, O’Sullivan and Kelly to keet Ireland’s lead intact, and they ran out 71-80 point winners in the end.

Speaking afterwards, Galway man Paul Kelly said: "We're feeling great, this is exactly where we wanted to be, three wins out of three. We have a day off tomorrow so we'll get a good rest and chill out a bit and then refocus on our last group game on Thursday against Moldova."