RECAP: Tall and physical Russia too much for Ireland U18 women

home / news / RECAP: Tall and physical Russia too much for Ireland U18 women

RECAP: Tall and physical Russia too much for Ireland U18 women 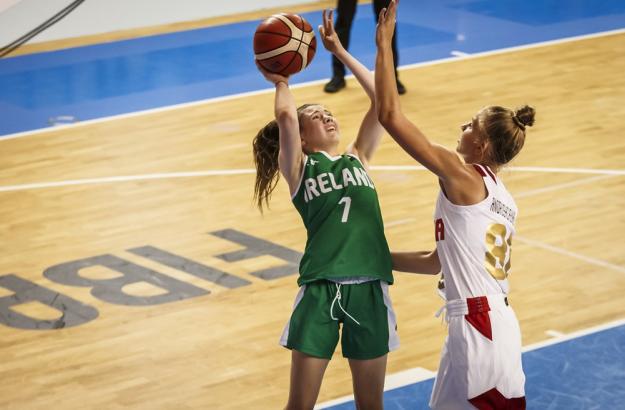 It was a tough day on court for the Ireland Under 18 women’s team today as they lost out 77-37 to a tall and very physical Russian side in their second group game at the FIBA Under 18 Women’s European Championship Division A.

The girls in green started strong in the opening quarter, with good scoring from Dayna Finn, Niamh Masterson and Enya Maguire seeing them edge into an 8-10 lead with seven minutes gone. A refocused Russia came storming back into proceedings though, and put up 12 points in the closing stages of the quarter to lead 20-10 at the end of the first.

Come on IRELAND! Whatever happens you should all hold your heads high. You are history makers representing Ireland in top level Division A @FIBA basketball for first time ever. No other Irish team has ever done that. Your hustle, heart & desire is inspiring new Irish ballers! https://t.co/ZeKzA0LjU0

A tough second quarter followed, as scores were at a premium for the Irish as Russia began to use their size and physicality to their advantage, punishing Ireland under the boards and forcing turnovers to lead 34-16 going in at half time.

WATCH: In case you missed it, here’s that big score again from @enya_89 just before half time for the Ireland U18 women #FIBAU18Europe #GreenShoots pic.twitter.com/s2dP07zQ8P

Ireland regrouped at the break, and came out fighting in the third. Good link up play between Maguire and Bronagh Power-Cassidy caused trouble for the Russian defence, while scores from Katie Williamson, Ella McCloskey and Finn closed the gap somewhat to see Russia lead 48-27 going into the last.

Good work in the fourth quarter from the Irish saw a further ten points added to the board, but it just wasn’t enough down the stretch though, as Russia continued to add scores at the other end, to win out 77-37.

Speaking afterwards, head coach Patrick O’Neill stated: “That was a very difficult game against a tall and physical Russian team. We learned a lot from it though and have areas to improve on ahead of France tomorrow evening.”