Basketball Ireland International Players and Coaches of the Year 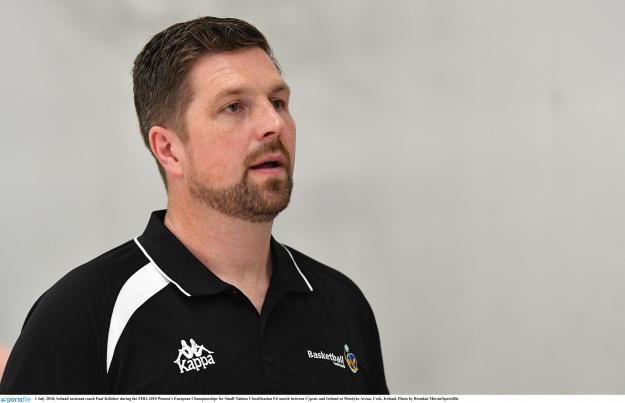 The Basketball Ireland International Players and Coaches of the Year 2018 were announced today at a special awards ceremony at Gormanston Park, Co. Meath.

The awards were part of the 2018 International Caps presentation event, and saw Ireland Under 18 men’s coach, Paul Kelleher, announced as the International Coach of the Year following a bronze medal win with the squad at the FIBA U18 European Championships Division C in Kosovo. 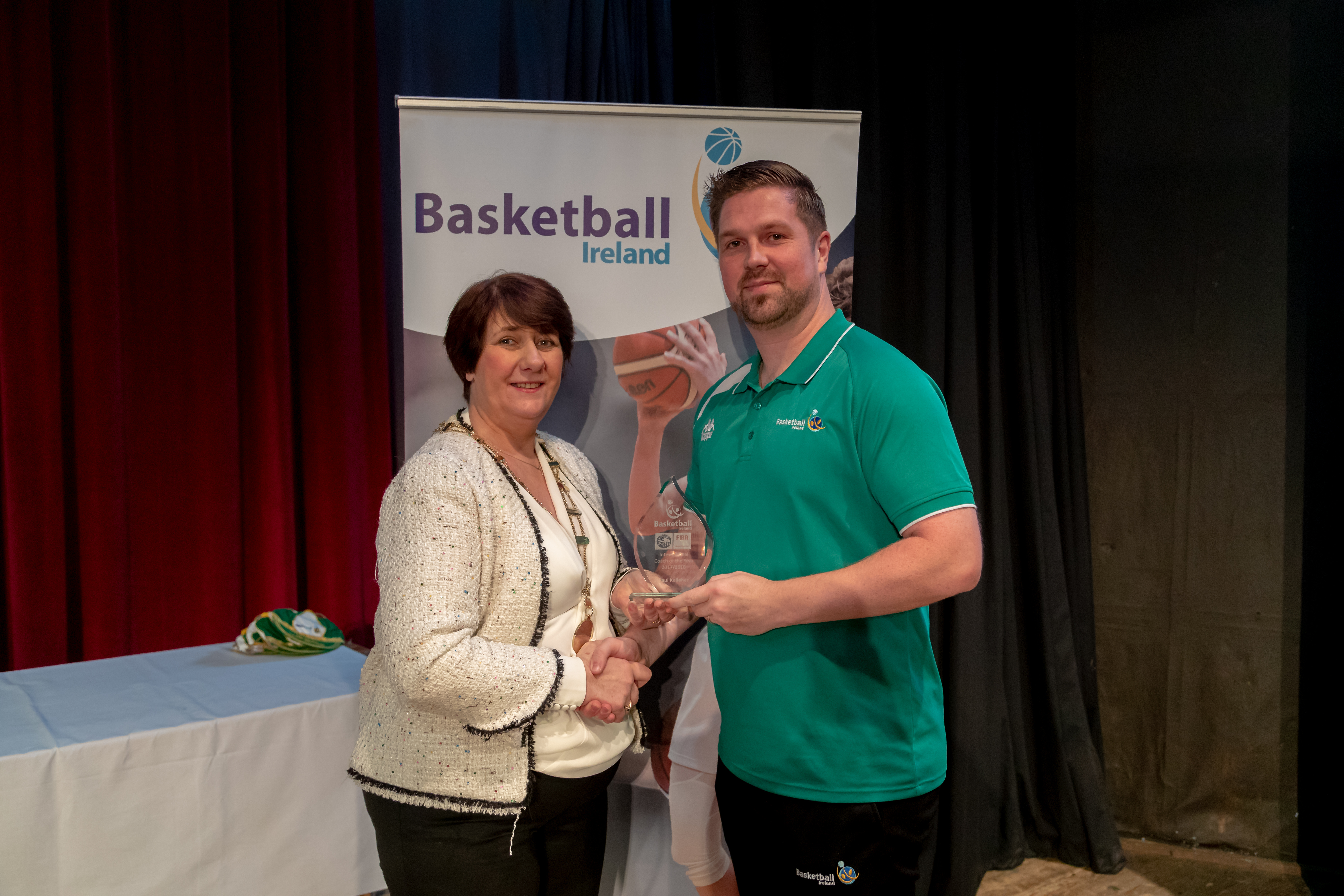 Coach Kelleher was also head coach of the Ireland Under 18 men’s 3x3 who qualified for the Europe Cup finals for the first time ever this summer, and was also assistant coach to Mark Scannell on the Ireland senior women’s team in June.

And finally the Irish International Coach of the Year 2018 has been awarded to @PaulTKelleher #GreenShoots @Neptune1BC pic.twitter.com/5SXXfPSYpQ

The International Female Player of the Year award went to Ireland Under 18 star Dayna Finn. Finn was an instrumental part of the team’s campaign as they made history by becoming the first-ever Irish team to compete at a FIBA A Division European Championships. 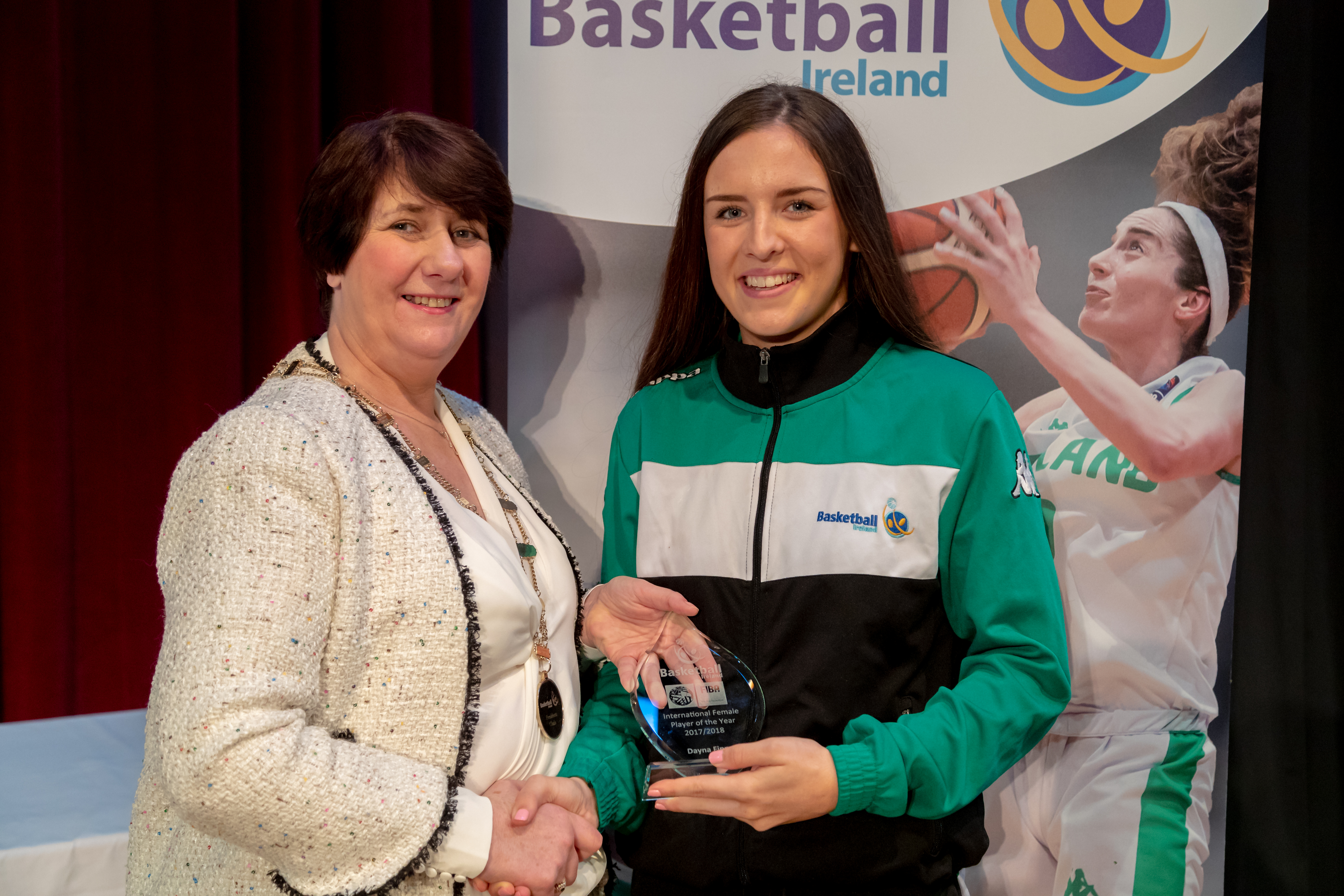 She secured the game-winning basket for her side in their one-point victory over Sweden at the Europeans – finishing that game with a personal tally of 22 points - and overall, had an outstanding summer in the green jersey.

The International Male Player of the Year award was a joint award, with nothing separating two of Ireland’s stand-out players, Rapolas Buivydas (Ireland Under 16 men) and Darragh O’Sulllivan (Ireland Under 18 men and Ireland Under 18 men’s 3x3). Rapolas made a huge impact in his debut season wearing the green of Ireland and quickly became the player to watch during the FIBA U16 European Championship Division B in Sarajevo. He finished as the tournament's second highest scorer and leading rebounder with astonishing averages including 21.6 points per game and 12.6 rebounds per game making him the first Irish male to lead the rebounding statistics at a European B Championships.

Darragh also had a busy summer playing successfully in both the 5 on 5 and 3x3 formats of the game. Darragh was captain of the Ireland Under 18 men’s team who won a bronze medal in Kosovo and was voted on to the tournament All Star team. He averaged 14 points and 5.3 rebounds a game during the championships and four days after returning from Kosovo, Darragh was part of the U18 3x3 team who upset the rankings by qualifying for the European Finals and finishing 12th in Europe having started the campaign ranked 58th. 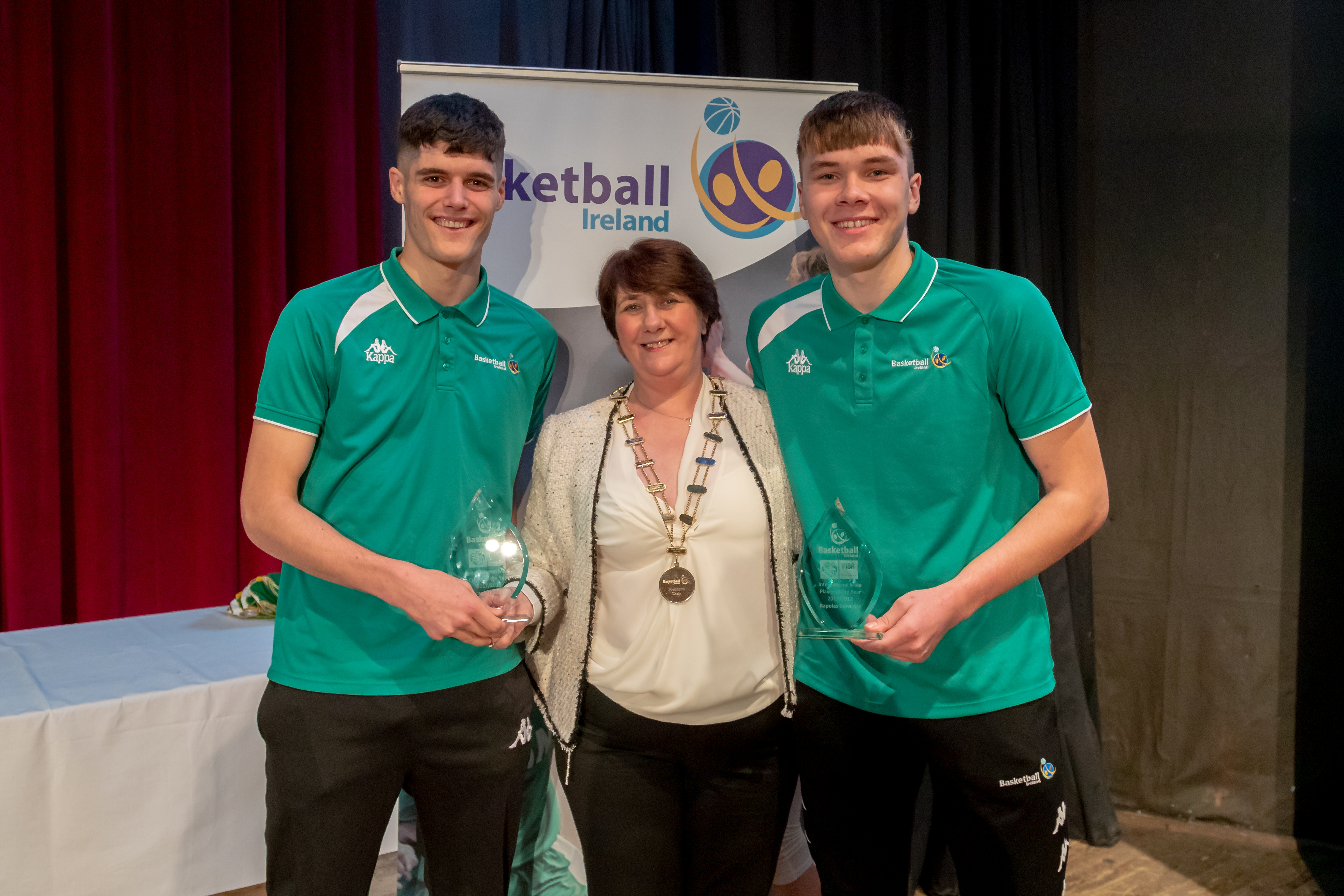 You can view the pictures from today here: https://app.box.com/v/basketball-ireland-inter-caps

International Coach of the Year

International Female Player of the Year