Belfast Classic tips off this weekend 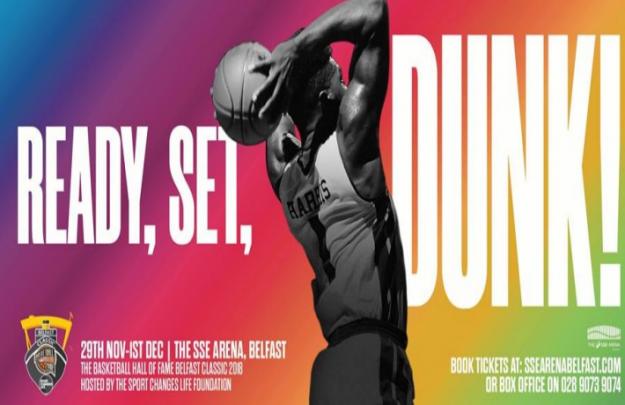 Big time NCAA Division 1 College basketball is coming back to Belfast this weekend as the second annual Basketball Hall of Fame Belfast Classic tips off at the SSE Arena from Thursday, November 29th to December 1st.

The Sport Changes Life Foundation (SCLF) in partnership with the Naismith Memorial Basketball Hall of Fame (BHOF) and the Metro Atlantic Athletic Conference (MAAC) will host its second ‘Belfast Classic’ in The SSE Arena, this weekend - an event that is proudly supported by Basketball Ireland.

This weekend’s event will feature an expanded field from last year to eight schools. The schools will compete in two four-team brackets, with University campus round games in America leading into two tournament brackets in Belfast aptly named ‘Samson’ and ‘Goliath’ after the iconic Harland and Wolfe cranes in the Titanic quarter shipyard of Belfast.

General admission tickets start from as little as £10. For more information on fixtures and tickets, log on to www.belfastbasketballclassic.com.