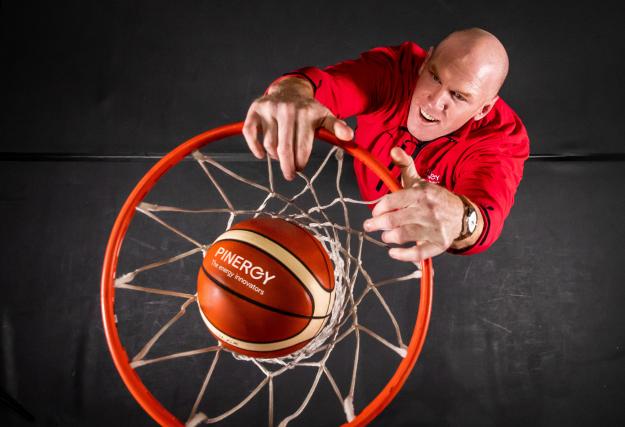 As the analytics partner, PINERGY will be sponsoring the analytics that will be used by coaching and backroom teams across the country, powering the insights behind the nation’s top performances. This mirrors PINERGY’s approach to its customers whereby SMART energy gives customers greater insight into their energy usage allowing them to make better choices around their energy consumption.

#SlamSmarter recognises the vital role played by smart technology in achieving marginal gains on the court. Throughout the partnership PINERGY will aim to support the growth of the game in Ireland by fuelling these insights and supporting the fans through competitions and other promotions to enhance their engagement with the game.

David Slattery, Head of Marketing at PINERGY said: “We’re delighted to announce that PINERGY is now the official energy and analytics partner to Basketball Ireland. In addition, PINERGY will also become the energy supplier for the National Basketball Arena. In our role as the official analytics partner, PINERGY will power the analytical equipment used by Basketball Ireland, unlocking valuable insights into their energy consumption through the partnership. We are delighted to support this growing sport as part of our portfolio of sports sponsorships.”

Conor Meany, Commercial Manager, Basketball Ireland said: “We’re thrilled to have PINERGY on board as the official energy partner to Basketball Ireland. Basketball is one of the fastest growing sports in Ireland and with PINERGY’s sponsorship, it will help the game grow even further. Statistics are a major part of basketball and alongside Pinergy we strive to provide gains to our sport wherever possible. The energy in the National Basketball Arena on match day is something really special, we hope that this partnership with PINERGY will add to the already special energy that our fans produce.”

Paul O’Connell, PINERGY Ambassador and former Irish international rugby player said: “In top level sport it’s all about making marginal gains. With PINERGY becoming the official analytical and energy Partner to Basketball Ireland, this will enable Basketball Ireland to make powerful gains using analytical insights that will allow the players to perform better on the court. PINERGY has a great tradition of supporting Irish sports and athletes, and this is something that I’m very proud to be a part of.”