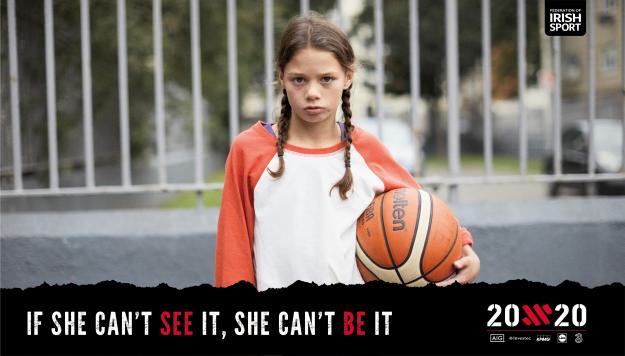 The event, which kicks off from 10.30am, coincides with one of the biggest days of women’s basketball of the year, with the Hula Hoops Women’s National Cup final tipping off later that day at the Arena.

The forum is the first stepping stone in Basketball Ireland’s commitment to the recently launched 20x20 campaign by the Federation of Irish Sport, and the organisation’s pledge to increase participation in female coaching by the year 2020.

Speaking about the announcement, Suzanne Maguire of the EPC stated: “Over recent years, it has become more and more apparent that we have a lack of women in prominent coaching positions in Ireland. This is visible from international level, down through Super League, National League and at some underage levels.

“The 20x20 campaign that launched in October has brought national visibility to this issue, the impacts of which are felt across all sports. We see this as our opportunity to leverage on our 20x20 commitment and engage with the basketball community in a bid to understand the barriers preventing women having greater visibility, greater involvement and greater prominence in Irish basketball.”

“The forum is open to all, both women and men,” she continued. “And while there is a focus on coaching, we want to engage with a wide variety of people from across our community to add value to the discourse. We have invited notable women to sit on our panel on the day, and they will provide personal insights and recommendations for us moving forward.”

Attendance for the event is free, but pre-registration is required. You can register for the event here now: https://goo.gl/forms/0xIbcbXmUkE1ZeK62