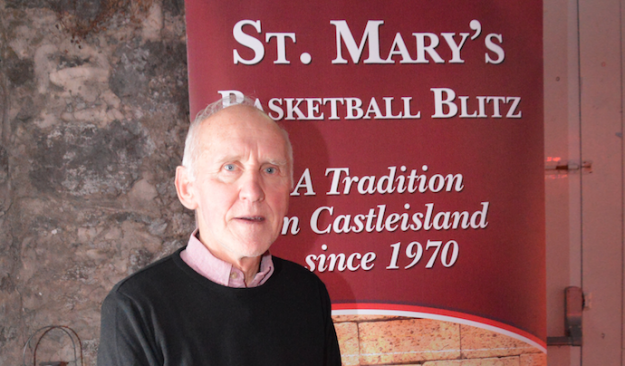 St Mary's Castleisland will host its 49th basketball blitz this week, which will see 22 competitions run off over the course of 164 games and 93 hours of basketball over the five days.

It is expected that in the region of 12,000 will attend the event, with competitions catering from second class in primary school right through to the Super League teams.  The big event will be the Munster Joinery Premier competition which sees some local rivalry in Super League sides Garvey’s Tralee Warriors and Keane's Supervalu Killorglin, while Division One sides Scotts Lakers St. Paul’s Killarney and Limerick Celtics will also contest for the title. The Premier section qualifying rounds will take place on December 27th with the final for this competition being the closing game on December 30th.

Sponsorship for the event is raised locally by many businesses in Castleisland and throughout the county while the major sponsors are Munster Joinery, Garvey’s Supervalu, Den Joes Restaurants and Walsh Colour Print/educate.ie

The blitz commences on December 26th and runs through December 30th after which plans for the 50th will get underway!