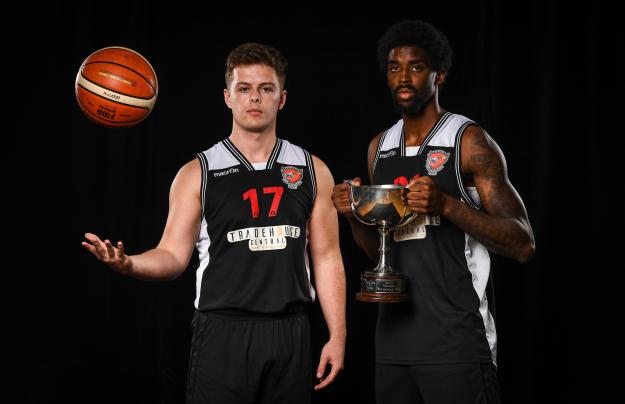 Reigning President’s Cup champions, Tradehouse Central Ballincollig, are in for a tough test of their grit and determination this weekend as they face off against an improved Limerick Celtics side in the Hula Hoops National Cup semi-final on Saturday evening at Neptune Stadium.

Ballincollig came through a fairytale journey to win the Cup last season, and they’ll be hoping to replicate that this time round, with Andre Nation set to be the man to watch for fans and Celtics alike as he has been blowing up the stats completely since his arrival in Ireland. He’s ably supported though in an experienced cast of Ian McLoughlin and Ciaran O’Sullivan while young star Dylan Corkery has been lighting up the scoreboard too.

The sides have met twice so far this season in the national league, with Ballincollig winning both games, the first by 22 points back in September on a final score line of 88-66, but there was just ten points in it in November (Ballincollig winning 80-90) and this weekend is set to be a close affair.

Looking ahead to the game, head coach Kieran O’Sullivan said: “National Cup semi-finals in Cork in front of the basketball community  is where every team wants to be. Having played Limerick Celtics twice this year, we know the challenge for us and to repeat our Cup success last year will be a challenging one. The players have trained very hard,  and are looking forward to the game.”

Celtics for their part have been steadily gaining some big wins across the league, and have welcomed a new player Vadal Faniel to their squad. Other big names to watch on the night will be John Galvin, Cian O’Reilly and Jordan Hehir.

Speaking ahead of the game, coach Tony Hehir stated: “This will be a huge night for Limerick Celtics to play against the reigning Cup holders in Neptune Stadium. We will need a strong performance on the night to overcome this experienced side. Our lads have put in great work in the preparation for this game and we are looking forward to tip off at 6pm on Saturday night.”

In the other President’s Cup semi-final meanwhile, IT Carlow Basketball face off against Bad Bobs Tolka Rovers in what is set to be a very interesting clash. Based in different conferences, these sides have not met yet this season, but have been performing well, with Tolka holding a 9-6 record and Carlow boasting a 10-6 record to date. This is Tolka’s first year back in the National League and with experienced players like Alex Dolenko and Paul Caffrey as well as the youth and talent of Conor Liston, they’re expected to be ones to watch.

Head coach Emmet Geoghegan stated: “We are really looking forward to the Cup weekend. Being involved in the semi-final weekend, in our first year back in National League, is really a bonus. Our confidence is good right now, coming off the back of two road wins, and the lads have really upped the intensity in training. Without doubt, Carlow are going to be a very strong opponent. They've been performing well in the southern conference and I'm sure they are as eager for this game as we are. I hope it will be a great game.”

Carlow meanwhile are looking forward to their first ever appearance in a National Cup semi-final and Johnny McCarthy is set to be the man to watch, with the American causing havoc for defenses across the Southern Conference to date. Ian Lynch, James Butler and Dan Debosz will also be looked to for some big scores and plays on the night.

“It’s a huge thrill for us to be in our first ever Cup semi-final,” said head coach, Martin Conroy. “To think that we are in the National League for only three seasons and have reached our first Cup semi final is a little surreal. Tolka are an excellent team with some fantastic players so we will have to be at our very best to get a win here. It’s very emotional for me personally as it kind of brings to fruition 14 years of hard work at IT Carlow, but we have a super squad of experienced and young players and they will give everything of themselves to get to the Cup final. We have huge respect for Tolka but we don’t fear them.”