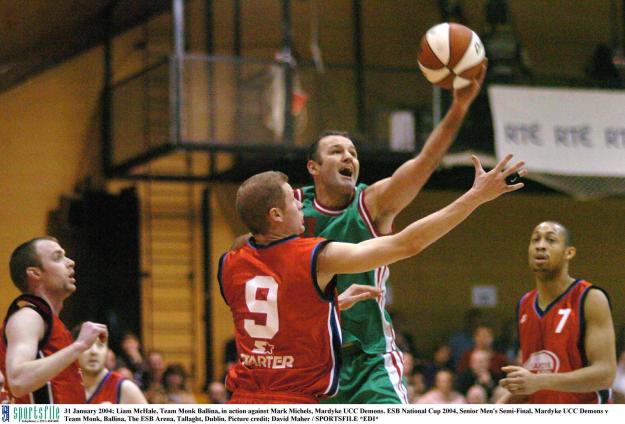 Currently there are six B.I. Hall of Fame members – Fr. Joe Horan, Harry Boland, Tom Collins, Liam McGinn, Danny O’Connor and Paul Meany.
Nominations were made by the public, with an independent nominations committee announcing the six final recipients today who are: Siobhan Caffrey (nee Stapleton), Danny Fulton, Kelvin Troy, Susan Moran, Liam McHale and the late Paudie O’Connor.
“As we announced late last year, in the run up to the 75th Anniversary of Basketball Ireland in 2020 we are organising some celebration events,” said CEO of Basketball Ireland, Bernard O’Byrne. “The first of these will be updating the BI HOF which presently only has six members. To that end, an independent nominations committee has put forward six wonderful recipients who will be inducted at the end of year awards in May 2019. All the recipients are delighted to be honoured and it should be a memorable occasion for all involved.”

Siobhan Caffrey is one of the greatest Irish women’s players ever. Renowned for her leadership and inside scoring power, she played 11 years for the senior national team, including the last four as captain, and starred in the 1982 and 1985 Four Countries championship triumphs that included wins over England.
The Meteors team which she played for – and her husband Gerry coached – became the first team in the history of either the men’s or the women’s national league to win four league titles in a row, which they did from 1982-83 to 1985-86, with Siobhan averaging a nation-best 22 points per game during that winning streak. She would win a fifth title in 1993, her last season in the league.
She is also a two-time National Cup winner (scoring a game-high 28 points in the 1985 final win over Naomh Mhuire and then winning MVP in the 1992 win over Wildcats) and a three-time National Top Four championship winner (1983, 1984, 1988). Siobhan began her coaching career in 2008 with Meteors when her daughter, Roisin, joined as a player. She currently coaches in Rosemount and Muckross.

Danny Fulton and his family are synonymous with Belfast basketball, just as he is renowned for his remarkable service to coaching and the national men’s programme.
He coached the senior Irish men’s team for all but two years between 1976 and 1988 (120 games), and in those two gap years he took the national U19 team which would record Ireland’s first-ever win in underage European competition, beating Denmark.
Throughout the ’70s and ’80s he also coached various St Gall’s and Star of the Sea underage and senior national league teams, but it would be in the 1990s that he and Star shone at the top level of the domestic game, as the club built on the breakthrough U19 National Cup final success of 1990 to win three consecutive National Top Four Championships (1996-98), two Super League titles (1997-98 and 1998-99) and contest four National Cup final weekends, including two finals, with Fulton at the helm for all but one of those campaigns.
He would continue to coach Star on and off through the current millennium, while also serving as one of the club’s chief administrators. Now the coaching reins have been passed on to his son, Adrian, who has in turn handed the point-guard baton on to his own son, 16-year-old CJ.
For all of his technical and tactical knowledge of the game and tremendous vision of what a basketball programme should be like, Danny is particularly known, respected and loved among the basketball community for the personal warmth he extends to all its members and his sheer enthusiasm and love for the game.

Liam McHale is a household name throughout the whole country for his contribution and prowess both on the football field and particularly the hardwood.
Assisted by his brothers Sean and Anthony, brother-in-law Paul McStay and honorary Mayo man Deora Marsh, he would catapult his hometown Ballina to the forefront of Irish basketball and indeed Irish sport.
After winning promotion back to the top division in 1982-83, they would progressively consolidate their top-flight status before making their first National Championship Top Four final appearance in 1989 (in which Liam scored 30 points against Burgerland Neptune, a then record score for an Irish player in a national final – though he’d break it the following year with a 34-point haul against eventual winners St Vincent’s), their first National Cup final appearance in 1990 (which he missed through injury), and then their first National Cup title in 1991 (in which he scored 24 points, again a then record score for an Irish player in a National Cup final). Not since Paudie O’Connor’s heyday almost a full decade earlier with another provincial town – Killarney – had a men’s team outside Cork or Dublin claimed top-flight national senior honours.
After that breakthrough they would follow it up by winning the 1992 league title (with Liam scoring 24 points in the final against St Vincent’s) and then a second National Cup in 1996 (with Liam scoring a game-high 25 points in the semi-final against Notre Dame and 20 in the final against St Vincent’s).
His basketball versatility, intelligence and all-round game were remarkable. He was, by a distance, the highest-scoring Irish player of the two-American era; from 1984-85 to 1985-88 he was leading Irish scorer every season, with an overall average of 21.6 points per game; his nearest challenger, Neptune’s Tom O’Sullivan, was well back on 13.3. Then in the 1988-89 season when the number of Americans per team was reduced to one per team, he would open up by scoring a record 48 points, and go on to average an astonishing 32 points a game over the following two seasons, including a 58-point effort against North Mon.
Liam’s longevity has also been exceptional. Twenty-four years after making his senior debut for the Irish national team in 1983, he was still playing and starting in a Super League final for Ballina, scoring 14 points in a narrow defeat to Killester.
In recent years Liam has continued to coach schools basketball with the likes of Gortnor Abbey Crossmolina and has been a leader in the growth of basketball principles being absorbed into modern Gaelic football through his fine work as a coach with teams such as Mayo, Roscommon and All Ireland club winners St Brigid’s. 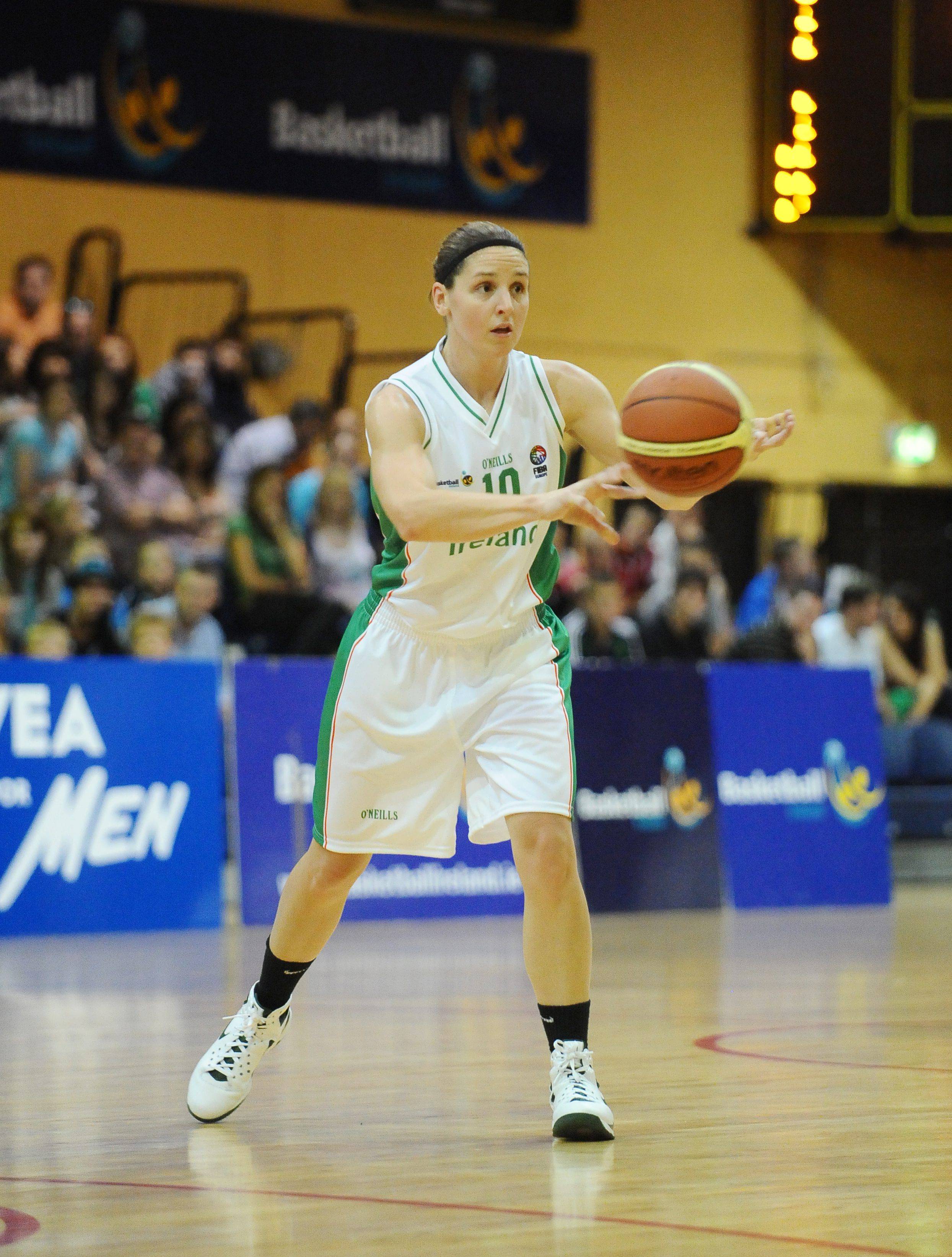 Susan Moran is widely considered the greatest Irish women’s player ever for her remarkable all-round game, athleticism and scoring power. She would lead both her hometown club and school, Tullamore, to U19 National Cup glory, scoring a remarkable 52 and 48 points respectively in both those 1998 finals. Later that year she was recruited by NCAA Division One programme St Joseph’s, Philadelphia, for whom she would become the only player in their history to lead the team in both scoring and rebounding for four consecutive seasons and its all-time leading scorer. In her senior year she was the fourth-leading scorer in all of US college basketball, averaging 22.3 points per game, and for a second time was both honoured as an Academic All-Ireland and the Atlantic 10’s Student-Athlete of the Year.
Upon graduation, she became the first – and still only – Irish player to be drafted by a WNBA side, having been selected in the second round of the 2001 draft by the New York Liberty. She’d later go on to play professionally in Spain, then New Zealand where she was voted league MVP, and then Australia where she again earned MVP honours, this time in the Queensland Australian league.
She particularly excelled with Irish teams – junior, world student games, and then with the senor team, including with the 2009 side that just missed out on European A-level qualification.
Susan has been a member of her alma mater St Joseph’s coaching staff ever since her graduation from there 17 years ago, and is currently their associate head coach.

The late Paudie O’Connor is fondly remembered as one of the greatest players and characters to ever grace the Irish basketball scene and for creating such an outstanding legacy for the game.
Born and raised in Killarney, he captained the senior national team, winning over 100 caps, and in 1977 had the distinction of being the first Irish player to make the All-Star Five of an international qualification tournament.
Domestically he was widely considered the finest player of the ‘70s, the Irish league’s equivalent of Magic Johnson; while every other 6’4” Irish player in those days would play the four or five spot, O’Connor would operate as a point guard due to his remarkable ball-handling, vision and court leadership skills.
He famously brought in the first professional Americans to play in the Irish national league, establishing a precedent for other clubs to follow, setting in motion a glorious period in the history of the sport. Towards the start of that era, the club he served as both a player and administrator for – St Vincent’s, Killarney, commonly known as Gleneagle after the ground-breaking sponsorship he helped secure – would twice win both available national titles – the National League and prestigious end-of-season National Top Four Championship (1979-80 and 1981-82).
Paudie was also a tremendous contributor to the Irish women’s game (the Women’s Super League National Cup is named in his memory). He was head coach to the Irish senior women’s team and spearheaded the hugely-popular Pretty Polly tournament that attracted hundreds of female players to Killarney during the ’70s and ’80s.
He was one of the most instantly recognisable personalities in his hometown where he was literally the mayor and chaired the urban district council for four years, all while still in either his twenties or early 30s.
He continued to play with St Vincent’s right up until 1986 when he then moved to America where he would run a successful golf touring business before unfortunately passing away there in May 2018, aged 66. 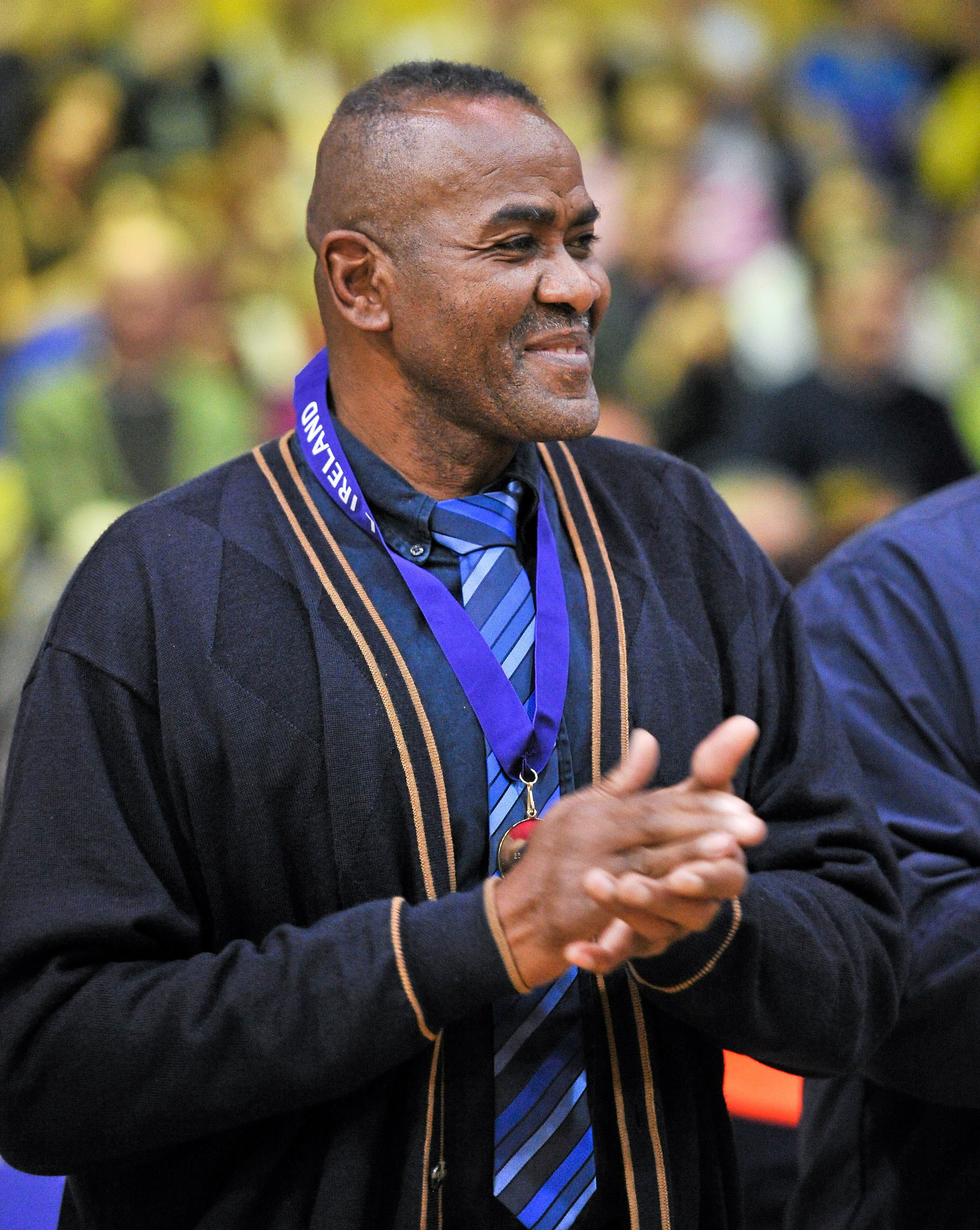 Kelvin Troy is one of the most beloved, respected and greatest American basketballers to ever play in the Irish Men’s National League.
A native of Lakewood, New Jersey, he was a fifth-round NBA draft pick after his exploits with Rutgers University and chosen by Sports Illustrated as one of the best five defensive players in US college basketball.
He would make an even greater impact in Ireland, having the distinction of being the first American player to play at least five seasons here that helped his team claim a Division One (now Super League) Top Four spot every time – with Jameson St Vincent’s (1984-85), Killester (1985-86, ’86-87 and ’87-88) and for the first time in their history, Ballina (1988-89) – a measure of his consistency as well as ferocious competitiveness.
In that 1986-87 season, he, alongside three-time NBA champion Mario Elie, would inspire Killester to their first National Cup, scoring 38 points in their unforgettable final win over Burgerland Neptune.
Renowned for his remarkably aggressive style, and considered one of the greatest defenders to ever play in this country, Troy was also a tremendous all-round offensive player and scorer, averaging 33 points a game in the two-American era; only Jasper McElroy averaged more over three seasons in that period. Kelvin would also go on to qualify and play for Ireland before retiring in 1992 after undergoing a kidney transplant. Kelvin is a Rutgers University Hall of Famer inductee in 2000, a Lakewood High School Hall of Famer inductee in 2013 and was also voted in the Millennium top 100 athletes in New Jersey Shore. Kelvin continues to live in Ireland and is a tremendous ambassador for the sport through his coaching in numerous schools and clubs in Dublin.