67th Intervarsities tips off in Dublin this weekend 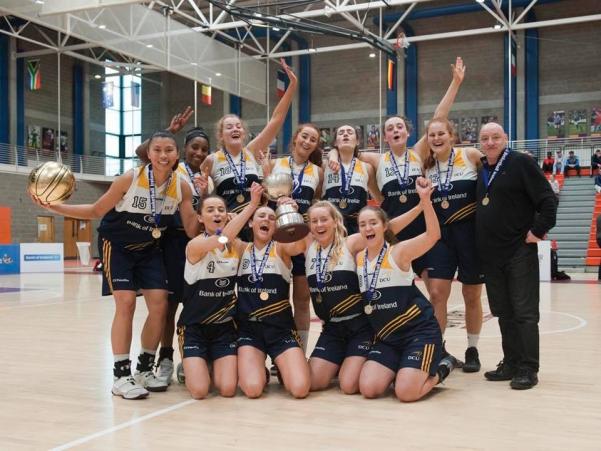 The 67th Intervarsity tournament tips off in Dublin this weekend with an action-packed three days of basketball in store.

Hosted by Griffith College Dublin, there will be 64 games taking place, with the first game tipping off at 9am Friday morning. There will be four courts running throughout Friday and Saturday, while the four finals will take centre stage on Sunday.

This year sees the National Indoor Arena being used for the first time for this competition, with Courts 1, 2 and 3 based there, while Court 4 will run out of TU Dublin, Blanchardstown Campus.

With 36 teams taking to the court from 23 universities and colleges, the competition is split into an A and B Division for both women and men. The teams are seeded based on their college league placing from this year and there will be plenty of exciting games to see.

Entry to all of the weekend's action is free, and it is set to be an unmissable weekend of basketball, with a number of Super League and National League players hitting the court.

In the Women's A Division, DCU - who are reigning champions in the Women's A Division and also this year's Division One League champions once more - are the team to beat. Based on this year's league form, they'll face tough competition in the form of Ulster University, Trinity College Dublin and IT Carlow, and an upset is always a possibility in a very competitive division.

In the Men's A Division,  Ulster University won the league this year beating last year's champions NUIG in a very high scoring game. Hosts Griffith College Dublin, Cork IT,  Dundalk IT and Dublin Business School will also be in the thick of the action.

The Women's Division B meanwhile is a very open competition this year with Maynooth University, Waterford IT, Letterkenny IT, Cork IT and UCD all in with a chance based on their league form, while in what is often the Division that throws up some surprise winners, the Men's B will see Limerick IT, Sligo IT, Letterkenny IT, Waterford IT and University of Limerick (last year Men's B champions), contesting the battle for glory.

You can view all of the weekend's fixtures here: