Hula Hoops 3x3 to take over Bray Seafront this Saturday 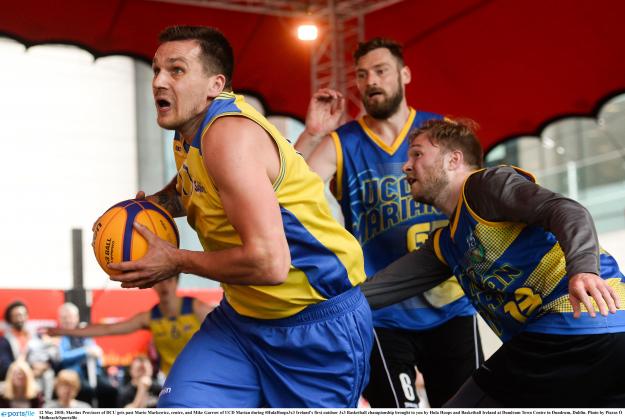 Bray Seafront is the only place to be this coming Saturday, May 18th, as the second annual Hula Hoops 3x3 Championships tips off from 9.30am.

3x3 basketball sees teams play off against each other on the half court for ten minutes, or the first to 21 points. Unlike 5 on 5 basketball, there is just one basket and scores are counted in ones and twos. As the tag line says, it’s half the space but twice the pace!

This year’s event is set to be just as competitive, with DCU Saints returning to defend their title and will be led by the formidable pairing of Martins Provizors and Mike Bonaparte. They will be faced with tough opposition though including Templeogue, who come to the tournament fresh off their recent Champions Trophy success and will be led by two Irish internationals and Bray natives, Lorcan Murphy and Neil Randolph as they try to go one step further than last year. 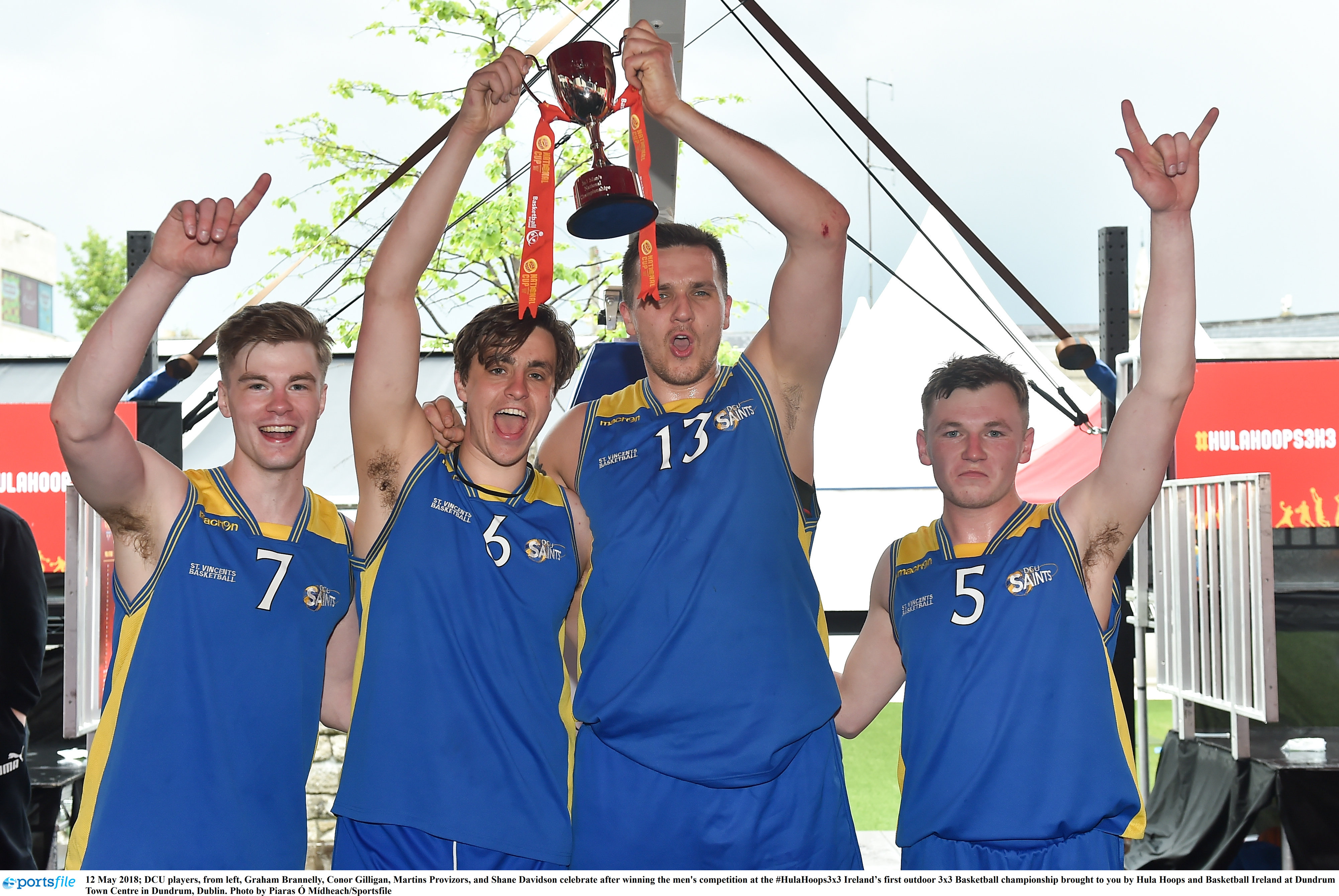 Other men’s teams to watch out for on the day include Abbey Seals Dublin Lions who were recently promoted to the Men’s Super League, KUBS, and Maree who are coming off their best ever Super League season and feature Irish International 3x3 player, Paul Freeman.

In the women’s championship, a new name will be etched on the silverware this year as defending champions Glanmire will not be returning to the main event. There may however be a repeat individual champion as 3x3 Irish international Grainne Dwyer - who won last year with Glanmire - now lines out for Fr. Mathews. Dwyer will be playing alongside fellow 3x3 international star and sister Niamh as they take to the court together once more. Super League and National Cup champions Courtyard Liffey Celtics, will be hoping to add to their Cup and League double this season by capturing the 3x3 title. 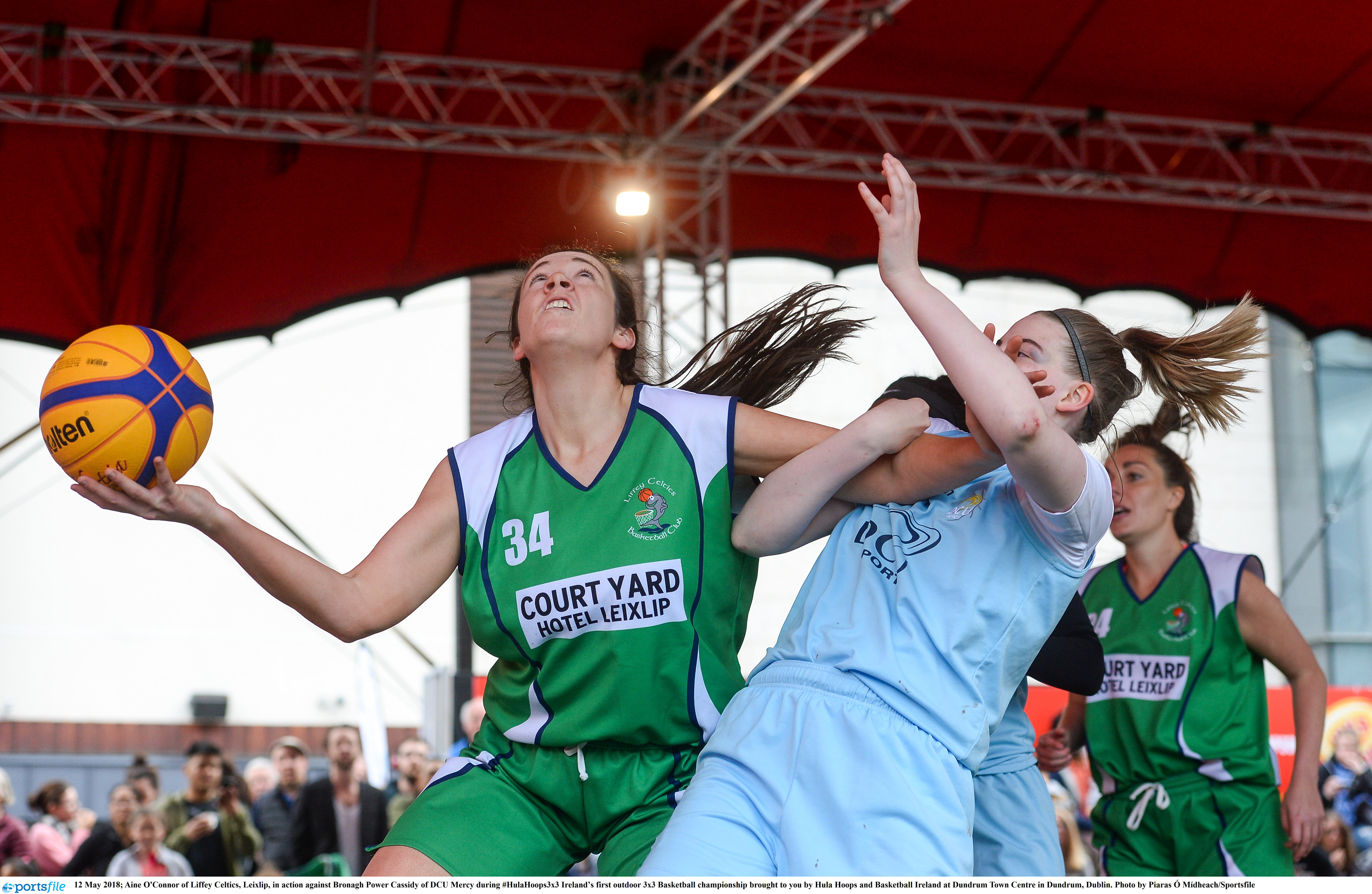 They will look to big performances from Irish international 3x3 player Aine O’Connor and young 3x3 international star Ciara Bracken. Other teams to watch out for are Templeogue women’s team who are entering the competition for the first time, DCU Mercy, Pyrobel Killester, IT Carlow Basketball and Ulster University Elks.

Games tip off at 9.30am at Bray Seafront, with admission free on the day. There will also be games and competitions for children to take part in to ensure it’s a fun filled day for all of the family. The final will tip off at approximately 5pm and games can be seen online via Basketball Ireland’s social media channels and on Balls.ie. You can view the full schedule for the day below. 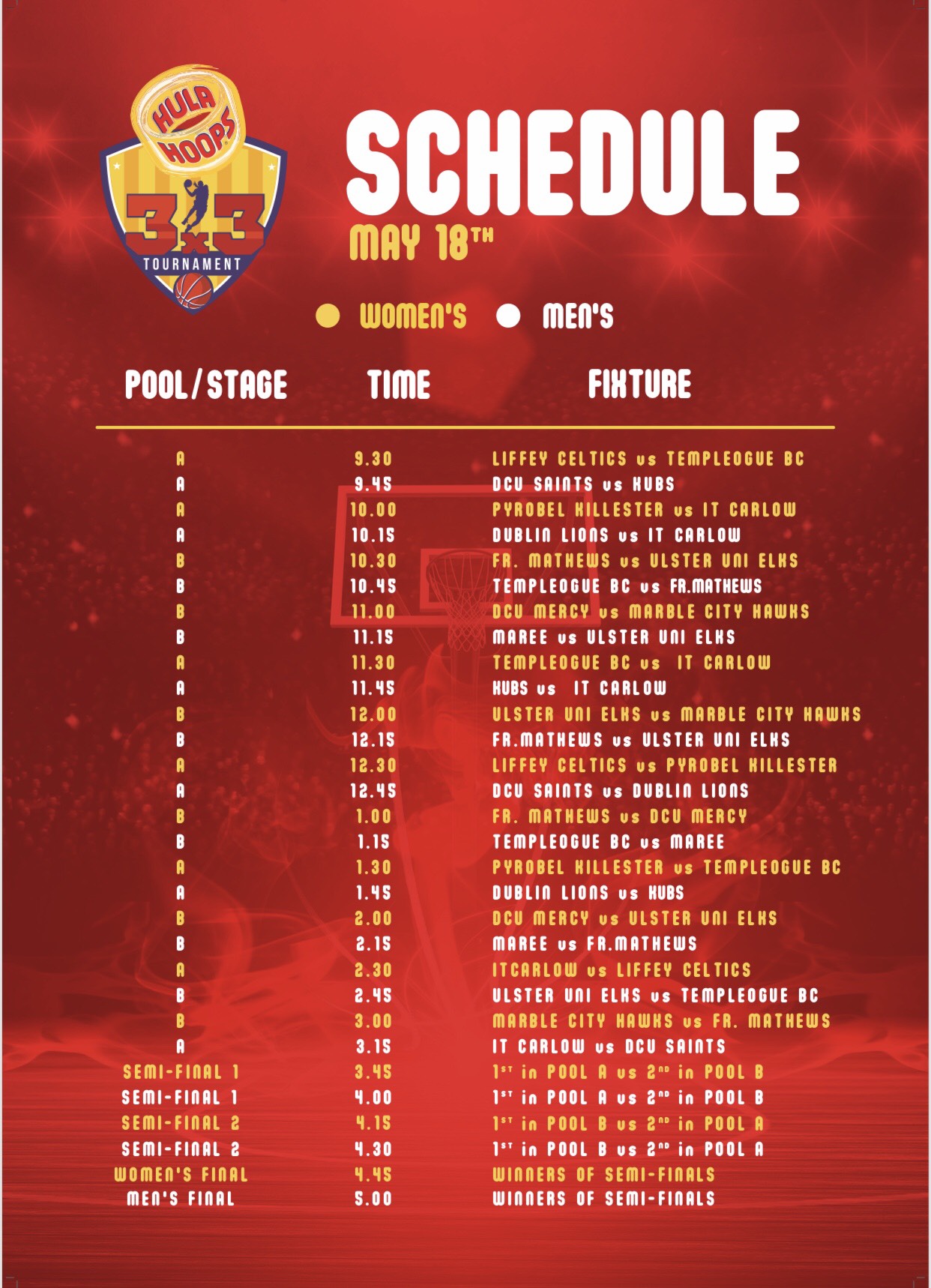