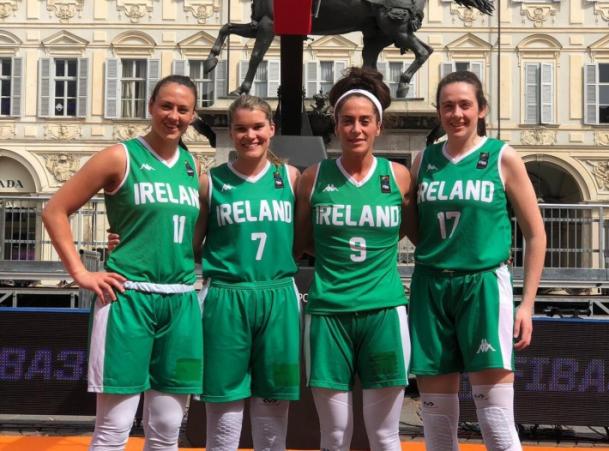 Ireland, who were seeded in seventh spot in the tournament, were knocked out after the pool stages following a final, nail-biting loss to Mongolia in overtime on Saturday. Two further losses against Serbia and Italy on Friday afternoon meant that Ireland finished bottom of Pool B and did not progress through to the next stage.

You can view their results and game reports below and look back on all of the action here:

There was heartbreak for Ireland in their final pool game at the FIBA 3x3 Women’s Series on Saturday morning, as they lost out in overtime 13-14 to Mongolia after another solid display.

A close and tense game saw nothing between the sides throughout, but it was the women in green who kept their noses in front of third seed Mongolia for the majority of the game right up until the final 20 seconds, when a huge two pointer from Mongolia saw them tie level at 12 points apiece. Indeed, Mongolia’s long range shooting ability was to be the story of the game as they hit 12 of their final tally of 14 points from outside the arc to see them into the next round of the competition.

Fiona O’Dwyer got the scoring underway for the Irish with a long two, and despite two quick baskets from Mongolia, an Aine O’Connor score and Grainne Dwyer free throw put Ireland ahead once more 4-3.A super pass inside by Claire Rockall set Dwyer up for the next score, and though Mongolia levelled proceedings once more, strong rebounding from Rockall put Ireland ahead by again. 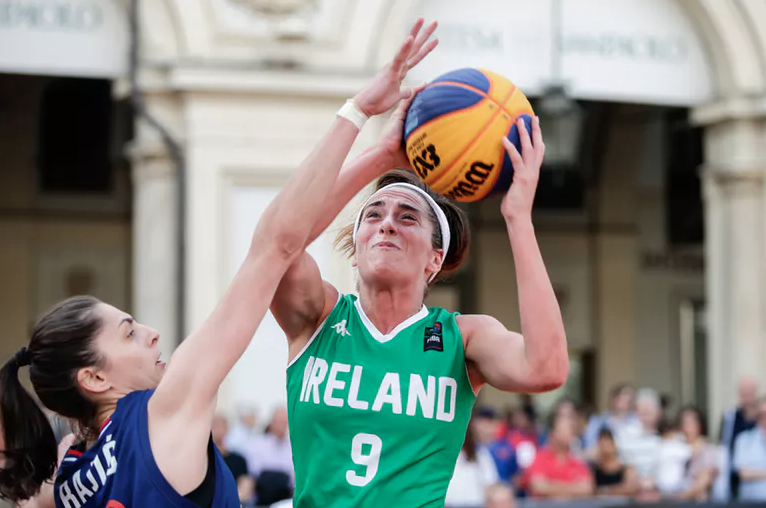 A free throw from Dwyer followed, before Rockall added a long two to put some breathing space between the teams, and she followed this up with another great score to see Ireland lead 10-6. Solid defense by the Irish kept Mongolia off the scoreboard for two minutes and when they did add another two-pointer, O’Dwyer responded immediately, getting the foul and scoring from the free throw line. A great move inside by O’Connor pushed Ireland ahead once more by four, 12-8, with just over a minute to go.

The tough battle continued in overtime, with scores at a premium as both sides chased the elusive two points needed to take the win. Dwyer finished off a reverse lay-up in style to edge Ireland ahead by one, but again it was Mongolia’s prowess from outside the arc that would punish Ireland as they slotted home their final two-pointer to take the win, 13-14 and put a stop to Ireland’s journey in the competition.

Speaking after the tournament, head coach Matt Hall stated: “It was a disappointing end to a very solid tournament from the team. We knew Mongolia were shooting well, but they really pulled it out in the closing minute and got that last big shot to win the game. Though we’re disappointed, there are a lot of positives to take from the weekend and to perform so well against some of the top seeds in the world, including world champions Italy, was a superb achievement.“

Ireland faced off against sixth seed Serbia in their second pool game at the FIBA 3x3 Women’s Series in Italy, and once more, it was a four-point margin that separated the two sides in the end, with Ireland losing out 13-17.

A strong start from the Serbs saw them march into a 0-4 lead early on, before a good link up between Fiona O’Dwyer and Grainne Dwyer saw the latter get Ireland off the mark with just over two and a half minutes played. Serbia responded from the free throw line, but O’Dwyer was on hand to add two quick points to Ireland’s tally to leave it at 3-5 with just over six minutes to go. Again, Serbia responded, using their height and size under the boards to penetrate a solid Irish defense, before O’Dwyer hit another quick shot, and then added a long two to bring the score back to 6-8 in favour of the Serbs. Again, Serbia stretched the lead out once more, despite great defense from Aine O’Connor and O’Dwyer. 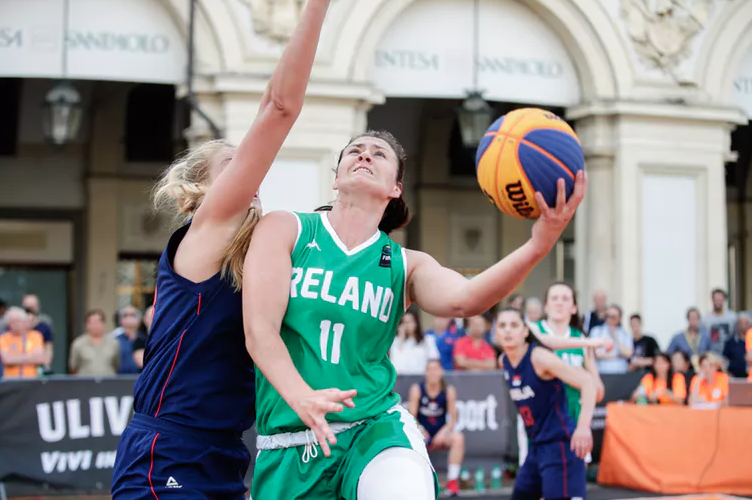 Claire Rockall began to cause trouble for the Serbian side though, rebounding in superb fashion under the boards, and getting three quick points as a result of her hard work to leave just three between the sides once more. A huge long two pointer from Dwyer left the score at 11-12, Ireland trailing by just one, but Serbia rallied well, bagging two quick baskets to give them breathing space once more. O’Dwyer stepped up again with a great shot following a good passage of link up play with O’Connor, and another score from Dwyer put the game right back in the melting pot, but Serbia managed to sink a long two to secure the victory and ran out to win 13-17.

Ireland face off against Mongolia in their final pool game of the day after 7.30pm this evening.

The Ireland Senior Women’s 3x3 team lost out by four points in their opening game of the FIBA 3x3 Women’s Series in Italy this afternoon, but certainly laid down a clear statement of intent for the tournament against the hosts. The women in green led the World champions from the off, running up a 6-0 lead with scores from Fiona O’Dwyer, Aine O’Connor and Grainne Dwyer getting the Irish off the mark, and super defence from Ireland keeping Italy scoreless at home for the opening three minutes of the contest.

Indeed, it looked like a major upset was on the cards, as the reigning World champions struggled to find their rhythm, with Ireland’s defence disrupting them at every turn. After Italy finally got off the mark, Claire Rockall responded almost immediately to keep Ireland ahead 7-1. A second score from the hosts followed, and though Ireland responded once more with just six minutes to play, that was to be Ireland’s last score for a further five minutes. 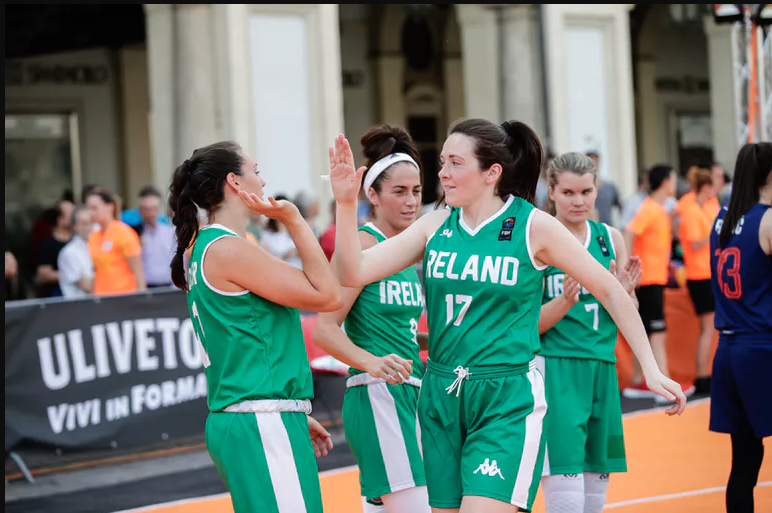 Italy hit their stride hitting another one-pointer, before adding a long two and two more short shots to put just a point between the sides. A huge two-pointer from Italy with just over two minutes to go saw them take the lead 9-8, and this was followed by another long two as the Italians began to show the flair that saw them home to World glory last year. Dwyer responded for the Irish, but two more quick scores from the Italians saw them home to victory, winning out 13-9 in the end.

Despite the loss, there are a lot of positives to take from the Irish performance as they rose to the challenge of Italy in style, with some great moves to the basket and strong defence.

They face Serbia in their second pool game later this afternoon.