RECAP: Greece take the win over Ireland U18 women

RECAP: Greece take the win over Ireland U18 women 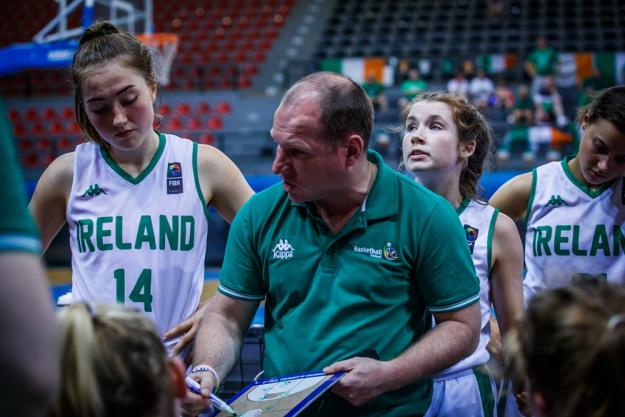 Ireland Under 18 women had to settle for second best at the FIBA U18 Women’s European Championship Division B this evening, as they lost out to Greece in a top of the table clash, 51-40.

Greece’s size under the boards - particularly in the shape of Ioanna Chatzileonti and Elisavet Bountouri - caused trouble for the Irish from the outset, seeing them secure 15 points from second chance opportunities overall. Indeed, too many unforced turnovers throughout cost Ireland dearly, with Greece capitalizing on the extra possessions to notch 18 points from turnovers, and their clinical execution on shooting didn’t end there, also shooting 88% from the free throw line.

A pacey first quarter saw the Greeks into an early 6-0 lead, before Alex Mulligan got the Irish scoring underway, with points following from Debbie Ogayemi and Abby Flynn. A huge three-pointer from Flynn just before the buzzer tightened the gap at the end of the first, to see Ireland trail by just four, 14-10. The second quarter was where most of the damage was done though, as Greece kept Ireland off the scoreboard until the closing two minutes, opening up a 16-point lead. Missed chances were the name of the game for the Irish, as their shots just were not dropping, and Greece punished at the other end with some slick back door cuts. A great score from Ciara Tolan finally broke the deadlock for the Irish, while a drive from Williamson and a free throw from Tolan closed out Ireland’s scoring to see them trail 28-15 at the half. 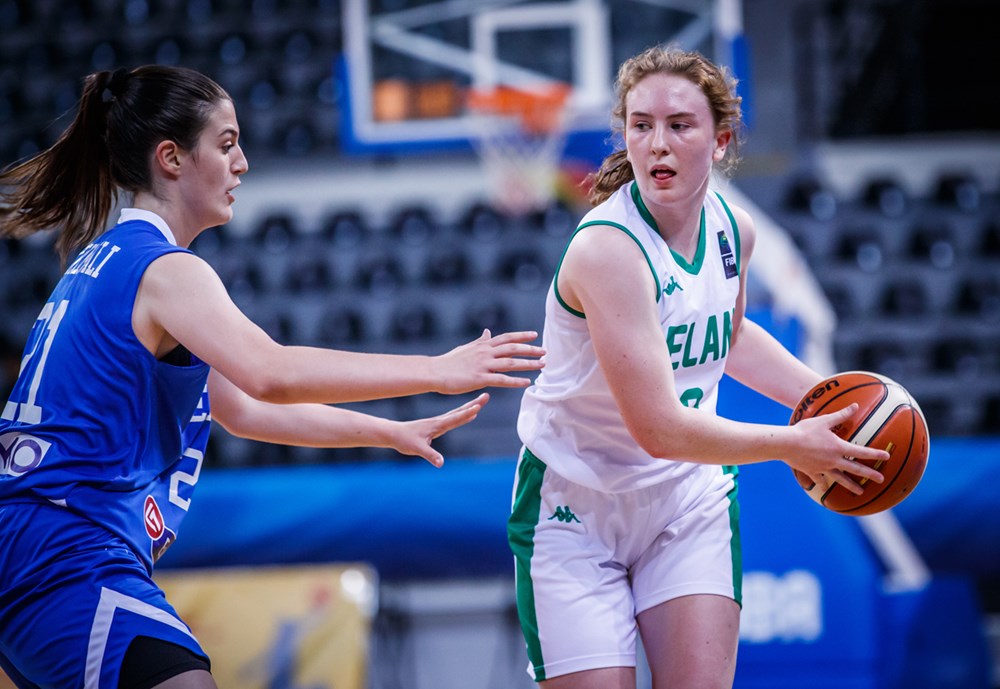 A much stronger third quarter from the Irish saw them find some rhythm at both ends of the court, with strong defense and Flynn, Katie Walshe and Williamson all adding good scores. Greece seemed to have an answer for almost everything though, and despite scores from Flynn and Williamson closing the gap back to seven points at one stage, Greece responded strong to lead 39-30. Mulligan was one of the standouts offensively for the Irish in the fourth, as they went on the hunt for key scores. She, along with Niamh Kenny, pitched in with some nice early scores, and a bucket from Flynn followed. Despite a strong second half display from the Irish, the Greeks were just too clinical in their execution and time ran out for the women in green as they lost out 51-40 in the end.

“We’re disappointed with the result and probably disappointed with the performance in the first half,” admitted assistant coach, Karl Kilbride afterwards. “We lost the second quarter by 11 points, and lost the game by 11. We felt we left a lot behind us there. It was much improved in the second half, we picked it up defensively. It was offensively that probably hurt us, we became stagnant and got stuck on one side of the floor, but when we got out and ran we looked really good in transition. We missed 11 free throws, so when you lose a game by a handful of points, those are the things you look at and come back to haunt you. But we won the second half, it was a much better performance and we’ll have to take that performance now to Romania tomorrow.”

Ireland face off against Romania in a crucial clash tomorrow at 3.30pm Irish time, as a win tomorrow will see Ireland finish second in the group.