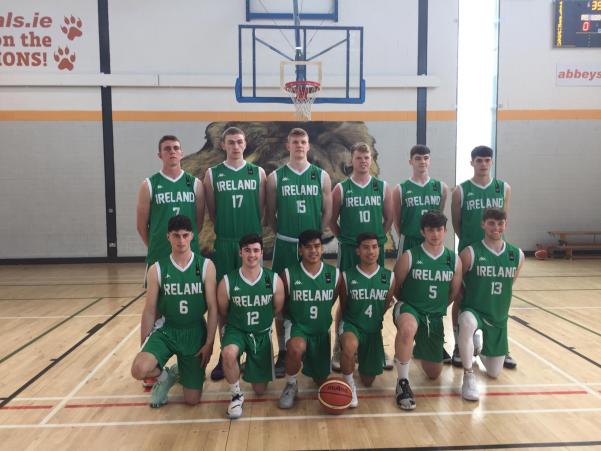 The Ireland Under 20 Men’s team will tip off their 2019 FIBA U20 Men’s European Championship Division B campaign in Matosinhos Portugal, this coming Friday, July 12th.

Ireland has been drawn in one of the toughest groups of the tournament, Group A, alongside favourites Russia (who they face in the opening game) as well as Belarus, Hungary and Iceland.

Speaking ahead of the tournament, head coach Mike Lynch said: “The management and players are relishing the opportunity to play at this year’s Under 20 European Championships. While we have only been together for a short time, the team have worked very hard and are a determined group of players. We have a number of players participating in the Euros for the first time and they have received great support and encouragement from the rest of the squad."

All games will be live streamed on the FIBA YouTube channel, with live updates on the Basketball Ireland's Twitter (@bballirl).

You can view the game schedule below.

Ireland U20 Men Fixtures at FIBA U20 European Championships

Rest day for all teams