RECAP: Heartbreak as Ireland U20 men lose out in last seconds 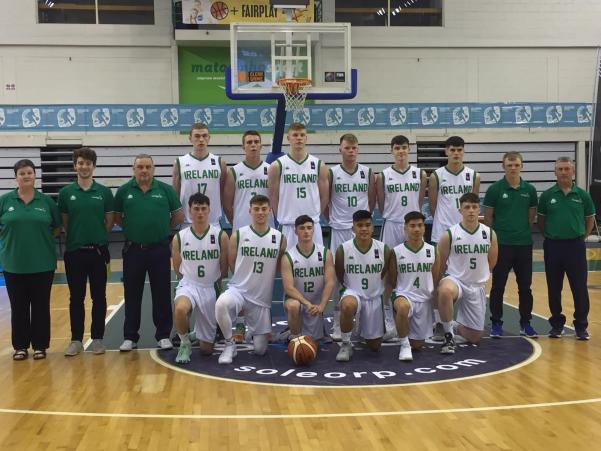 The Ireland Under 20 men lost out to Luxembourg, 64-66 in their final game in the FIBA U20 Men’s European Championship Division B in Portugal and finished in twentieth place.. It was heartbreak for Ireland as Luxembourg hit a go ahead three pointer in the last seconds of the game.

Ireland had been chasing the game from a poor second quarter after a bright start to the game. Darragh O’Sullivan and Eoin Nelson were again to the fore, getting the opening three scores before a Kris Arcilla hit a three to tie the game at 9-9 after four minutes, Conor Liston and Tadgh Crowley kept the scoreboard ticking over with O’Sullivan and Nelson finishing off some good basketball to leave it 17 – 20 in favour of Luxembourg after the first quarter.

The second quarter was poor as in the previous game despite Finn Hughes getting a quick five points in the opening minutes, Ireland failed to score for the next six minutes and were down 10 before Liston made a free throw. Eoin McCann stepped up and had six point to close the quarter and reduce the deficit to five, it was Ireland 29 – 34 Luxembourg at the half.

As in the previous game, Ireland knew that the game could get away from them quickly and that they needed to start the third with focus and intensity, and that’s what they did, O’Sullivan had a big step back three before McCann and James Gormley made their free throws to leave it 39 – 37 in favour of Ireland midway through the quarter. However, the excellent Kovac for Luxembourg finished the quarter very strongly to leave it 45 – 51 Luxembourg going into the fourth.

The fourth quarter was back and forth, Liston and O’Sullivan got it back to a one-point deficit after 90 seconds but try as they might Ireland wouldn’t get the lead back until 1.29 left on the clock. It was shaping up to be a cracking last minute and so it proved to be. Liston hit the big three to put Ireland up two, 61-59 before Luxembourg equalised. After an Ireland timeout, Hughes hit a three to put Ireland up three with 45 seconds to  go, Kovac’s drew the foul and made both of his free throws to leave it 64 – 63 with just under 20 seconds to go, Ireland missed two attempts to add to their lead before that man Kovac’s found Medeot in the corner for a three pointer to put Luxembourg ahead with less than 5 seconds to go. Ireland’s next shot just missed and Irelands hearts were broken as the full time buzzer went. It finished Ireland 64 – 66 Luxembourg.