RECAP: Ireland U18 men storm home to big win on Day 2 at Euros 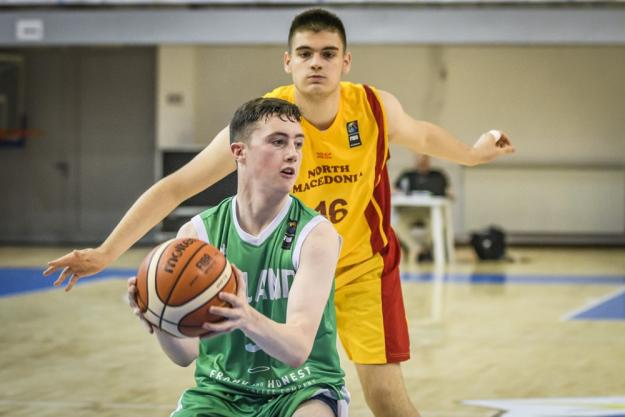 The Ireland Under 18 men’s team drove home to a big win over Slovakia on Day Two at the FIBA U18 Men’s European Championship Division B in Romania this afternoon, winning out 89-57 in the end.

A superb team display from the boys in green saw them take control from the start of the second quarter and they didn’t look back from there, with Paul Kelly and CJ Fulton two of the many stand outs in a fantastic team performance - the latter finishing with 10 points, seven assists and six steals. There were stars all over the court though with Dubliner Matthew Harper top scoring for the side with 16 points, while Sanmi Fajana and Nate Moore also put up big numbers for the boys in green.

Slovakia got off to the stronger start in the early exchanges of the first quarter, opening up a 5-11 lead by the midway mark. Two big scores in a row from Rapolas Buivydas followed by a solid drive from Fajana closed the margin once more, while a big three from Harper and a superb finish from James Connaire sent Ireland into the lead at the end of the first, 20-16.

A massive 26-point second quarter from the Irish followed, as they really hit their rhythm with Harper, Fulton and Tiernan Howe superb on offense, punishing Slovakia with brilliant shooting at every turn. David Lehane put in a big quarter for the side, running in some brilliant scores, and with great rebounding from Fajana, Fulton and Connaire, Ireland drove into a 46-31 point lead at the half.

The third quarter saw Ireland again put in another 26-point display with Harper once more to the fore offensively, adding another five points to his tally. Scores from Kelly, Fulton and Fajana followed and despite some sharpshooting at the other end from Matej Simonak – who had 10 points in the quarter – good defense from Ronan Cregan and Daire Kennelly helped stem the tide to see Ireland lead 72-46 going into the last. A superb fourth quarter followed with Cregan adding two great scores after some fantastic work on the defensive end, Buivydas was also dominating under the boards, while Leeroy Odiahi had the crowd on its feet with a superb dunk and Ireland ran out deserving winners, 89-57.

Speaking afterwards, head coach Paul Kelleher stated: “I’m feeling better after that performance. The leadership of CJ Fulton and Paul Kelly off the floor over the last 18 hours – or since last night’s game - was fantastic, they got the energy of the boys going. It’s a good confidence booster now under our belts.”